How We Imagine A Nation part 2

Home / latest / How We Imagine A Nation part 2 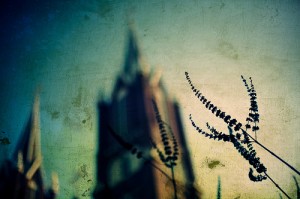 In part 1 I introduced a theme/thesis for this series of posts:

These three aspects, illustrated as legs on a table, provide a stability upon which both national identity and personal belonging rest. Expectations for behavior and vessels of meaning are then hosted within that conception.

One impact of this capacity to conceptualize national identity and belonging is in answer to the question “what would make someone be willing to die for their country?” Anderson proposes a model of historic drift where sovereignty, which had previously been located in either religion or king (or both), has shifted decisively to the Nation in recent centuries. This is a dramatic innovation and recognizing nationality as a valid location for sovereignty has significantly altered matters related to loyalty, sacrifice and belonging.

Anderson proposes a definition of the nation as “an imagined political community – and imagined as both inherently limited and sovereign.” The distinction of imagined because “the members of even the smallest nation will never know most of their fellow-members, meet them, or even hear of them”.

Communities are limited because there must be some distinguishing demarcation outside of which are other communities (nations), which provide both competition and opportunities for cooperation. This distinction provides a vital function as classifications such as all of us are difficult without the contrast inherent within the project of establishing communities. It is difficult to conceptualize amorphous membership in groups such as everyone and all.

Communities are imagined as sovereign “because the concept was born in an age in which Enlightenment and Revolution were destroying the legitimacy of the divinely-ordained, hierarchical dynastic realm.” [2]  The dissolving social order of caste and class provided more level (if desperately unequal in reality) conception of both membership and participation for the mass of the population. This perceived leveling and opening gave rise to a new capacity for sacrifice on behalf of the imagined entity – an entity that was not solely and externally located in eternity or beyond, but in an ideal which one was associated (belonged) and participated and was thus responsible. To die for a religion (God) or a King was to reinforce that social order which established the hierarchical strata. Locating sovereignty within the conception of Nation – however dispersed and elusive – was a profound change.

In 1922 Carl Schmitt wrote his famous work Political Theology: Four Chapters on the Concept of Sovereignty. In this book he makes two extraordinary claims: the first is that sovereign lies with the one who has the power to make the exception, the second is that “all significant concepts of the modern theory of the state are secularized theological concepts.”[3]  In 2011 Paul Kahn wrote an engagement of Schmitt’s work with four new chapters on the same subject. Kahn’s work is helpful in understanding this initial shift under consideration.

The capacity for the state to ask for this kind of sacrifices, the power to pardon – which is a remnant of Kingly authority, and the symbolic notion of a flag that needed to be defended are all remnants of a religious notion. The very word sovereign is borrowed from religious vocabulary.  Kahn explains:

Political theology today is best thought of as an effort to describe the social imaginary of the political… (arguing) that secularization, as the displacement of the sacred from the world of experience, never won, even though the church may have lost. The politics of the modern nation-state indeed rejected the church but simultaneously offered a new site of sacred experience.[4]

You can begin to see why the constitution is often thought of and talked about as an inspired document (sacred text) and why those who were responsible for it’s creation (founding fathers) are celebrated at patriarchs.[5]

If Schmitt is right – even partially – then all of these similarities are neither trivial nor inconsequential.

The power of the state to ask for death in order to preserve itself and the capacity of people to willingly offer their lives in defense of that conception is profound. The notion of the sovereign holding the power of exception goes all the way from the individual being pardoned (as referenced earlier) to modern realities impacting all of humanity.

The President has the ability to launch nuclear weapons if he or she was to view that the national interest was in jeopardy. Kahn uses this to illustrate his point.

The answer is ‘only something that is of ultimate concern’.  The modern conception of the state is thus a result of religious conceptions and has replaced (in some sense) religion as the location of sovereignty one is willing to ultimately sacrifice and die for. Nation is a construct of transcendent meaning found in an imagined community.[6]

[6] It is not difficult within this framing to view contemporary movements such as the Tea Party as merely an extreme example of a group calling for a romanticized notion of an imagined past or legacy.