Are you ready for a super fun and nerdy podcast? 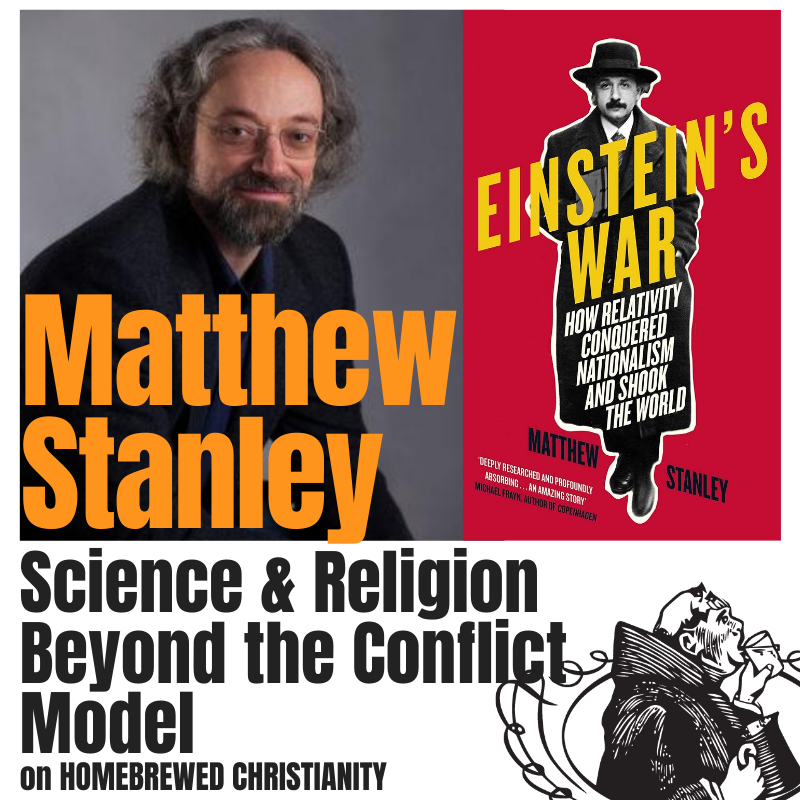 Dr. Stanely has been an important thinker for my current research project. His book on renowned Quaker physicist Arthur Eddington was one I kept on telling friends about. When his new book Einstein’s War came out I knew it would make for a good reason to have him on the podcast. My high expectations for the conversation were not just met but exceeded. As a historian of science who works in the conversation between religion and science, there were a bunch of different topics that came up we both love talking about. Hopefully this will not be his last visit on the podcast. In the conversation we discuss:

PS: Einstein’s War: How Relativity Triumphed Amid the Vicious Nationalism of World War I, just came out in paperback. As you will hear in the interview, it is too good to miss.

Matthew Stanley is professor of the history of science at New York University’s Gallatin School of Individualized Study. He has published two academic books and has written for Physics Today, Physics World and the Los Angeles Review of Books. He has a podcast, What the If?!?, and has appeared on documentaries on the History Channel, BBC and NPR.

Check Out his books!
Einstein’s War: How Relativity Triumphed Amid the Vicious Nationalism of World War I,  Practical Mystic: Religion, Science, and A. S. Eddington, and Huxley’s Church and Maxwell’s Demon: From Theistic Science to Naturalistic Science.