Paul, Empire and the Arrogance of Nations: Neil Elliott 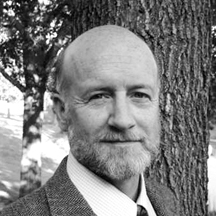 Neil Elliot talks to Tripp about Paul, Empire and the Arrogance of Nations.  In this conversation Neil helps us set the book of Romans in its historical, political, cultural, and religious context.  When Romans becomes theologically alive again it has a word to speak about the Imperial situation in today’s politics.

Neil was an early pioneer in the rather busy academic world of Paul and Politics.  One of the things I really appreciate about the conversation with Neil is his concern about congregations, working ministers, and Christians wrestling with the theological vision of Paul as it is re-expanded in light of new scholarship.  It is easy to do scholarship without thinking of those to whom the texts one speaks of are scared, dear, and direction for ones living and it is also pretty easy to know what is going on in the academic world and not try to bring it down to the grassroots level but Neil rocks it on all fronts.  I really hope you really enjoy the conversation and if you are a Paul hater maybe you will decide to give him a second look.