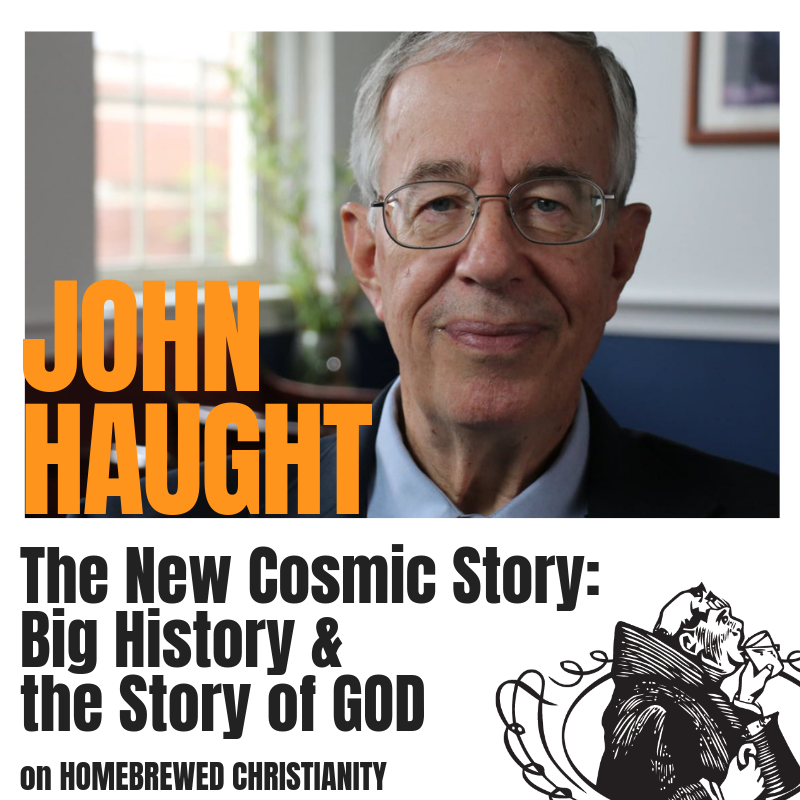 For a long time I have been a fan of John Haught’s work. He is a Catholic theologian, invested in the conversation between religion and science, who brings together two of my favorite thinkers – Pierre Teilhard de Chardin and Alfred North Whitehead. His recent award winning book, The New Cosmic Story: Inside Our Awakening Universe, Haught’s mature theological voice is at work in a serious way. There he argues that an adequate understanding of cosmic history requires attention to the emergence of interiority, including religious aspiration.  We discuss that and a number of other topics in this conversation including…

John F. Haught is Senior Fellow, Science & Religion, Woodstock Theological Center, Georgetown University. He was formerly Professor in the Department of Theology at Georgetown University (1970-2005) and Chair (1990-95). His area of specialization is systematic theology, with a particular interest in issues pertaining to science, cosmology, evolution, ecology, and religion.