The Road To Edmond: a provocative film that questions faith, sexuality, and Jesus.

Home / Blog / The Road To Edmond: a provocative film that questions faith, sexuality, and Jesus. 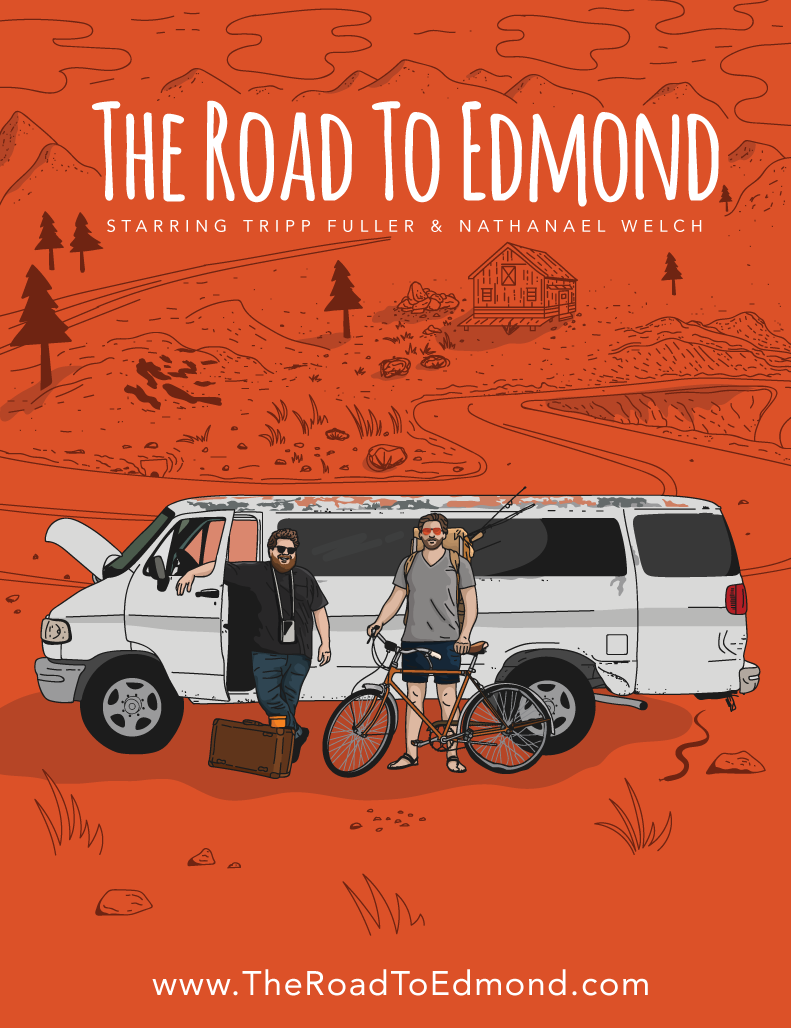 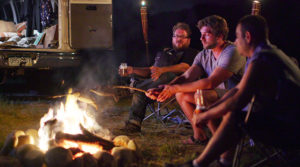 Imagine a youth pastor (aka Cleo) whose love for a teenage girl puts his job at the church in jeopardy. No – not an under-age, pervy sorta love. We’re talking about a level of care and acceptance that most churches aren’t too fond of. (Now you’re wondering what her deal is, aren’t you?) The Elder Board puts Cleo in a two-week Jesus timeout, so he packs a bag, hits the road on his bike, and runs into a hairy guy named Larry traveling with his dead Dad. (Actually, Larry runs into Cleo, but we’ll leave that for the film.) All kinds of craziness ensues causing Cleo to question faith, sexuality, and Jesus…including how far is too far. It’s weird, and you’ll love it…we promise.

Why we made this film… 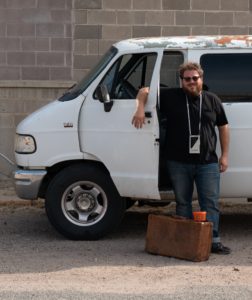 Have you ever imagined life as an adventurous road trip with bumps and twists and turns that take us to places we didn’t even know existed? We get to eat a lot of snacks and sing epic songs and ask each other crazy questions. Can you imagine if no question was off-limits or too far out there? What if we could talk about things like faith, sexuality, and Jesus without worrying about the church lady giving us a lemon-faced look of disapproval?

That’s what The Road to Edmond is all about – an indie film that’ll make you laugh out loud AND think deeply about your faith (even if you think you don’t have one). We’re not talking about a big-budget flick controlled by the Hollywood elite. We’re just a group of filmmakers and friends who care deeply about the big questions of life, and we want to have honest conversations about them. We believe this movie has the potential to create space for millions of people to ask meaningful questions that many of us have been too scared to ask.

FILM NOT YET RATED: Profuse upper-body male nudity as well as a bit of cursing, alcohol, and drug usage. 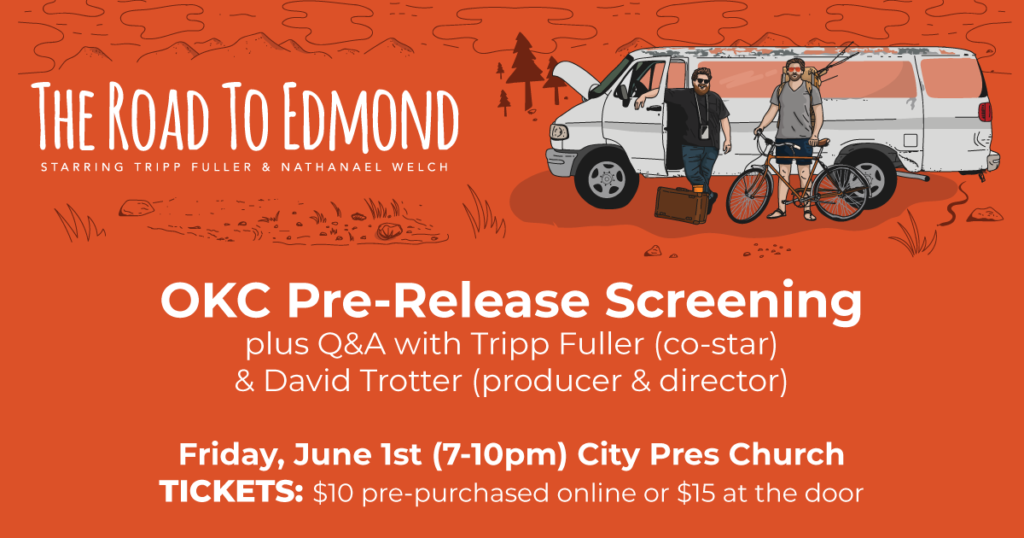 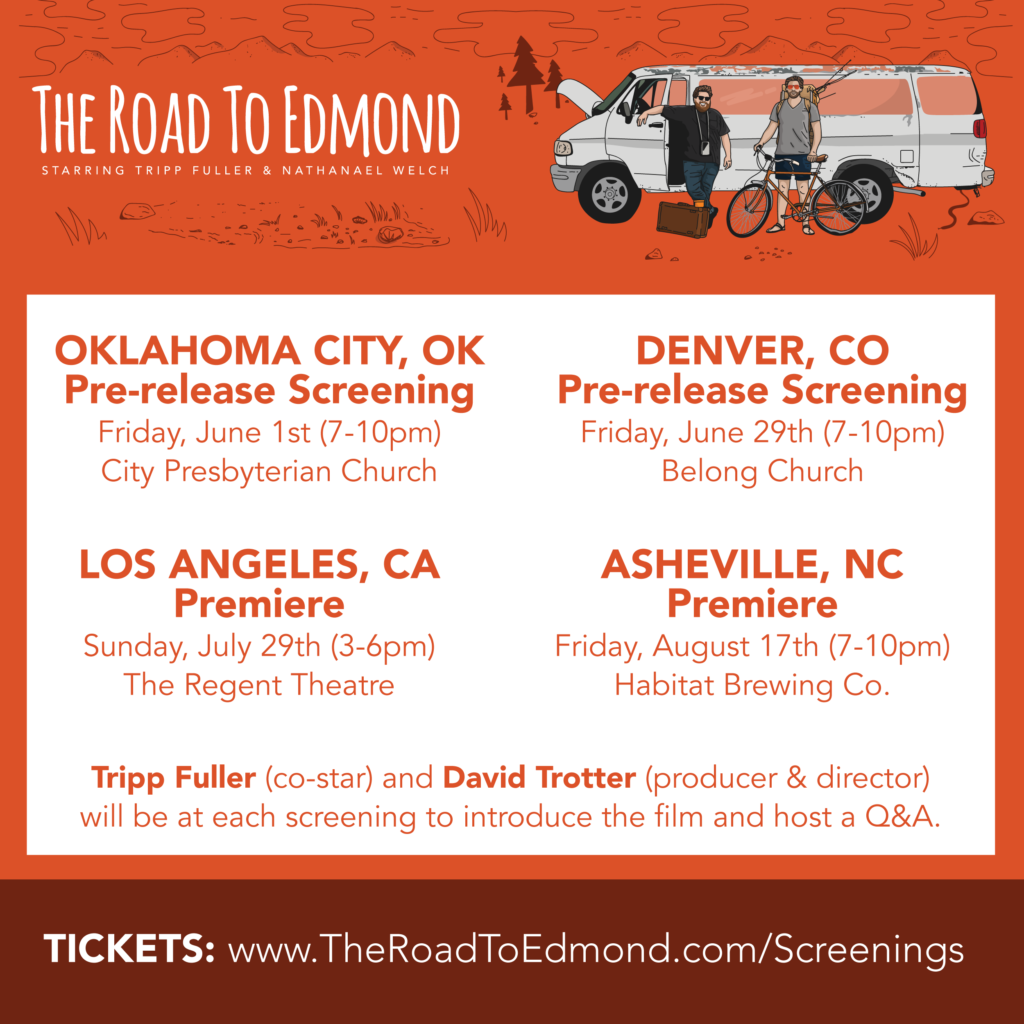 By contributing $100, your name will be listed as an Associate Producer in the credits at the end of the film as well as on the film’s IMDB.com page. In July, you’ll also gain exclusive access to our online VIP Experience that will include a four-week small group video curriculum by Tripp Fuller entitled, “How Far Is Too Far?: Sexuality and the Bible” as well as the streaming version of the movie in early September. Your contribution will help us spread the film (and its message) nationwide! 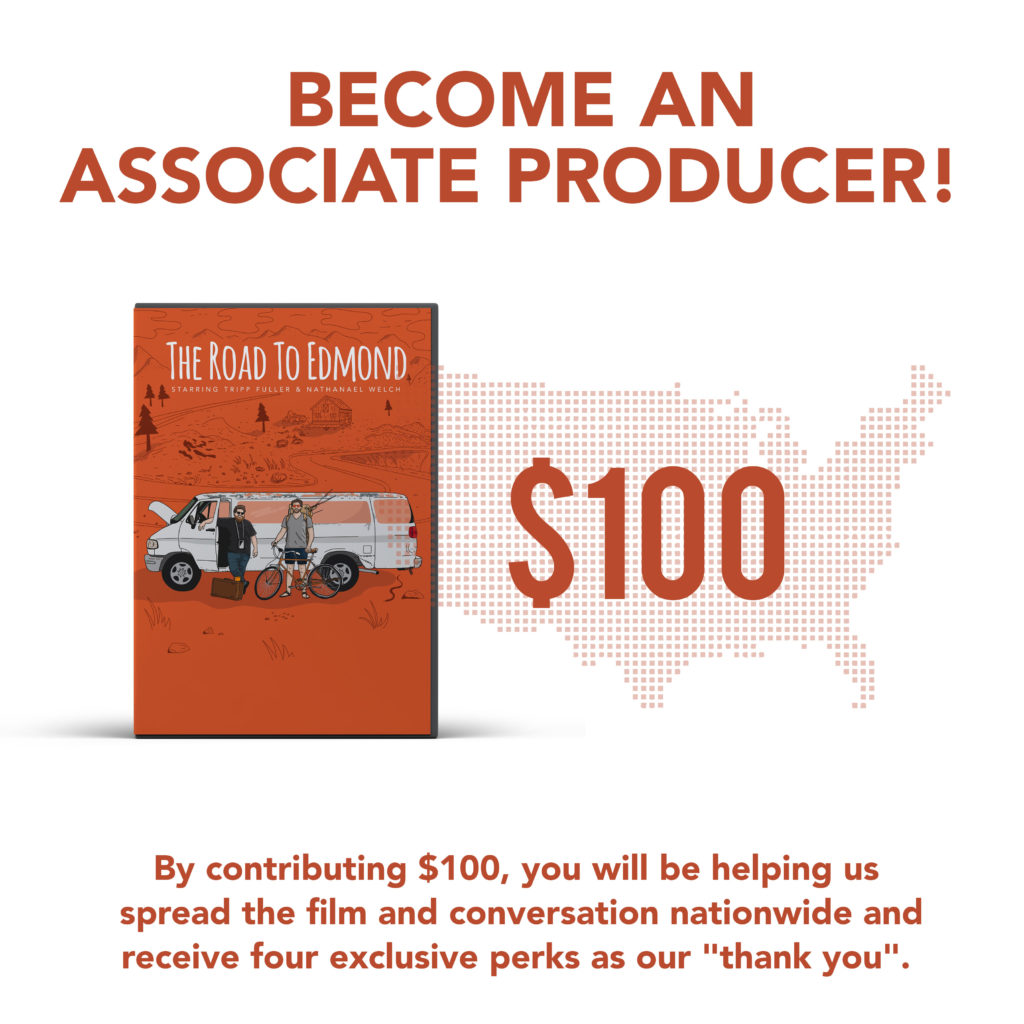