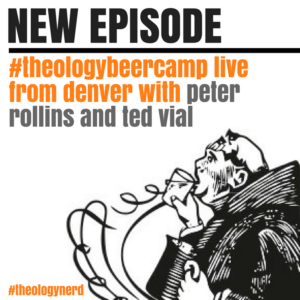 We’re going back to the summer of ’17 for the first night of #TheologyBeerCamp in Denver. Peter Rollins and Tripp will give you the 3 essential rules for Theology Beer Camp, tell the story of how they became friends, and what it was like living together. Pete explains why he thinks pastors have superpowers and gets honest about what he thinks about Tripp’s beliefs.

Tickets for Theology Beer Camp in Asheville, NC this August 16-18 are on sale now. Ticket prices go up at the end of April, and there are only a limited number of seats available (did we mention it is in brewery?), so act fast before they sell out and prices go up. Activist theologian Robyn Henderson-Espinoza and Lindenwood University professor W. Travis McMaken will be joining us for the 10th anniversary of Hombrewed Christianity – plus many more secret guests.