#HBC10: Evidence That Demands A Podcast with Sean McDowell

And now for something completely different.

HBC’s birthday week continues – so make sure to go to theologybeercamp.com and score some cheap tickets before time (and space) runs out! 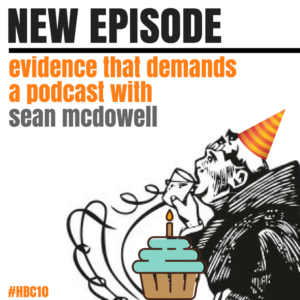 Sean McDowell, Associate Professor in the Christian Apologetics program at Biola University, and son of Josh McDowell, is on to talk about the newly revised and updated Evidence that Demands a Verdict.

Sean and Tripp talk about a lot things, including: 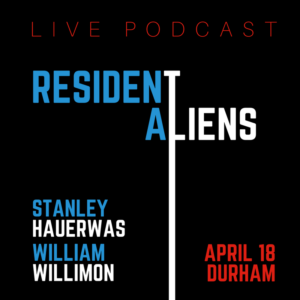 Plus, Sean talks about role-playing an atheist, the confrontational tone of the title, the cultural shifts that have taken place between the first edition and this one, relating to other parts of the church who don’t agree with him, the ways in which the Enlightenment has shaped this conversation, issues of sexuality in the Bible and the early church and the changing role of women in scripture.

To celebrate the 25th anniversary of Resident Aliens, Emmaus Way is hosting this live podcast with featured guests
Stanley Hauerwas & William Willimon. Tripp, along with the Crackers and Grape Juice podcast, will be engaging Resident Aliens, and interviewing Stanley and William.

There will be live music, fresh brews, nerdiness, and more! Click here for tickets and more information.