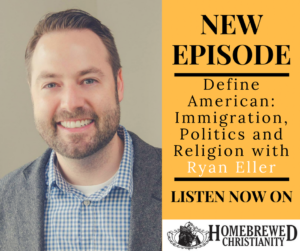 Rev. Ryan Eller, master storyteller and executive director at Define American is on to talk about politics, religion, and immigration. Define American is a non-profit working for immigrant rights. They have a lot of local chapters all over the country, organize on college campuses against alt-right groups, and have a film festival that highlights how we all intersect with one another.

Ryan talks about his experience as a baptist in Appalachia, how he ended up working for political campaigns, and finally ended up with Define American. He gives advice for those who want to figure out how to take action around an issue or passion, talks about the difference between letting your faith direct your political action and letting your political beliefs shape your faith, the radical Baptist heritage, the hypocrisy of conservative Christians, the fatalism of Appalachia and how growing up there has informed his faith, and why rural white poverty is not a real concern in the political landscape.

Tripp and Ryan also talk about what forced migration looks like today, how it is changing and will change America, and some of the lies that are being told about immigrants in America.

Plus, Tripp and Ryan throw some shade and exegete a Jerry Falwell Jr. tweet, and 3 myths the church believes that prevent action from being taken. Watch Ryan on the Tucker Carlson show here and answer three questions sent in from Homebrewed listeners here. 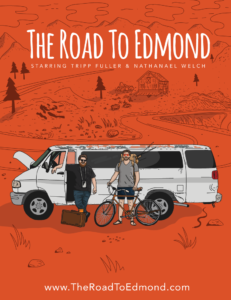 And don’t miss out on seeing the first screening (or hosting one!) of The Road to Edmond – a buddy road trip comedy about American Christianity staring none other than Tripp himself! Click here for more details on how to see a screening, stay updated on the movie’s progress, and listen to interviews with the cast and crew.