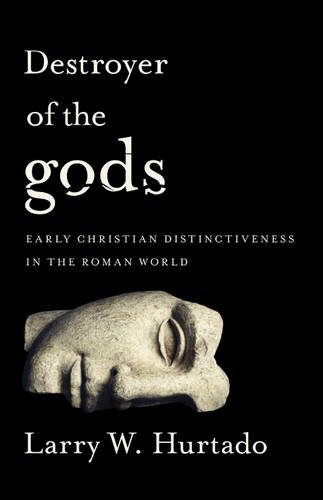 After you hear this interview you are gonna want to get Hurtado’s new book Destroyer of gods. In the conversation we discuss just what made

Christianity a distinctive religion in the Roman empire and what came to distinguish Christianity from Judaism. What Hurtado does a great job explaining is just how what we call “religion” is a product of Christianity’s emergence in the Roman world.

Dr. Larry Hurtado was born in Kansas City, but spent much of his career in Scotland until retiring as Professor of New Testament Language, Literature & Theology at the University of Edinburgh. He is known for his research into the origins and development of “devotion to Jesus” in earliest Christianity, and also on textual criticism and the study of earliest Christian manuscripts as informative artifacts of ancient Christianity.

Theology Beer Camp is filling up and it is time for you to say YES to three days of brews, sun, and nerdy goodness.

The event website will be live soon and details about speakers, the schedule, beers, housing, and such will be available. BUT here’s one thing you should know…

…. there shall be a BATTLE of EPIC proportions ….

The SoCal Hop Battle. Get Thirsty!