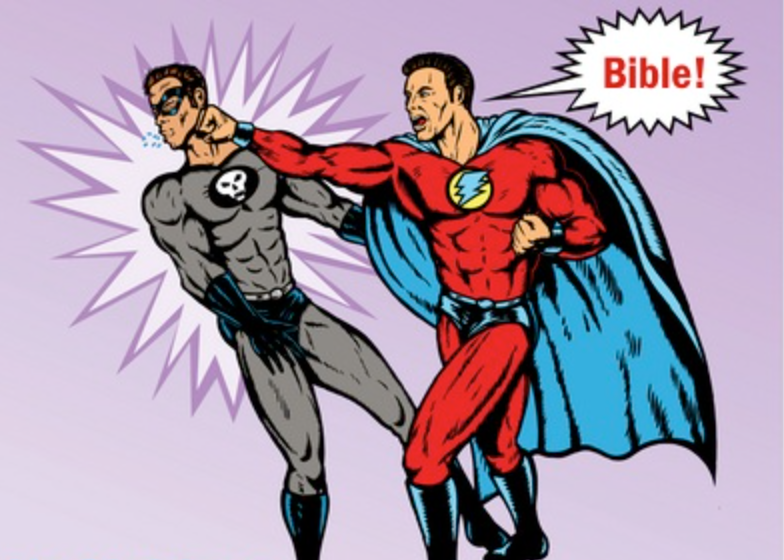 In the CLOBBERCAST we tackle all the clobber passages some Christians use against the LGBTQ members of the church. Not only do we end up discussing the pastoral consequences and personal tensions connected to the larger conversation, but Rev. Mixon and Daniel share their own personal and powerful stories.

Tripp and Daniel are joined by Pastor Rick Mixon from the First Baptist Church, Palo Alto. Rick has been Senior Pastor of FBC Palo Alto since 2006.  Rick Mixon has been serving as an openly gay pastor in the American Baptist church for decades. He brings a barrel-aged-wisdom to the infamous clobber passages and these seemingly new struggles in the church.Previously, he served pastorates at Dolores Street Baptist Church in San Franciso and the First Baptist Church of Granville, Ohio. In addition to his ministerial training, he holds a Ph. D. in religion and psychology from the Graduate Theological Union and worked for many years as a psychotherapist and adjunct faculty at Holy Names College (Oakland), Pacific School of Religion (Berkeley) and Saybrook Graduate School in Humanistic Psychology (San Francisco.)

(non-Christian) neighbor as his straight self. While several of the clobber passages were mere adornments on along the way, a couple put up significant roadblocks. Unsurprisingly, those final roadblocks were cleared in tandem with his parting of ways with Fuller seminary this past year. Daniel is writing an ebook about his journey to becoming an open and affirming evangelical New Testament professor that should be available soon. A fuller treatment is in the works, walking through how we can say yes to the work of God in the lives of our same-sex partnered sisters and brothers, affirm the place of scripture in the church, and say no to the passages that condemn same-sex intercourse. Expect to see Gender, Race, Sex, and Power in 2017.