The Uncontrolling Love of God 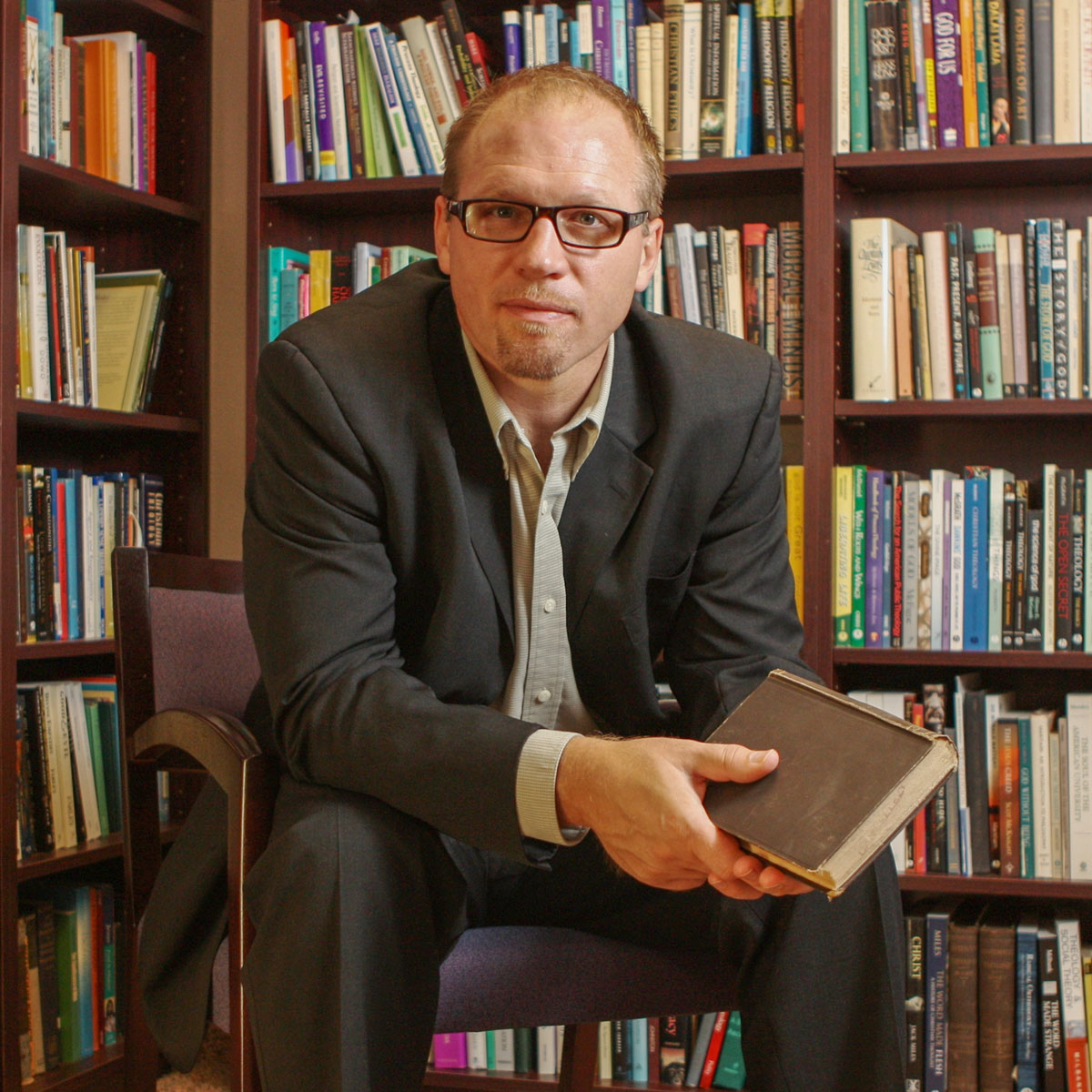 REVIEW: The Uncontrolling Love of God: An Open and Relational Account of Providence by Thomas Jay Oord.

I first encountered open theism in a book called The Openness of God, with chapters by theologians John Sanders and Clark Pinnock. Their arguments for a God who is often surprised by events resonated with me. Rather than a God who exists beyond time, the open God is deeply involved in history and affected by human activity. God is not a timeless “unmoved mover,” but the “most moved mover”, the One “who risks” genuine relationships with creation.

Bridging open theism and process theology, Thomas Jay Oord’s The Uncontrolling Love of God proposes a new model of open and relational theism that he calls “essential kenosis.” Although Oord has been developing this position for years, this is his most complete theological statement yet. Drawing on biblical scholarship, philosophical theology, and science, Oord hopes to make sense of a world filled with genuine evil and good, randomness and regularity, freedom and limitations. How can a loving God be active in the world in the light of evil and randomness? Is it enough to say that God permits evil events without causing them? While attempting to provide plausible answers to these questions, Oord writes with impressive clarity. This is not only a brilliant work of constructive Christian theology, but also one of the best introductions to open and relational theology that I am aware of.

Drawing on real life stories of human suffering, Oord begins by outlining common responses to the problem of evil: God permits evil so that we can know the good; what seems to be evil is predetermined by God as part of a divine plan; God allows evil to make us stronger; God suffers with us, even though God could have intervened to stop evil. But Oord finds these explanations unsatisfying because he affirms the realities of genuine evil (i.e., not all evil makes us stronger, is part of God’s plan), randomness, and divine love.

Some scientific materialists and Christians deny randomness: “According to the skeptics of genuine randomness, either God above or the atoms and genes below entirely determine our world” (32). But for Oord, randomness is supported by “our basic intuitions,” and by the most widely accepted theories in physics and biology. Philosophers like C.S. Peirce and A.N. Whitehead also argued for the reality of chance, along with many biblical authors. It thus seems reasonable to view the world as characterized by randomness and regularities: “The right combination of randomness and regularity makes the universe capable of existing, evolving and developing novel forms of life” (43).

Oord then argues for a robust conception of free will – although the problem of evil is not solved for him by a simple free-will defense. If evil is thus a challenge for theists, the ‘problem of good’ challenges atheists: how does one account for goodness, love, and generosity? While scientific materialists reduce these realities to “mechanisms for gene replication,” Oord believes that it makes more sense to view them as derived from God. I must admit that I would have liked to see other kinds of materialists or naturalists considered to complicate this moral argument for theism – which is a rare moment in this otherwise great

book that deserved further discussion and development. To mention just one example: William Connolly is a process naturalist and “new materialist” who affirms freedom, evil, and randomness, much like Oord, but differently argues for a pragmatic “ethic of cultivation” without theistic foundations (see Fragility of Things, pp.130-138). In a future possible dialogue with such an immanent account of ‘the problem of good’, Oord’s argument against a nontheistic worldview would need to move beyond a critique of scientific reductionism and to also consider other thorny philosophical issues that a materialist like Connolly would raise (e.g., postmodern and pragmatic criticisms of foundationalism, transcendence, ontotheology, etc.). Even so, Oord’s bold argument for a theistic foundation for values is worth considering: “materialism without transcendence cannot offer a satisfying explanation of reality” (76). As source of values, God calls creatures to the good. This points to the book’s key concern: providence.

How does God act? Oord outlines seven responses to this question: 1) Calvin’s view that God causes everything; 2) God empowers humans with freedom, but sometimes overpowers; 3) God is voluntarily self-limited (Moltmann’s kenotic theology); 4) God is involuntarily self-limited (Oord’s essential kenosis); 5) God sustains as impersonal force, without variable influence or interventions (Tillich’s ground of being); 6) God is initial creator and current observer (deism); 7) God is mystery, so there is no way to model providence (Barth’s neo-orthodoxy, Caputo’s theopoetics). Oord criticizes the first three for failing to make sense of evil by affirming a God who either causes or allows evil. Five and six are primarily rejected for lack of biblical support, while the “apophatic” positions in seven are criticized for refusing to make sense of faith. I admire Oord’s kataphatic commitment to “make sense.” But especially as a student of Catherine Keller, who develops an apophatic-relational theology in her work, it seems to me that a more nuanced discussion of apophaticism could have enriched this section. Indeed, Oord’s essential kenosis would arguably benefit from a deeper engagement with the via negativa.

Oord then surveys open and relational theologies, all of which affirm a relational God of love, and an open future. This leads to Oord’s critique of Sanders’ open theology of providence. Oord agrees with much of Sanders’ proposal, but he “disagrees when Sanders says God allows or permits genuine evil” (137). Sanders fails to provide a plausible answer to the problem of evil because he does not make love God’s primary attribute. Instead, Sanders – like many theologians – implies that “God’s power logically precedes divine love in divine decision making” (145). Oord’s position of essential kenosis alternatively claims that God’s nature is primarily defined as uncontrolling love, rather than power: “If love doesn’t force the beloved and God is love, God can’t force the beloved.” (146).

Essential kenosis is explained and defended in the book’s penultimate chapter. Oord argues that “kenosis” (Phil. 2:7) is best translated as “self-giving,” which implies non-coercive power. Thus for Oord, kenosis means that God’s providence is “other-empowering,” and seeks to “promote overall well-being” (160). If God is essentially kenotic love, then “God is not free to choose whether to love because God’s nature is love.” And yet God can choose “how to express love in each moment” (161-162). As such, God necessarily provides existence and regularities to the world, along with agency and freedom to creatures. God continuously creates out of what God previously created (creatio ex creatione), but never in a controlling way. Divine power is essentially persuasive, neither because God is voluntarily self-limited, nor because God is externally limited, but because love precedes power in the divine nature. Thus, “God cannot unilaterally prevent genuine evil…there are limits to God’s power” (167). As in process theology, divine action occurs through God’s provision of ideal possibilities to creatures, who respond positively or negatively to the divine call.

Oord concludes by showing how essential kenosis accounts for the reality of miracles, including physical healings. He argues that miracles do not involve interventions, but God’s gift of “new possibilities,” which can lead to “dramatic or remarkable ways of existing should they be embodied” (199). Thus, miracles require the cooperation of God with humans and other entities capable of responding to divine action: “when creatures cooperate with their Creator, shalom may unfurl in extraordinary ways” (200).

As an evangelical, Oord humbly affirms a more traditional view of miracles than most process theologians, who are typically open to some miracles while doubting that Jesus was physically resurrected through divine persuasion, or that “nature miracles” in the bible were historical (e.g., parting of the Red Sea, Jesus walking on water). Such events seem to require coercive interventions. But Oord not only affirms these events as historical; he also believes that essential kenosis offers a plausible explanation for how such miracles can occur without supernaturalism. While this speculative argument may not convince skeptics, Christians who are already inclined to affirm miracles could find it helpful. This seems to be Oord’s primary concern, after all: “Perhaps the definition of a miracle I have offered, which denies coercion and acknowledges creaturely cooperation, can give believers more confidence to claim that an unusual and good event involved special divine action” (216, my emphasis). So it would seem that, in the end, Oord’s robustly kataphatic theology of providence must also acknowledge the mystery of faith as its starting point, its groundless ground – and thus the unsaying of all theo-logical foundations.

I believe that Oord’s adventurous and provocative proposal in this book is a deeply important contribution to contemporary theology. Essential kenosis offers Christians a viable third-way between traditional theisms, which tend to privilege God’s power at the expense of genuine love, and certain liberal theologies that reduce divinity to an impersonal force, often at the expense of a God who acts in the world in response to creatures. The Uncontrolling Love of God certainly deserves the serious consideration of pastors, interested laypersons, and Christian theologians.