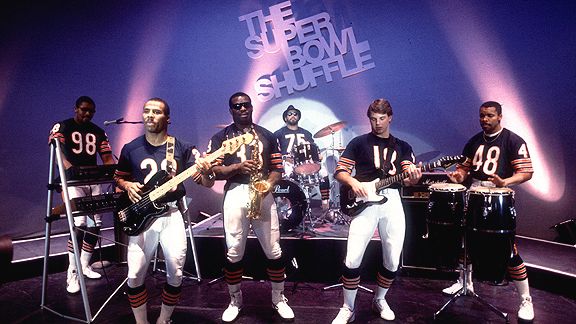 I am admittedly a child of the 80’s. I grew up in Cold-War paranoia and still find it difficult to understand how it has been 30 years since the Chicago Bears shuffled to a Super Bowl win under Coach Ditka.

I love reading books from the 80’s once in a while. There is something fascinating to me about how much the world has changed even in my lifetime! I used to love listening to my grandparents talk about all of the things they had seen since they were little. I soaked up stories about installing indoor plumbing, the purchase of a first TV, and life from the great depression to WWII.

Growing up in Chicago impacted me religiously. We still had the influence of the Jesus People evident, it was in the bookstore at Trinity Evangelical School of Divinity that found the Late Great Planet Earth is a used-book section, and we lived just down the road from Willow Creek – the home of the Seeker-Sensitive Church movement. It is little wonder I turned out to be a counter-cultural, semi-apocalyptic evangelist/apologist.

I sorta miss being able to think that the book of Revelation was a road-map to the end – instead of understanding it to be an imaginative political critique of the first two centuries CE.

I have a soft spot for the mid-80s and 1984 specifically. Part of it stems from the instant connection to George Orwell’s terrifying predictive dystopia from the famous book (written in 1949). It is fun to pair that picture with the realization that the movie Back To The Future came out in 1985.

Two of my favorite books were written in the mid-80s. To the first I find myself saying “ … and this was before the internet and cell phones!” – to the second I mumble “sadly, not much has changed … and it may be too late.”

The first book is The Reflective Practitioner by Donald Schon. I love this book! The only glaring gaps from its 1983 release is when he talks about both education and work/workplace management. It feels really dated at those moments and one begins to wonder what the author would say now with the internet and cell phones dominating so much of our day.

The second book is Theology For A Nuclear Age by Gordon Kaufman that I was using to prep for our Summer School High Gravity class. Here is the passage that stood out to me (formatted for blog):

New ways of thinking are desperately needed in our time. We can see this at many different points in the complex of cultural crises that confront us. We now realize, for example, as earlier generations apparently did not, that the earth has quite limited resources and if we do not move quickly toward conservation of energy, water, minerals, arable land and so forth, human life as we know it can no longer be sustained.

It is clear that we dare no longer think in terms simple of meeting out immediate short-range needs, whether as individuals or as societies; if we do not tak account of the long range consequences of our activities, the ecological crisis in which we now live will deepen beyond repair.

He goes on to address the futility of:

One of the reasons that I am excited to focus on Sheila Greeve Davaney’s Theology At The End Of Modernity through the course is because she has assembled a diverse group of thinkers writing in response to the questions that Kaufman raised. The opening chapter is by Sally McFaugue and provides an immediate lightning strike!

We have an interview coming out Monday with Bonnie Miller-McLemore and she echoes what I have heard from so many authors and thinkers – something changed in the 80’s. Elizabeth Johnson has said the same as did Grace Ji-Sun Kim recently.

The past 30 years have seen some pretty major shifts – in the culture, in the church and in the academy.

While I still have a fondness for my memories of the 80’s, I am excited to spend this Summer constructing a theology for the 21st century together.

What decade or era do you have a soft spot for?