P is for Perichoresis

Home / latest / P is for Perichoresis 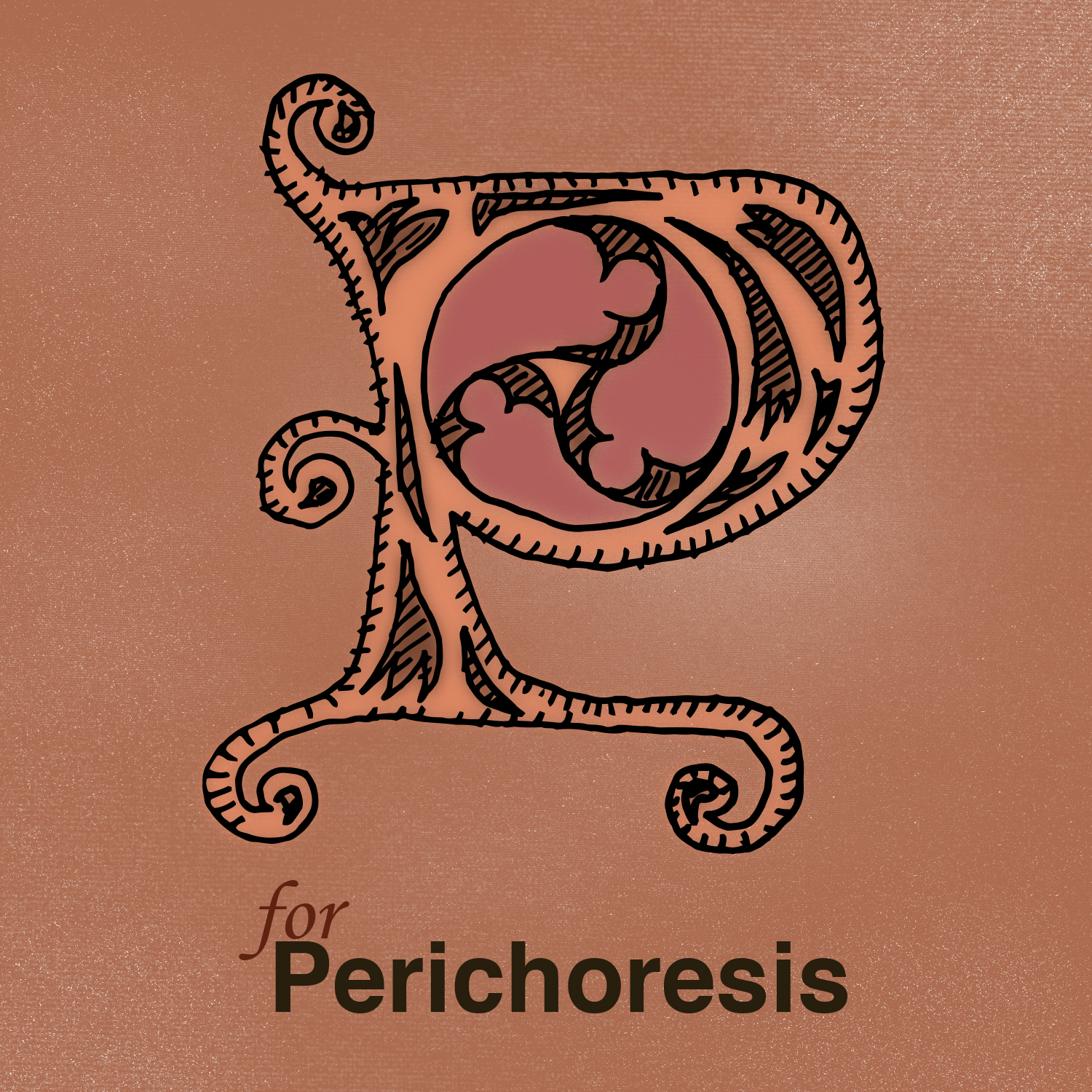 Perichoresis is the most beautiful and elegant picture of the Christian godhead that many Christians may be completly unaware of.

The easiest way to break down the word is:

It is the dance of the godhead. The picture is of movement and inter-relatedness. It is the constant exchange of moving around the edge – always providing space in the center. The concept is also known as cicumincession or interpenetration.

Circumincession: The theological concept, also referred to as perichoresis, affirming that the divine *essence is shared by each of the three persons of the *Trinity in a manner that avoids blurring the distinctions among them. By extension, this idea suggests that any essential characteristic that belongs to one of the three is shared by the others. Circumincession also affirms that the action of one of the persons of the Trinity is also fully the action of the other two persons.

In the gospels God points to Jesus and says “this is son in whom I am well pleased”. Jesus says “I do only that which I see the father doing”. The spirit anoints Jesus and empowers him to point people to God. Jesus leaves and sends/is replaced by the presence of Holy Spirit. This Paraclete leads into all truth and reminds us of what Jesus said (John 14:26).

Admittedly, talk about the Trinity gets complicated quickly. This is why so much contention surrounded the early churches’ councils and creeds. The filioque clause caused a schism between Easter and Western branches of the church in the 11th century.

Modern arguments abound regarding the hierarchy of Father-Son-Spirit. Contemporary conflicts multiply about the gendered language of trinitarian thought and moving toward formulations such as Creator-Redeemer-Comforter.

In fact, the list of early century heresies and modern attempts to revive or reformulate theories about the Trinity can make ones head spin. It takes upper level philosophy and vocabulary to explain how 3 can be 1 or how a monotheistic religion has 3 persons in the godhead. It gets even more complicated when one has to explain exactly what happened on the cross and where exactly ‘god’ was.
It can be done but it is sticky and messy to say the least.

Then there is the whole matter of the ‘economic’ trinity and the ‘ontological’ trinity. That is for another time. Suffice to say that examination and exploration of trinitarian theories are deep.

One sure thing is that we have a beautiful legacy in this perichoretic picture of the inner-life and dance of god from the 3rd century.

Artwork for the series provided by Jesse Turri

* another complicated distinction many may not know is that when speaking of the Trinity use of the phrase ‘person’ does not , in any way, conotate the modern/contemporary understudying of personhood. God is not a person in that sense. Theologians use it as a ‘super-category’ – almost like a place holder that they know needs to be defined, clarified and expanded later.