H is for Hermeneutics

Home / latest / H is for Hermeneutics 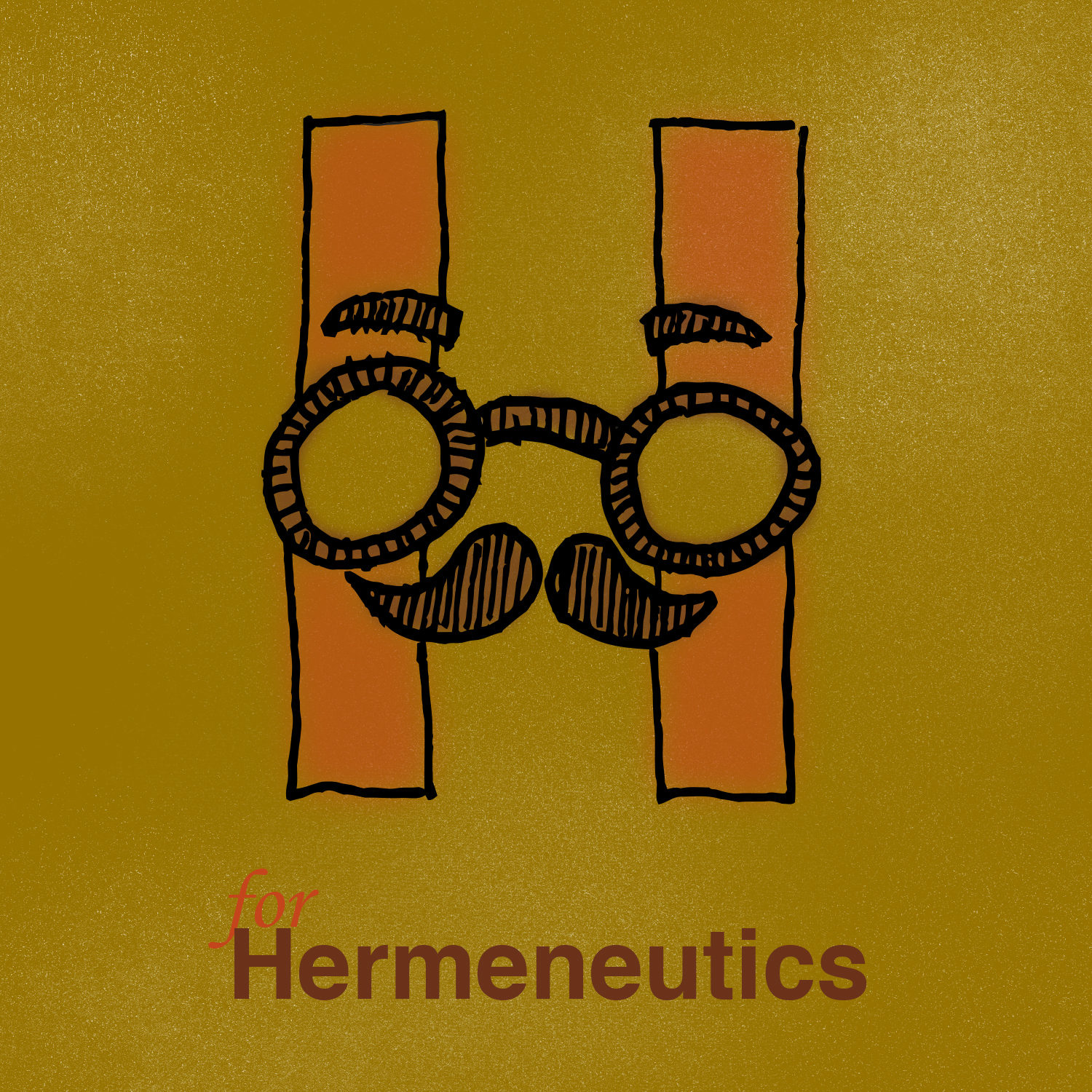 You may know that I hail from an evangelical-charismatic background.  What you may not know is that I am continually challenged in conversations about the need to interpret our experiences and texts.

We don’t just have experiences – like we don’t just read (and believe) the Bible – we interpret. We do it as second nature because to be human – and thus social – is to be thoroughly saturated in language and symbols. We speak, and indeed think, in language. It permeates every thing we do and are. It is part of what being human means.

Our pocket dictionary defines hermeneutics as:

Hermeneutics: The discipline that studies the principles and theories of how texts ought to be interpreted, particularly sacred texts such as the Scriptures. Hermeneutics also concerns itself with understanding the unique roles and relationships between the author, the text and the original or subsequent readers.

Pocket Dictionary of Theological Terms (Kindle Locations 638-640). Kindle Edition.
Hermeneutics is a massive and complex field. Since this an ABC’s series, there are two things that you need to know :

One of Heidegger’s most famous students was Hans-Georg Gadamer. His 1975 book about the world of interpretation called Truth and Method expanded what is called the hermeneutical circle.
The five elements are characterized as:

I could not possibly do this topic justice in a single blog post – If you want more info there are links at the bottom of the page. ?

I just wanted to share an example of how the hermeneutical circle is employed in my field of Practical Theology. I tend toward utilizing the work of Paul Ricoeur and his ‘second naivety’ myself, but the example I want share is from Richard Osmer who utilizes Gadamer as his framework.

These elements allow Osmer to transition into analyzing the role of the congregational leader along these lines.

This influence engages in different forms of communication and is a collaborative effort. These three elements factor in significantly for the spirituality required to carry out the leadership that Osmer envisions.

The author illustrates the spirituality of presence by addressing several levels of what is called attending which is then integrated into concepts introduced earlier such as the congregation as a community of interpretation.

The interpretive task draws off of thoughtfulness, theory, and wise judgment. Osmer appeals to Israel’s wisdom tradition and to Jesus being the hidden wisdom of God revealed.

The author utilizes a familiar pattern in this chapter similar to the previous two. Weaving together narrative, theory, and scriptural illustration.

Osmer identifies the three forms of leadership as task competence, transactional leadership, and transforming leadership.
The motif of “deep change” is introduced through the writing of Robert Quinn and is woven together with Old Testament imagery in order to illustrate the type of leadership that is required in this task. Quinn’s Four-stage model of organizational change (called the transformational cycle) involves: Initiation, Uncertainty, Transformation, and Routinization.

You will find that in almost all hermeneutical addresses, there is a common two common themes:

In conclusion:
We all interpret. We think, experience and speak through this lens.
The past century has seen a hermeneutical turn in almost every area related to human behavior, belief and social understanding.

A nice article on Heidegger and Gadamer

A massive and heady article on Hermeneutics from the Stanford Dictionary

A quick article on Paul Ricoeur and the Second Naïveté