F is for Fideism or Why What We Believe Really Matters 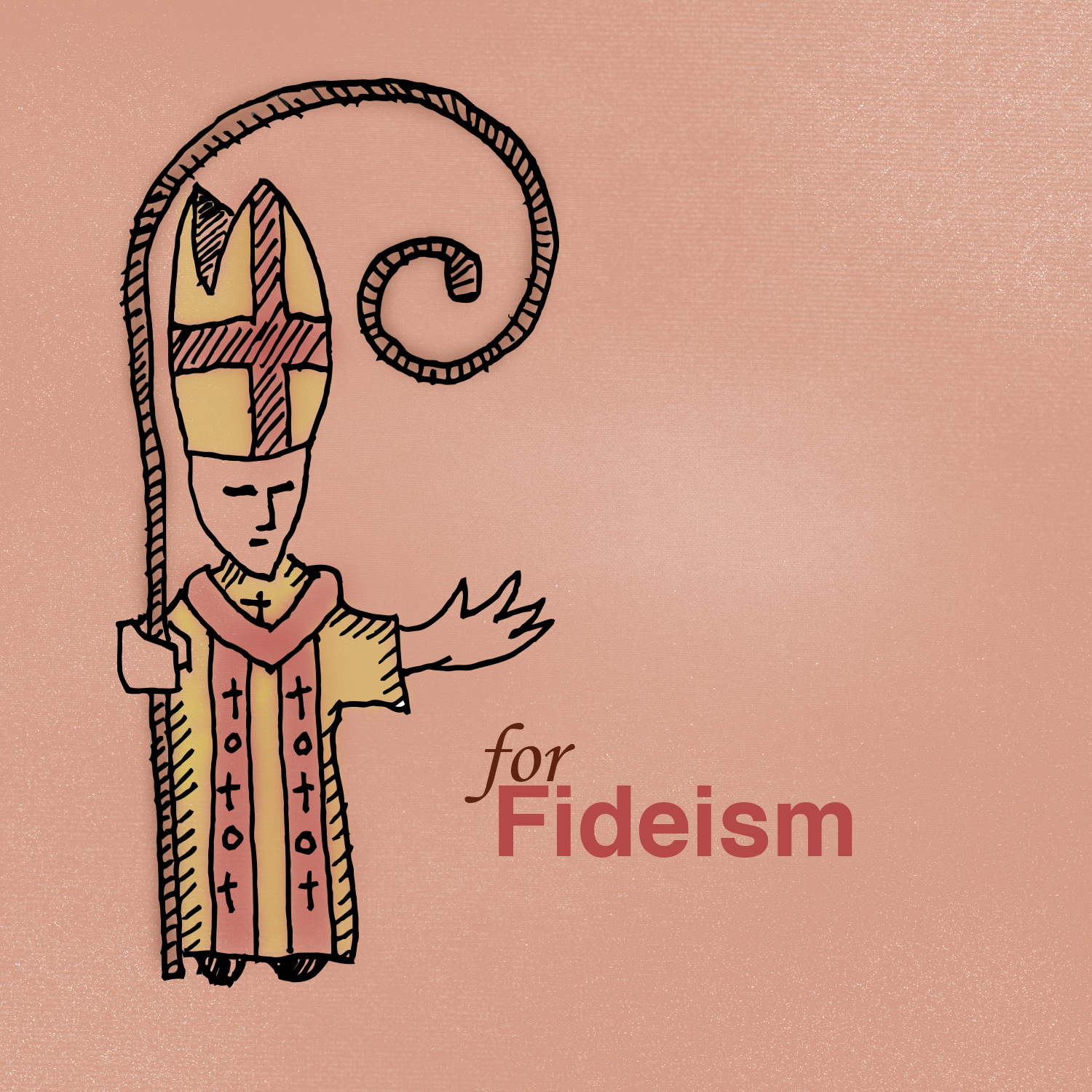 Fideism is one of the most alluring, and thus, potentially dangerous developments on the theological landscape in our lifetime.

Fideism: The view that matters of religious and theological truth must be accepted by faith apart from the exercise of reason. In its extreme, fideism suggests that the use of reason is misleading. Less extreme fideists suggest that reason is not so much misleading as it is simply unable to lead to truths about the nature of God and *salvation.

Fideism has been around for a long time but it has taken on a new tenacity recently.

The 19th Century was a tough one for ‘reasoned faith’. Those bastions that survived into the 20th Century were not left unaltered. In fact, since WWII the effect of those descended from who Paul Ricoeur dubbed ‘The Master of Suspicion’ – Freud, Nietzsche, Marx … and some add Darwin – has grown and intensified.*

Part of ‘reasoned faith’ is that it had to adjust and modify. It had to account for new data (scientific and sociological) and, more importantly, it had to stop playing by its own rules.

The rules of engagement changed. Faith no longer got a free pass. The ‘church’ was no longer running the uni-versity. Fields like science had grown up since the Copernican revolution was no longer afraid of the church and began to act like the were running the show now.

Modern christianity had to choose whether to

I have written about this as modern christianity’s temptations.

A subtle form of this impulse toward fideism is simply to speak of ‘Non-Overlapping Magisterium”. Science and reason take care of their areas and faith takes care of its area.

Those who take this impulse further retreat into what Wittgenstein would call ‘private language games’. They take on a formal defense of the given-ness of faith say that faith doesn’t have to be reasonable. Those two things are just speaking different languages and that science of reason doesn’t even have the ability to understand what faith is doing. That is why neither can even provide a critique let alone a correction. Religion is thus except from an investigation-integration from outside.

I would argue that what we believe in private has massive implication for how we participate in the public arena.

We can see this battle line in the recent Hobby Lobby decision from the Supreme Court.

Let me give an example from history – courtesy of another ‘F’ word in our pocket dictionary: filioque. A Latin term literally meaning “and the Son,”

The addition of this phrase by the Western (Latin) branch of the church in the in the 6th to the 4th Century creeds – without the permission of the Eastern churches – would eventually lead to the schism of the two groups in the 11th Century.
This schism is notable enough but 500 years later, in what would become colonial missions by western europeans, the issue had real consequences. As both Catholic and Protestant missionaries sailed around the world to convert native populations, the filioque clause would answer a significant question.
Could the Spirit of God be at work ahead of the missionaries arrival? The answer was a resounding ‘no’. The Spirit proceeded not just from the Father (and thus potentially outside of the work of the Son) but ‘from the Son also’. It was believed then that the work of the Spirit followed (proceeded not preceded) the proclamation of the Christian gospel.

There were minority schools (some Jesuits) who disagreed – but they were subsequently reprimanded.

Some may hear about the filioque clause and think “how would we even know who proceeded when? And how exactly are three people ‘one God’ anyway? This is all just speculation and minutia – like angels dancing on the head of the needle!”

Speculation it might be. But both in history and in our present societal unrest what folks believe in private really does impact how that participate in public.

This is why we have to care about fideism. I understand the desire to preserve the past and stake out ones territory for the given-ness of the tradition. It is a way of protecting what is deeply valued and – let’s be honest – in grave danger.

Those who are attracted to fideism look at the evolution of their religion and the disappearance of treasured practices and think “I don’t even recognize this contemporary mutation as the same thing that we inherited from those who came before!”

… and that might be true. But , as I am arguing in the series, we live in a world come of age and The Faith both needs to and is bound to change.
* another way of saying this is to list the fields of psychology, philosophy, sociology, and science.