With Imagination, Anything is Possible: Process Theology, MacGyver and Non-Violence

Home / latest / With Imagination, Anything is Possible: Process Theology, MacGyver and Non-Violence 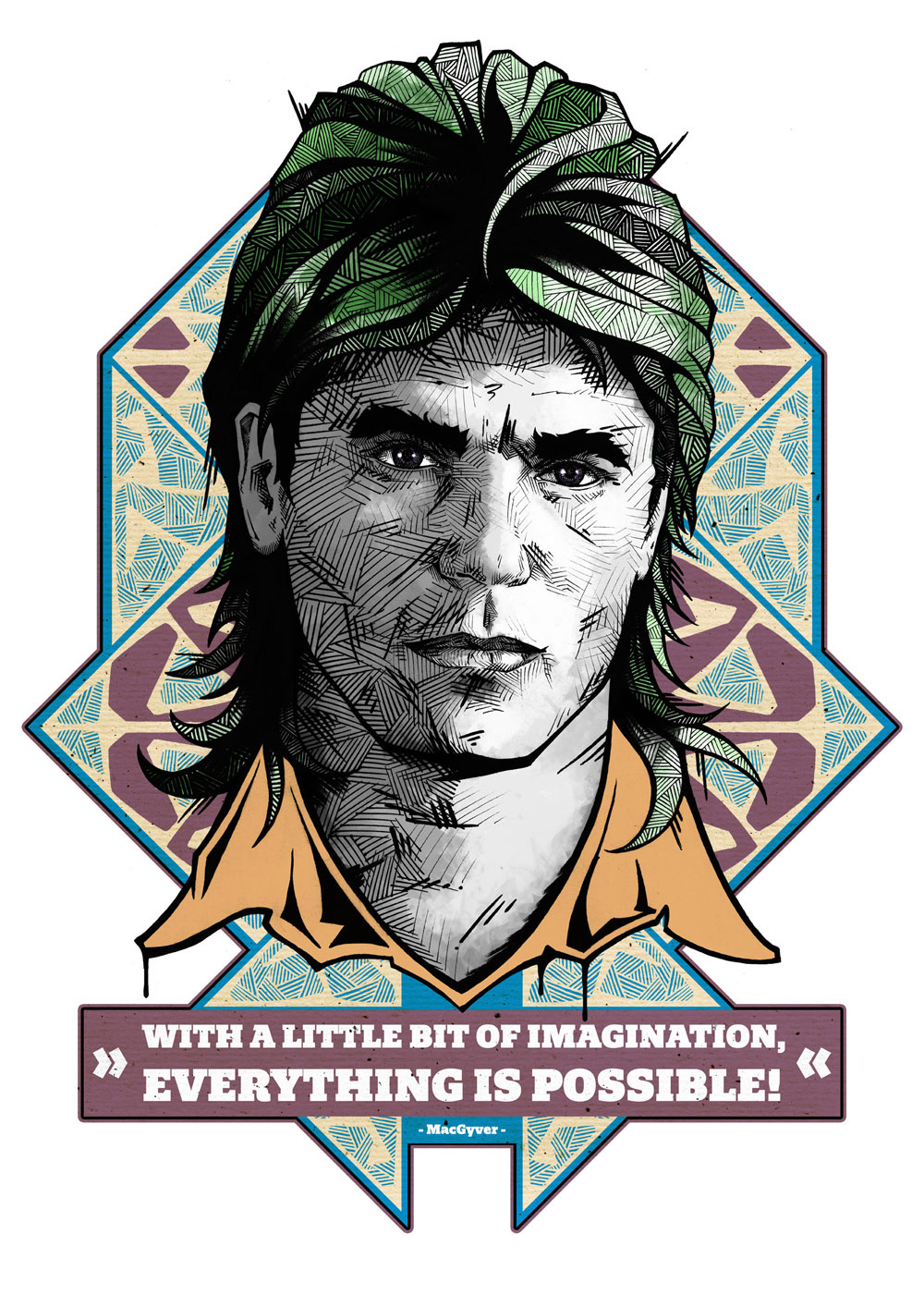 Does God ever call us to injure other people? Again, I think the answer is affirmative. If killing Hitler could have stopped the Holocaust and shortened the war, Bonhoeffer was right to support that project. On a much lesser scale, Jesus used violence to cleanse the temple.

Whitehead pointed out that “life is robbery.” For one creature to live, other lives are sacrificed. Certainly human life involves enormous killing of other creatures. That is the kind of world we live in.

The above passage comes from an essay by written by John Cobb. John Cobb is perhaps my favorite theologian and philosopher of all time. In fact, there is a good chance that he may even be my favorite writer of all time. I agree with so much of what he says and writes about in fact (concerning God, ecology, interpreting Whitehead etc…), that I have often wondered if there was anything I might disagree with him on. Well, as it turns out, I disagree with him on killing hypothetical people.

Full disclosure, at this point in time I resonate (and have for a while now) with radical streams of Christianity that subscribe to non-violent, semi-violent, non-lethal, and/or anti-violent resistance; i.e. peace theologies such as those found in Mennonite, Quaker and some liberal/mystic Catholic traditons, for instance. I think one of the things that has captured my imagination so much about these types of radical ideologies is their emphasis on undying, unconditional love, and forgiveness, which of course, according to proponents of these types of radical peace theologies, is found to be exhibited and modeled in Jesus.

So, suffice it to say that I was really disheartened to learn, while watching a lecture by Bob Mesle which he gave at Claremont recently, that John Cobb would be willing to kill 15 people if it meant saving the whole planet. Now, to be fair, Cobb was responding to a hypothetical either/or scenario and he did clarify by saying that he couldn’t imagine a case in which this would ever be true.

The hypothetical situation Cobb was responding to sounded like, to me, a process version of the trolly problem found in ethics text books. According to the process view, relational power opens up possibility while coercive power closes down possibility, but it may indeed be so, according to John Cobb, that the best possibilities we are left with in a given situation may be the least of some perceived “evils.” For example, in the case of the trolly, choosing a track that will kill one person in order to save five.

So, here is where I start to wonder.

One of the reasons I have come to appreciate process thought so much is because of it’s unique emphasis on openness, creativity and novelty. So, it was absolutely baffling to me when I heard a room full of Claremont academics seemingly fall into the binary trap of the trolly problem. It seems to me that hypothetical either/or situations, like the one found in the trolly problem, are problematic if only because they don’t leave room for a few things that are so absolutely critical in process-relational thinking, namely: improvisation, openness, and creativity; or what I like to call “the MacGeyver Possibility.”

In the trolley scenario, we’re faced with the impossible choice of having to decide on killing 1 person to save 5 people by pulling a lever which alters the runaway trolley’s course.

Anyway, my theory (and I’m sure it’s not original) is that by adding MacGeyver to the trolley problem/equation, the outcome could indeed change because there is a significant chance that the 1980’s fictional TV hero could figure out a way to stop the trolley completely, using only a tooth pick and a swiss army knife.

Leaving room for the MacGeyver Possibility makes sense, I would think, if one was coming from a process-relational perspective, especially since, according to folks like Cobb, God lures us to act in a certain way that would be thought best in any given circumstance. Cobb writes:

“By introducing possibilities of such action that go beyond what the situation would otherwise allow, God expands our freedom. Violence as we ordinarily understand it restricts the freedom of its object.”

The words Cobb writes above seem to me to speak very much to what is going on in the MacGeyver stories. One of the reasons MacGeyver consistently seems to get out of perilous situations is because he’s able to overcome what gestalt psychologists call “functional fixedness.” So, essentially, MacGeyver is able to look at objects (or situations) and not get hung up on their typical functional purpose. Rather, he is able to see an objects potential role in solving a problem. MacGyver demonstrates a remarkable lack of fixation. The objects in MacGyver’s environment can have many different purposes other than their typical purpose; in Cobb’s terms, MacGeyver ‘expands the freedom of objects around him.’

In this sense, then, MacGyver could be classified as a strong divergent thinker. Objects then, for MacGyver, are essentially pieces of a larger puzzle that fit together to form larger tools. Objects don’t just have one purpose for MacGyver. This type of thinking, or restructuring, is what makes it possible for MacGyver to use nonviolent (or at the very least, semi-violent) methods to move from initial states to goal states.

To bring this all back to theology then, I imagine the God of process-relational theology to function very similarly. I mean, If MacGyver can assemble a slingshot out of a mattress to get himself out of a tricky situation, I’d say it’s indeed possible for God and/or humans not to have to kill hypothetical people (or real ones for that matter) when faced with tough dilemmas that life will inevitably throw our way.