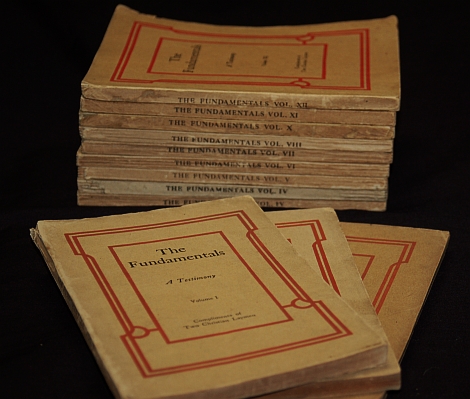 It has happened again. The word ‘the’ has become a stumbling block.

The first incident occurred on TNT when I spoke up about my friendship with ‘Al’ – as in incarnational, etc. – and Tripp professed his love for the word ‘the’. ?Tripp wants to talk about the incarnation and the resurrection. ?I am more interested in a more generic, and I would add more fruitful, discussion about concepts like incarnation and resurrection.
You can read more about ‘Al’ here.

The second occasion was a little less contentious and I loved the feedback I got from the suggestion to Add An ‘S’ As A Test. ?It turns our that simple making something plural can be a great way to get away from the certitude or dogmatic cul de sac that conversation can get caught up in.
You can read more about Adding An ‘S’ here.

Last week a third incident emerged. At the Phyllis Tickle event to celebrate her new book and her life’s work, Barry Taylor (who I have studied with) offered a profound challenge. ?Phyllis’ new book is about Age of the Spirit. It became clear in the Q&R at Fuller Seminary that the Spirit was going to be a point of concern for people. You have questions about the modern pentecostal movement at one end and concern about early Trinitarian formulations at the other.
What Barry Taylor suggested at the Live3D event afterward was dropping the ‘the’ in Age of the Spirit. Why not just talk about the Age of Spirit?

Dropping ‘the’ is sometimes necessary when adding an ‘s’.

Please don’t misunderstand me. I am not saying that this is a cure-all formula for getting out of any theological pickle/quandary that you find yourself in. ?What I am saying is that dropping ‘the’ can sometimes open up greater possibilities AND provide much needed clarity to doctrinal or historical gridlock.

The bottom line: We are moving out of an era built around certainty and on propositional truth. Things are becoming more fractured, de-centered and relational (there is Al again). This can be a good thing – shifting from certainty.
(Now, in fairness, Phyllis had a great trinitarian answer to Barry’s concern that you will be able to hear later when the podcast comes out.)
There is a lager issue at hand, however, and that is the way in which we hold truth. I’m going to suggest in a post later this week that we revisit not just our conceptions of God and religious experiences – but that we hold our interpretations of them differently. Until then, I want to encourage you to do a little experiment and drop ‘the’.
Let me know how it goes.

Starter Suggestion: if you are someone who uses the phrase ‘the church’, try and replace that phrase with the word ‘churches’ and see if the sentence still makes sense. It probably won’t – which means that you will have to go back and look at the assumptions that underly the sentence.