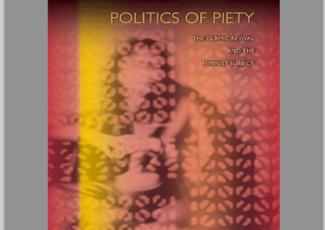 In the context of a hyper-real social atmosphere (from part 7), it is imaginable that individuals would become dislocated from their rootedness connected to any place, have difficulty indentifying themselves within a framework of physicality and feel distant from practices embraced by their community – especially if they are historic and primarily ceremonial. The value set is so misaligned that image and simulacra have little place for ritual and repetition.

The desire for spectacle and stimulation, partnered with brand identification and sign value, have little use for liturgy and or empty ritual.

Yet within this dislocated existence within hyper-reality and simulacra is an inherent backlash (or longing) for something tangible and embodied. Appadurai frames it this way:

There remains a tendency for those practices of consumption that are closest to the body to acquire uniformity through habituation: food, dress, hairstyling. I stress the force of habituation, as it has frequently been lost sight of in favor of the forces of imitation or opposition. [1]

I am fascinating by the possibility that within religious/tribal/local/historic practices that there could be a reclamation of bodily participation with inherited expressions that provide experiences that are embodied and located. Saba Mahmood, in her work Politics of Piety, addresses the possibility that conceptions from modernity had it wrong when religion was relegated to the private sphere as part of the secularization theory. She opens an interesting door of possibility when she says:

By reversing the direction between outward bodily acts and subjective interiority (the former enact the latter rather than represent or express the latter), the Aristotelian model raises interesting questions about bodily capacities and routine daily acts that make particular kinds of subjects and sociopolitical imaginaries possible.[2]

By taking the activity of bodily practices out of the category of aligning internal convictions with mental ascent to abstractions (or something else), the possibility is opened again that there is a different directionality in play with historic practices.[3] This approach stands in stark contrast to what Appadurai is concerned about with bodily techniques and habits of discipline and practices that are often fuelled by the state and it’s interests.[4]

Mahmood is interested not simply in how these outward practices produce inward dispositions, or the opposite, but in how these “outward bodily acts (including rituals, liturgies, and worship)” interrelate inward states and beliefs – and vice-a-versa. This approach holds great potential for further exploration in the future.

In Closing: Constructivist Theory of Knowledge

Each of us constructs for ourselves our own understanding, influenced by, among other things, our own previous experience, our own language, our own culture, and our own community or social experience. [7]

The primary concern, for me, is human experience and so tapping into people’s conceptions of themselves, their identity and belonging within a community (not to mention embodied practices) means it is vital to understand how those views are arrived at.

Emergent thinking recognizes that all organisms are products of their environment, actors within that environment, and that those actions impact and modify the environment.[8] Emergence understanding meshes well with both the social constructions of self and identity that we have been talking about in the 8 part series.[9]

I want to thank you for taking the time to read these posts.
Next week I want to address what it looks like to pastor people in this environment.

[3] “Practices may also be undertaken on a smaller scale wherein people teach themselves to inhabit a different kind of a body, sensibility, aesthetics, or argumentative form.” Ibid., location 162.