Imitation, Simulation, and Repetition – How We Imagine Ourselves part 6

Home / latest / Imitation, Simulation, and Repetition – How We Imagine Ourselves part 6 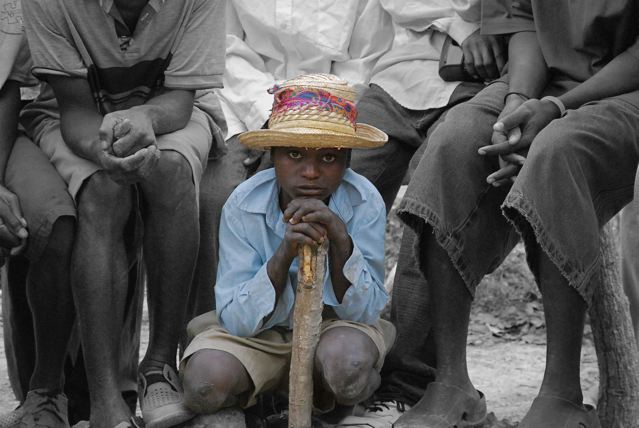 Madan Surap’s Identity, Culture and the Postmodern World is the most expansive and impressive examination that I have encountered around the issues of societal conception and cultural identities. His basic assertion, which is expanded as the work progresses, is that “ identities are not entirely determined … we do not have homogenous identity but (instead) have several contradictory selves”.  By interacting with such historic figures as Lacan, Baudrillard, Foucault, Said, and Kristiva, Sarup provides a tour-de-force of elements contributing to a modern conception of self, identity, community, and culture.

Identity has a history. At one time it was taken for granted that a person had a ‘given’ identity. The debates round it today assume that identity is not an inherent quality of a person but that it arises in interaction with others and the focus is on the processes by which identity is constructed.[1]

The construction of someone’s identity involves a process of selection as to which elements will receive consideration and emphasis. “Social dynamics such as class, nation, ‘race’, ethnicity, gender and religion” are then organized into a narrative.

[2] This is the process by which a subject’s story emerges for both presentation (by them) and evaluation (by others).  Sarup utilizes a three themed approach for illustrating the transitional nature of one’s identity:

It is clear from the above three keys that Sarup is employing a moving motif. There is transition of movement built into the conception of self and community. By articulating this framework as one expecting migration, he provides an inherent instability and liquidity within the process of conceptualization. Identities within this expectation “do not remain static, but they change according to the strength of social forces, the dynamics of class, nation, religion, sex and gender, ‘race’ and ethnicity”. [3]

The reality that becomes available within this approach is that each of those contributing elements also is a moving target that can, at times, be as transitionary as the personal identities that are framed within it.

It is not difficult to isolate any one of the contributing elements and illustrate how that one category has undergone layers of adjustment, adaptation, evolution and challenge:

The points on which the web of constructed identity are anchored seem themselves to be migrating and moving elements – albeit at a tortuous pace in comparison to personal identity markers.

In order to address the underlying influences and their contribution to the process of formation, Sarup asks a set of leading questions:

I find the questions as helpful at this point in the address as any polished explanations. It is precisely the presumed ‘giveness’ of both identity and community that has triggered my abandonment of former inherited constructions and a subsequent willingness to explore the nature of socially conditioned conceptions of oneself as well as constructivist theory of knowledge (which will be touched on at the conclusion).

Sarup’s three themes introduced earlier (the meaning of home, the journey of the migrant and the crossing of the border) provide a way forward in examining the frameworks associated with a mobile or transitory conception. To clarify, he is saying that “identity is to do not with being but with becoming”.[5]

These markers and designations form the structure in which Sarup explores the evolving landscape of contemporary global communities and individual conceptions of self and belonging. Ultimately he concludes that:

Identity is a construction, a consequence of a process of interaction between people, institutions and practices and that, because the range of human behavior is so wide, groups maintain boundaries to limit the type of behavior within a defined cultural territory. Boundaries are an important point of reference for those participating in any system.[7]

The transitory nature of the cultural boundaries and increasingly fluid conception of personal identities that are framed within them – or in contrast to them – make addressing either the stable elements that exist or the migrating ones difficult without a historic referent or a narrative frame. I am pleased that with a historic approach like social imaginaries/ imagined communities (Taylor and Anderson) and several narrative frames (like the one provided by Sarup) that some progress can be made in examining this issue of socially constructed notions of self, identity, belonging and community.

Sarup warns against several mistakes that those who try to address issues of identity often make:
– One danger is in focusing on an influence or social dynamic in isolation. By isolating only race, or nationality one overlooks the “multiplicity of factors”[8] that contribute to the construction of one’s identity.
– Another danger is found in over simplifying the view of social structures that frame an issue and not analyzing them as significantly complex issues. Among his other cautions, an important aspect to consider is negotiation of “the past-present relation and its reconciliation”.[9]

The past is important because it is though narrative that people represent themselves to themselves.

The representation of the past to oneself becomes vital especially in an American context. Baudrillard has a vicious critique of America’s lack of (perceived) history and how that lack creates an environment where everyone is expected (and has the opportunity) to re-create themselves everyday. He says that America has no ‘ancestral history’, no roots ‘except the future’, and that America is ‘weightless’.[10]

America, according to Baudrillard, is a realization of the hyper-real that is an idealized imagining of an anticipated reality.

In part 7 we will begin to get religious.

[6] This is where Sarup interacts with the work of Julia Kristeva’s Strangers to Ourselves.