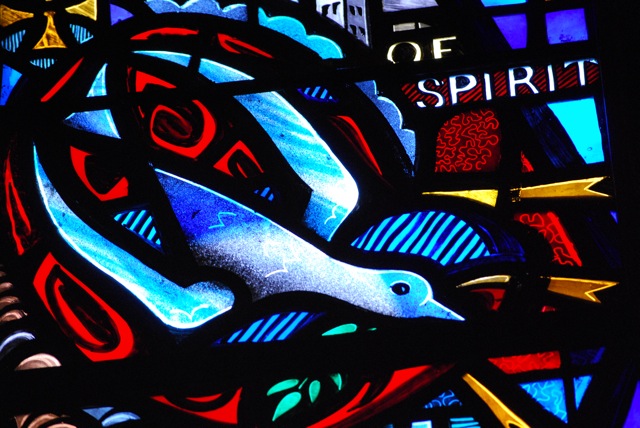 Tony Jones’ love of Jürgen Moltmann’s theology is absolutely contagious. His status as a ‘Moltmanniac’ strongly influenced my master’s thesis topic that I wrote at Claremont with Philip Clayton a couple of years ago, which was a comparison of Moltmann’s eco-theology with John Cobb’s. If it were not for Jones, I would not have fallen in love with Moltmann’s social Trinitarian theology. But perhaps to Tony’s disappointment, Moltmann then led me deep into the world of process theology. As any close reading of Moltmann’s God in Creation or the Spirit of Life will suggest, the later Moltmann is profoundly influenced by Whitehead (see my post on the topic here). I still love Moltmann, having read most of his work, but I’ve moved closer to the process theologies of Clayton, Cobb, Joseph Bracken, and Catherine Keller, my professor for my doctoral program at Drew.Today, I would join Clayton in describing my own view as neo-process theology. I would not resist the label of process theologian for a minute, but I try to draw on a deeper well of philosophers and theologians than just Whitehead. With Bracken, I’ve learned to draw on Thomas Aquinas, Teilhard de Chardin, and Meister Eckhart; with Clayton (and Tripp Fuller), I’ve learned to draw on Wolfhart Pannenberg and a bit of Schelling; with Cobb, I’ve learned to draw on liberation-political theologies and to think interreligiously as a Christian; with Keller, I’ve learned to draw on poststructuralists like Derrida and Deleuze, feminists, postcolonialists, and the Christian apophatic tradition (especially Dionysius and Nicholas of Cusa). In my own studies this semester, I’ve been relating my process thinking to Karl Barth, Paul Tillich, Hegel, and René Girard

I say all of this in response to some of Tony’s questions that he has posed to those of us in the process camp. Let me respond to them one by one:

1) Do we get nervous about being so deeply rooted in Whitehead? Not at all, but that’s because I think Tony perhaps isn’t aware of the depth of philosophical engagement that process philosophers have been involved in for the last sixty years or so. Process philosophy in the most general sense is of course older than Whitehead, who is the philosopher to provide the most systematic synthesis of this way of thinking. Process theism is deeply related to Plato, with his understanding of God as persuasive in power and creating the world out of unformed chaos rather than nothing. Meister Eckhart and Nicholas of Cusa both arguably developed embryonic process-theistic relational ontologies – with Cusa even denying omnipotence. The process ontology of interrelated becoming events connects back to Heraclitus and resonates with much Buddhist and Taoist thought. The process cosmology was developed with the theories of Einstein in mind. We find analogies for process thinking in much of the American pragmatist tradition of Peirce, Dewey, and James as well as in poststructuralists like Gilles Deleuze and Judith Butler. On Deleuze, who is now reportedly the most influential poststructuralist philosopher in the English-speaking academic world today (in terms of research and dissertations being published), rivaling even Derrida’s dominance over previous decades, his entire cosmology (or “chaosmology”) is explicitly developed on the grounds of Whitehead’s magnum opus Process and Reality, which he called “one of the greatest books of modern philosophy.” Let me also mention that Whitehead is no small-time philosopher these days. Aside from a deep interest in his work amongst Chinese philosophers over recent decades, according to Catherine Keller, he is increasingly one of the most written-about philosophers in Europe today for dissertation topics. So Whitehead is hip, make no mistake. (; Having said all of this, I think I’ve made my case that process theologians have moved beyond any Whiteheadian orthodoxy. We’re a diverse bunch and draw on lots of different philosophers and theologies today. Keller is clearly one of the leaders of process thought today, and I have rarely known someone who is so intellectually diverse and cutting edge.

2) As one who continues to learn from (and disagree with much of) Aquinas, I don’t agree with Bo’s comments about not needing him today – but then again, I’m not a practical theologian, so I’m not going to speak for him here. As a philosophical and constructive Christian theologian, I am absolutely committed to taking the tradition seriously. That’s why I have been trying to engage with people like Aquinas, Eckhart, Cusa, Dionysius, Barth, Tillich, and Moltmann. On the issue of respecting the past while being open to transforming it, I follow John Cobb’s distinction of secularism and secularizing that he outlines in his Spiritual Bankruptcy (see my post on that here). While secularism is a perspective that neglects the wisdom of the past in favor of almost exclusively standing on present knowledge, secularizing is a dynamic of respecting the past, committing to a particular tradition, and taking its accumulated wisdom seriously, but critically engaging it and being willing to transform it when finally deemed necessary. Cobb sees Plato, Aristotle, the Hebrew prophets, Jesus, and Paul as great secularizers. I think Cobb’s Christ in A Pluralistic Age, agree with its conclusions or not, exemplifies such respectful, secularizing engagement with the wisdom of our Christian tradition.

3) I certainly wouldn’t say that process theologians are the first to get the gospel right, no. I would say that the way we understand divine power as omni-potential and persuasive rather than omni-potent and coercive makes more sense to me of the picture we have of Jesus in the gospels. Classical theism generally denied that God has the power to act in a way that would contradict God’s nature, and process theists simply add to this that if God’s nature is truly primarily defined by love (as even Barth in fact states, 1 John 4:8 being one of the two abstract definitions of God in the entire Bible), then God does not have the power to unilaterally intervene. In that sense, God can be said to be omnipotent, but unilateral power contradicts God’s nature and it is thus impossible for God to act in that way. After the horrors of the 20th century, from Hiroshima to the Holocaust, process theism’s notion of power is extremely helpful for the problem of evil. While it does complicate the issue of resurrection and miracles, so central to Christian theology, it certainly does not exclude them. Unlike most forms of progressive theology, the process God literally, specifically acts in the world.

4) I believe process theology can strongly affirm God’s unique identity, contra what Tony has argued. This is the most misunderstood part of process theism, with both Moltmann and Tillich joining the ranks of theologians who believe that Whitehead’s God is dissolved into the cosmic process. I firmly believe that this is a tragic misunderstanding. First of all, Clayton and Bracken are what you would called “asymmetrical” process theologians who affirm creation out of nothing. This provides a clear image of a God who is ontologically distinct from creation, who is infinitely other. But what of those like myself who don’t affirm creation out of nothing? Moltmann in particular thinks this is the big problem with process not giving a place for the uniqueness of God, so he tries to maintain creation out of nothing. God is unique in that while God is always in creative relation to some world, God did not have to create this particular world. Our world is radically contingent upon the Divine Other who graciously chose to take the risk to lure this kind of world forth rather than one that could not produce conscious, complex beings like ourselves. God is also unique, in Marjorie Suchocki’s words, as “The Supremely Related One.” God is the most effective power in reality as the necessary ground of order and novelty and is omniscient of the entire past and present of creation. Furthermore, God’s primordial nature (which Whitehead almost always talks about when speaking of God) is God’s radically transcendent and eternal pole, the source of infinite possibilities for creaturely becoming, as opposed to the consequent nature, which is God’s immanently related temporal pole. And as Catherine Keller explains, following Nicholas of Cusa’s logic, rather than God’s difference being diminished in relation (which is always the concern for non-relational substance thinkers – even in Tillich, despite his intentions to be relational), process theologians believe that, once you get rid of substance metaphysics, difference heightens in relation. This insight is why process theology today has been so reenergized by the apophatic tradition.

5) I admit, many process theologians eagerly relativize the incarnation. No argument there. But others do not. Cobb believes Jesus is the center of history, the decisive revelation of God who saves us from sin through his life, death, and resurrection. Cobb’s atonement is a type of Christus Victor mixed with Abelard’s moral theory. He can say that Jesus, because his subjectivity, his ‘I’, was co-constituted by God by perfectly responding at every moment to God’s call or lure for his life, he is qualitatively, not just quantitatively different from other humans. Cobb thus even says Jesus is both God and human, quite literally, since in a process-relational rather than classical substance paradigm there is no problem with two things (God and Jesus) occupying the same space at the same time. That’s not a low Christology – it’s an attempt to take the creeds as seriously as possible in our contemporary world! The incarnation is literally true, unique, and universally important. Bracken is very similar, though a process social Trinitarian, and Clayton can say much the same of Jesus with what he admits is an adoptionist Christology in his book The Predicament of Belief. But Christ remains uniquely the incarnation of God for him, unlike any others, and saving through his work.

I hope this helps the conversation about process theology that’s been going on lately.  Thanks to Tony for engaging it so seriously!