A Newbie Response to Roger Olson 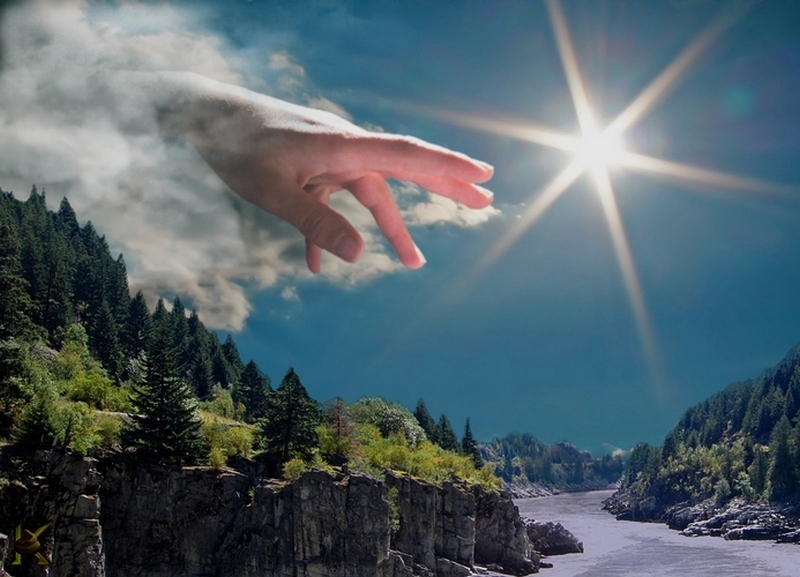 Roger Olson blogged about why he is not a Process Theologian.  Since I am a newbie to Process Thought, I thought it would be fun to respond to the post point-by-point.  My responses are in bold.

In the days to come, people who do this for a living (instead of a hobby) will respond more deeply and more accurately than I have here.

First … let me say that many, many people I know who think they believe in process theology really don’t. Like many theological labels and categories, over time, “process theology” has been stretched to cover much, much more than it originally covered. Many people who claim to believe in it simply don’t know what it is, historically-theologically, or what it entails logically.

I am up for the challenge. I might be who you are talking about. Let’s see how this goes.

When I talk about “process theology” I mean the type of (so-called) Christian theology based on the philosophy of Alfred North Whitehead (sometimes as modified by Charles Hartshorne) and expressed above all, prototypically, by John Cobb, David Griffin, Norman Pittenger, Delwin Brown, et al.

Good so far – that is what I thought it was.

Sure. We know plenty of people who prefer Moltmann or the Open Theology of someone like Greg Boyd. No worries there.

Many people have taken a course that included a little process theology or have read a book by a process thinker or just heard about process theology and jumped on the bandwagon without really knowing all that it involves. So—just because you call yourself “process” doesn’t mean you are.

Agreed. We try to say this all the time. Of course we say from a purist sort of qualification and you mean as as dis-qualification – but so far so good.

So what are the essentials of process theology? My description will be of an “ideal type” based on the consensus of the most noted and influential process theologians (some of whom are mentioned above).

First, process theology assumes that to be is to be in relation. It is a relational, organic worldview.

Yep. In fact, I would ask, “what was the other option?”

Second, process theology avers that God is not an exception to basic ontological rules but is their chief exemplification.

This is a major distinction and one that I find very attractive. But you are right – it is a significant departure. This is why I talk about Process Thought as a not just a new program to download but a new operating system that reformats ones’ theological hard-drive.

Third, process theology asserts that omnipotence is a theological mistake; God is not and cannot be omnipotent. God’s only power is the power of influence (persuasion).

Fourth, process theology is a form of theistic naturalism; it does not have room for the supernatural or for divine interventions (miracles).

Umm … yes and no. This is true to the degree that the super-natural is based in a pathetically antiquated metaphysics and a three-tiered universe. But ‘no’ in the sense that there is room for the miraculous – especially as testified to in the Gospel accounts. So we are 4 in and we start to get a little shaky.

Fifth, process theology denies creatio ex nihilo, creation out of nothing, and affirms classical panentheism—God and the world are mutually interdependent. There is a sense in which God is dependent on the world (beyond self-limitation).

Ya – read the two creation accounts in Genesis. There is no creation ex nihilo. Read church history. No Jewish person, including Jesus,  would have believed ex nihilo until two centuries after Christ. It is a greco-roman reading imported and imposed on the Jewish text.

Right. And doesn’t a classic Trinitarian understanding speak of the immanent and the economic Trinity? Am I wrong on this? If I am someone will tell me …

Eighth, process theology reduces God’s creative activity to bringing about order and harmony insofar as possible. God is not the actual creator of the world or any actual occasion (the basic building blocks of reality). God can only create, however, with creaturely cooperation.

Right – the interventionist notion of God is shed. This will become important as we move through the 20th century (let alone the 21st).

Ninth, process theology views Jesus Christ as different in degree but not in kind from other creatures. His “divinity” consists of his embodying the self-expressive activity of God (“Logos”) which is “creative transformation.” He is not God incarnate in any absolutely unique sense that no other creature could be.

Ugh. This is overstated. I would venture to say that the last sentence is not well represented. If one listens to the latest Barrel Aged Podcast with John Cobb on Advent, you will hear a more nuanced and ‘orthodox’ presentation of this concept of incarnation. Jesus IS unique.

I   would go as far as to say that Olsen gets this one wrong.

Tenth, process theology denies any guaranteed ultimate victory of God or good over evil. The future is “more of the same” so far as we know. Ultimately, that is up to us, not God. God always does God’s best, but he cannot guarantee anything.

Half Right. Is the future guaranteed? No. It is 100% up to us? No – there is still a God in the universe. Does God work with us to bring about a preferable set of possibilities and open up options yet unseen? Yes.

Now, if that is an accurate brief summary of the essential points of process theology, which I believe it is (allowing that there are people who call themselves “process” who may disagree with one or two points and who may add to it something others would not), here is why I think it is not a form of Christian theology.

First, process theology’s ultimate authority for belief is not divine revelation but philosophy and, in particular, Whitehead’s organic metaphysic (sometimes as altered by Hartshorne). That becomes the “Procrustean bed” on which revelation must fit. It is not merely influenced by or integrated with that philosophy; that philosophy is its very soul and foundation.

Dr. Olson, you have to know that all of Christian theology is both in concert with and based on some set of philosophical frameworks. That is part & parcel of every theological project through the centuries. Process’ explicit reliance on this is not a disqualifying admittance. In fact, it is better than the implicit nature of other historical expressions.

Second, process theology’s Jesus Christ is not God and Savior in any recognizable sense. Its Christology tends to be either adoptionistic or Nestorian (as in the case of Norman Pittenger).

What?  Oh my. Really? Oh no. We are going to have to do a TNT on this one.  The beauty of  ‘christology from below’ the subtle way that Cobb does it in the pod on Advent is masterful.

Now you are swinging wildly. Would you say this about the parichoretic view?

Because Evangelicalism has made no accommodation to modernity or changed anything since the Apostles?

There is no interventionist God in Process.

Eighth, process theology makes God dependent on the world and not as a matter of voluntary self-limitation (as in the case of Moltmann, for example).

God’s nature versus decision –  a slight distinction. Certainly doesn’t need to be a matter of disqualification.

Ninth, process theology reduces salvation to actualization of God’s “initial aim” and thereby falls into a kind of Pelagianism (except that for most process theologians everyone is or will be “saved” in the traditional sense of reconciled with God).

Now this is an interesting point – one worth fleshing out in throwdown. Having said that, I hope you are prepared to have your view of salvation scrutinized.

Tenth, process theology is so esoteric as to be impossible for most people to understand. It uses conventional Christian language but means something so different that only people steeped in process philosophy could possibly guess at its meaning. The meanings bear little resemblance, if any, to orthodox Christianity.

Oh come on! Is that a real accusation? You just said esoteric. Big words and new concepts are not a problem. People learn new words all time: “I’ll have a venti Caffè macchiato barista”.

Added:  This happens when people join denominations of change expression of church.  You can not become Lutheran, Episcopal, Wesleyan, Methodist, Catholic, charismatic, Pentecostal, Eastern Orthodox , non-denominational  any other from without learning new words.

SO the learning of  new words and concept thing is not a big deal. We do the same thing when we go seminary: soteriology, annotation, attribution, attestation, primary source, ontology, Turabian.

None of that is prohibitive. People do this all time when it A) benefits them (barista) and B) they enjoy it/ feel it is necessary.

If you talk to someone in the military, medical or legal fields … it is ubiquitous – then it come to religion and ‘Oh NOO! the average person in the pew has to understand EVERYthing  immediately’.   Why is that?

Is there anything redeemable in process theology? Not that I cannot find elsewhere.

Nothing redeemable? Is that a play on words because of the salvation thing earlier?

Why is process theology so popular? I think it’s because it seems to solve the theodicy question. If process theology is true, there is no theodicy question. Evil exists because God is not omnipotent and creatures, having free will and some degree of self-centeredness, often resist God’s initial aim for them. I’m not sure that begins to explain evils such as the holocaust.

No. Wrong.  You sound like the person who says “Jesus wasn’t born on December 25th? Christmas isn’t even worth celebrating!”  Just because it isn’t the way you were taught it or previously understood it – doesn’t mean it isn’t worth doing. You should walk in the woods or come to church with me sometime.

A better solution to the theodicy issue may be found in God’s self-limitation in creation. This is the alternative presented by Moltmann, among others. I highly recommend Greg Boyd’s book Is God to Blame? for those attracted to process theology but wanting a more orthodox alternative. (For those who object that Boyd is an open theist, this particular book does not depend on that.)

This should get interesting.