Oh Lord! You can’t say ‘Oh’ instead of ‘Lord’? (nature of language) 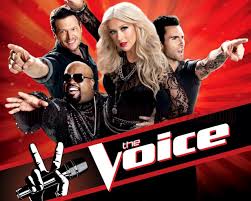 On the TV show ‘The Voice’ last night, the final 8 contestants did a rendition of the popular hymn  “Will The Circle Be Unbroken?”  The controversy came, not because they were singing a religious song but because the producers of the show changed a word – an important word.

They swapped out “Lord” for “Oh” – a sort of musical place-holder (at worse) or an emotional sentiment (at best).

As all things in the 21st century are prone to do, it blew up on the Twitter-verse. We live in what Deborah Tannen calls The Argument Culture where things are not just oppositional but adversarial.

I find this stuff fascinating.

Whether you take Nancey Murphy’s 2 pronged approach in Beyond Liberalism & Fundamentalism or George Lindbeck’s 3 tiered approach in The Nature of Doctrine – what you can not get away from is that your view of language is deeply impactful not just of your opinions but of your very experience of the world. I would add especially religions ones.

There are several ways this conversation could go:

One might question the very use of the word “Lord” in the 21st century. We don’t have Kings and Lords and commoners any more. The notion of referencing the ‘Lord’ is not just antiquated but indeed outdated. Some might even point to the abolition of slavery as a reasons to move on from this language.

Some, however, want to focus on the idea that ‘taking the name in vain’ is not simply using God’s name to curse but attaching God’s name to things to which God does not belong. Case in point would be Donald Rumsfeld’s use of Bible verses on the cover of war briefings for President Bush.

Still another approach would be questioning the very need to address deity. The question here is that if there is a supreme being in the universe, don’t you think that she/he/they/it would know about something and the intention behind it even if their name was not invoked?  Prayers, for instance, make it to the ears of God even if someone does not say “God” first. You would think that a God would hear those prayers regardless if someone got the letter on the envelope correct.

It needs to be said though that there are many who believe exactly that! In issues of salvation one needs to use the specific name of Jesus or it does not count. God is usually believed to be bi-lingual so Spanish speakers can use the alternative pronunciation of Jesus. Critics would point out that neither Jesus nor the apostles spoke English but that is for a different day …

This also relates to the sacrament of Baptism. Many controversies and even schisms have centered on in whose name you were baptized. The formulation matters to this crew! And if you didn’t get it right you will need to be re-baptized or it didn’t count. I have been asked by many people if I baptize in “Jesus name only” or “in the name of the Father, Son and Holy Spirit”.  I have subsequently been told by both groups that I am doing it wrong and that the people I baptized are not really baptized.

Which brings us back to the Voice controversy. It is permissible to say ‘Oh’ instead of ‘Lord’ during a hymn?

I am not so much interested in offering an answer here as I am to look at how people’s view of language impacts their approach to such issues.

If you believe language is representative, then you will say that these symbols (in the case l-o-r-d)  represent that which they reference. Getting that right is essential because otherwise you are talking about something else.

Believing that language is univocal (representative) or equivocal (expressive) deeply impacts both how you respond to controversies such as changing the words of a hymn and what kind of internal permissions  – or orientation – you have when you approach matters of religion.

I would love to hear your thoughts about the issue of language in religion.