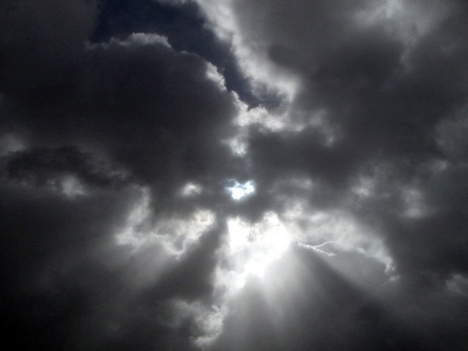 A quirky and sad story has emerged out of Kentucky this week.

In one of the strangest cases of purported religious beliefs intersecting with athletic performance, a Kentucky junior cross country runner voluntarily walked away from a chance to qualify for the state meet to avoid running with the bib number “666”, which she said conflicted with her Christian beliefs.

As somebody who competed in state wide competitions back in the day, I can imagine how difficult this situation was for that young lady.  As somebody who learned how to read the Bible that same way, I understand her reluctance to associate with that number.

I am a big fan of the Book of Revelation. The last book in the Christian testament is a favorite of mine. I love it!  I love it almost as much as a I hate what the majority of N. Americans have been led to believe it is about.

I thought I would take this opportunity to point out three simple ways that this odd and sad story could have been avoided in Kentucky:

17 so that they could not buy or sell unless they had the mark, which is the name of the beast or the number of its name.

18 This calls for wisdom. Let the person who has insight calculate the number of the beast, for it is the number of a man.[a] That number is 666.

Never-mind that the earliest manuscripts have the number as 616 (a whole other discussion about Roman emperor’s names and the genre called captivity literature within the apocalyptic tradition). What is important here is the world ‘calculate’.

The number – even if it is 666 – isn’t what it seems. It needs to be ‘calculated’, even according the actual verse. It’s right there in the Bible. The number has to be examined – or said another way – you have to do something with the number. It is not the actual number 666.

The clearest explanation is that it is a stand-in for a deeper meaning. Six is the number of humanity (created on the sixth day) and things that are represented in threes (holy, holy, holy Lord God Almighty who was and is and is to come) are complete. The number 666 simply means the completion, or culmination, of the human system.

The number itself is nothing to be afraid of. It is what that number represents that is of great concern. That is why the author of the Book of Revelation wrote in this poetic/symbolic language and imagery. This kind of apocalyptic literature was a political critique of its day – not a predictive work for our day.

Pointing this out to Christian young people would accomplish at least two things:

The number 666 holds no special power – especially today. What it represents however is very much still in power and needs to be examined and engaged as ‘the Powers That Be’.