Apple Updates and the Church 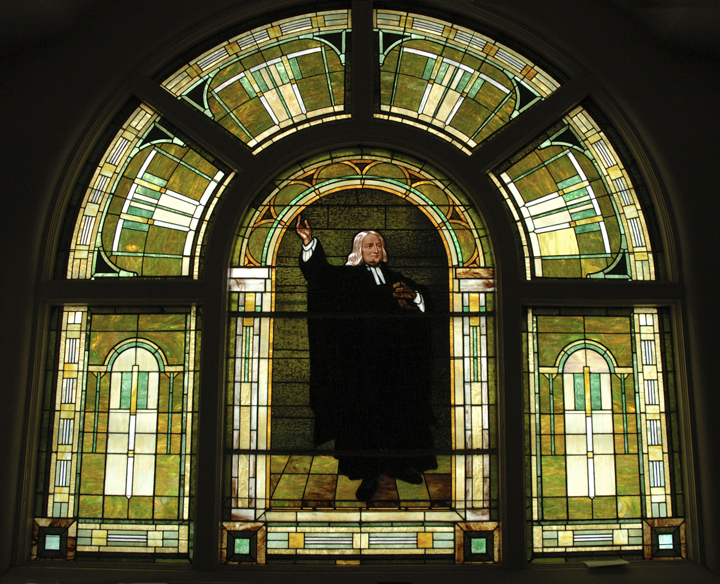 I have been thinking about the church and technology a lot lately. Part of it comes from planning to update a sanctuary constructed in 1951. Some of it has to do with recruiting a team to handle all the tech stuff at ‘church plant’. A bit of it came from the odd analogy that was used repeatedly about the ‘glitches’ related to the initial launch of the Affordable Health Care Act website and all of the sigh-up problems. People, including the President, said “yeah but even Apple has glitches when it first launches a product”.

An inexact comparison to be sure.

One of the questions that we are asking at the Loft LA, as we enter into our second year, is:

“What does it mean to use the Ancient-Future model of church in West LA?”

We come out of a United Methodist Church – which is a classic and beautiful expression of the Mainline tradition of Protestant Christianity.  The Loft is attempting to reclaim and hold onto the best of that inherited tradition … while at the same time engaging the culture around us in way that is contemporary and appropriate.
I’ll confess. It is a tricky section of water to navigate.

To use my favorite bowling analogy, there are gutters on each side that you want to avoid.
On the one side, you have a temptation to cater to the culture and concede so much of the Christian tradition that you have basically assimilated to the surrounding culture that you are nearly indistinguishable from it! This can happen in patterns of consumption, political views, sexuality, financial matters, or any other number of areas.

On the other side, you have the assumption that the inherited tradition, the given forms, are inherently relevant and effective in every place and in ever time since they were divinely delivered and historically proven. What this impulse to conserve leads to is reification of some previous era or expression of church that was culturally appropriate by which has since expired in its effectiveness in doing so. For a group whose gospel is, at its core, about incarnation … this is unacceptable.

This is why we think that the ‘Ancient-Future model’ of church is the best way forward for a young community.
Here is a short video about my recent experience with an old Apple TV that was given to me and why it triggered some thoughts about christian community for me.

Apple Updates and the Church from Bo Sanders on Vimeo.

In technology, when you fall enough behind on your updates, you can actually trap yourself with the inability to update. This is the definition of irrelevant. The christian spirituality that is employed in much of the North American church may be in this kind of danger. I am nervous that we are looking to get resources (updates) from sources (servers) that don’t exist anymore.

We are looking for solutions in things that don’t exist anymore.

The danger, for a religion that is at its core incarnation, is that the inability to be conversant with the surrounding culture in the epitome of irrelevance.

Ancient-Future is a model that was popularized by Robert Webber before he changed his emphasis, focus and tone at the end of his life. His books on Faith, Worship, Evangelism and Time are supremely helpful and informative.

My quoting him does not imply a wholesale endorsement of all of his works or thoughts.