12 Years A Slave and the Cross of Christ 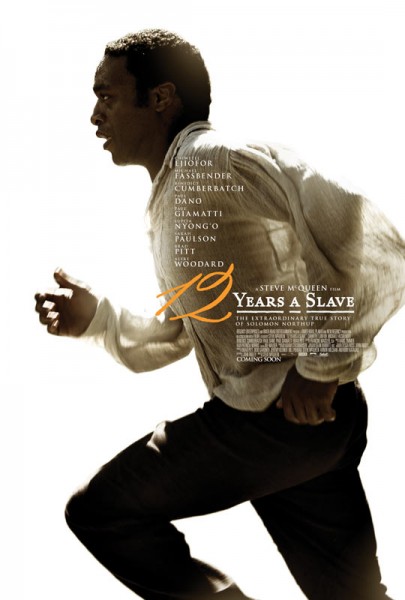 12 Years A Slave is one of the most powerful movies I have ever seen. The cinematic elements compliment the twisted and troubling plot to create a riveting experience for the viewer.  What follows is a theological reflection – for a more formal review of the movie check out Pop Theology by Ryan Parker.  Ryan and I also recorded a podcast that will be released this evening.

Based on a true story, the plight of Solomon Northup (played by Chiwetel Ejiofor) is a journey from the good life as a free black man in the North to the hellish existence of a slave in the deep South. Visual artist-turned-director Steve McQueen frames the narrative in stunning cinematography and a unique pacing that reflects the twists and turns in the story.

12 Years A Slave is one of those rare movies that impacts you emotionally and challenges the assumptions you carried into the theatre. The journey of the main character sticks with you and causes you to ask questions that you know deep down need to be examined.

I expect that this movie will be one of those rare films that trigger a much-needed cultural conversation. Issues of race and America’s haunting legacy of slavery and native reservation are never far from our national consciousness. Race is often front and center in the nightly news and on the margins of most national conversations.

While we know that something is amiss, we may not know how to approach the topic. We want to have a conversation but we may be unsure about how to proceed.

From the controversies surrounding the election of President Barack Obama to the George Zimmerman trial to the ongoing ‘stop and frisk’ policy debate in the New York City mayoral election, there is an awareness that race matters (to borrow a sentiment from Cornel West’s book title) but a perpetually unsatisfying confusion about how to access the underlying issues.

For Christians, perhaps the best way to address these issues is via the cross of Christ.  In his newest book, The Cross and the Lynching Tree, famed theologian James Cone equates the cross and the lynching tree: “though both are symbols of death, one represents a message of hope and salvation, while the other signifies the negation of that message by white supremacy.”

This is poignant because Solomon Northup first witnesses and then experiences the lynching tree in 12 Years a Slave. The lynching tree is the ultimate weapon of intimidation employed by the same slave owners who claimed the name of Christ, but who preached from the Christian Bible to their slaves in order to justify their cruelties.

“what is at stake is the credibility and promise of the Christian gospel and the hope that we may heal the wounds of racial violence that continue to divide our churches and our society.”

There are plenty of movies that are as fleeting and significant as the popcorn one eats during it. 12 Years A Slave is a different kind of movie. It has substance and is capable of being a touch-point for a significant cultural conversation.

“Until we can see the cross and the lynching tree together, until we can identify Christ with a ‘recrucified’ black body hanging from a lynching tree, there can be no genuine understanding of Christian identity in America, and no deliverance from the brutal legacy of slavery and white supremacy”.  – Cone

If we can talk about a movie like 12 Years A Slave in light of The Cross and the Lynching Tree, we may be able to begin to have a much-needed constructive and reconciling cultural conversation about race in America.

The election of President Obama was not the end of racism in America. As the 50th anniversary of ‘the March on Washington’ showed, we still live in a deeply divided country where race and the legacy of racist policies and attitudes have a lasting effect and are an ever-present reality.

America is also a deeply religious country and Christianity is the dominant religion. The irony, and the opportunity, resides in that fact that the symbol of the cross is so central to Christian imagery. There is great hope there, if only we would take it seriously and see what the Salvadoran martyr Ignacia Ellacurio called “the crucified peoples of history.”.

You can listen to my conversation with Ryan about the film here on the podcast.