Reclamation, Religion and Consumerism’s Bricolage: in conversation with Philip Clayton 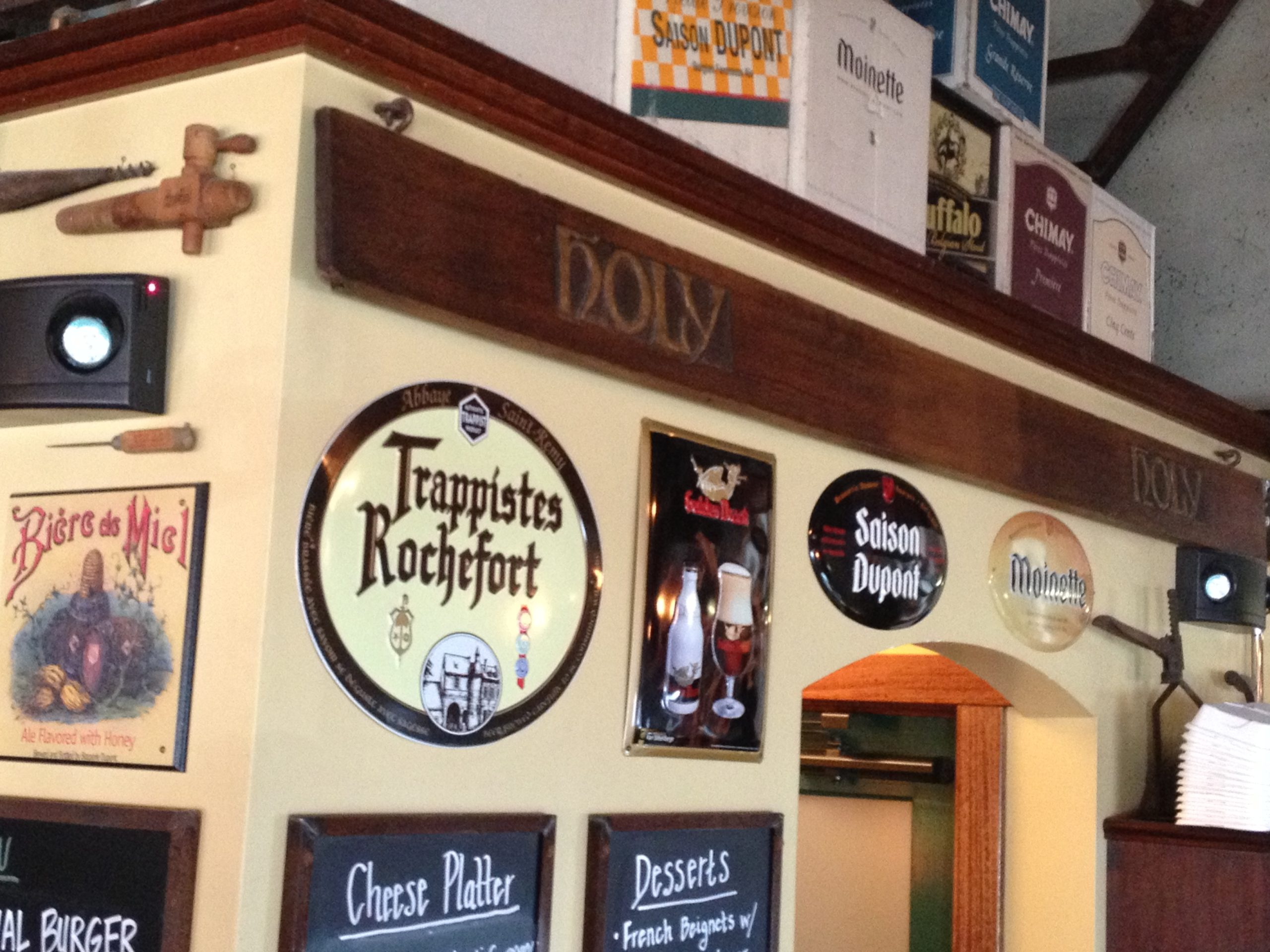 A couple of weeks ago I had a very interesting conversation with Philip Clayton. Several of us went out for lunch after the High Gravity session on Religion & Science. We were at a restaurant where the walls were decorated with a busy collection of reclaimed signs, old pictures and repurposed trinkets.

Dr. Clayton was across the table from me and at one point I look up to notice that above his head was a sign that read ‘Holy’ on one side and ‘Holy’ at the other end. The words ‘Holy – Holy’ were framing either side of his head.

I tried to come up with something clever to say, scouring my memory for some passage from the Hebrew Bible or the book of Revelation to tweak. The window of opportunity closed because the conversation was quite intense. That morning the topic had been ‘Science & Religion’ and now we had expanded it to ‘Religion & Society’ – or more specifically to ‘Church & Culture’.

The conversation intensified and it became clear that neither Dr. Clayton nor Tripp was too happy with my cynical take on consumer mentalities when it comes to consuming religious experiences within a capitalist framework.

At one point I said “it is like that sign behind you: it’s not like the holy is absent from the space and all the activity that happening here – it’s just that it blends in and goes unnoticed in the midst of all the bricolage that it melts into.”

Somebody had reclaimed that wooden sign. There is a story behind it – there might have even been more to it (I wondered if it used to have a 3rd ‘Holy’ further down the line that had been lost).

But that is my point! In any gathering there are going to be those (like us at that table) who think that what is happening is legitimate, sincere, authentic, important and worth organizing your life around. The congregation is also going to be largely made up of those who are consuming a religious experience – and it is financially worth about the same amount as a movie, a meal, a game or a show.*

I will go even further: this is my great hesitation with those who want to ‘go back’ or ‘conserve’ with their religious participation. This impulse was never more evident to me than when I began interacting with those were into Radical Orthodoxy or with evangelicals who had converted to Eastern Orthodoxy or Catholicism. The ‘zeal of the convert’ can be a telling element when it comes to the anti-modern or counter-modern impulse.

An incongruity is exposed in the counter-modern impulse of these conserving movements. Never mind for a moment that often what is being conserved is born out of a patriarchal model – set that aside for a second.

I will attempt to make this in 4 succinct points:

Those four things signal to me that even the most sincere, authentic, devout, and thorough engagement – whether a Pentecostal, Evangelical, Orthodox, Anglican, RO, Catholic, Mainline or Congregational expression – must account for the ubiquitous consumerism within which we all are saturated.

Dr. Clayton rightly said that I while I had a good point I was proceeding in far too cynical a manner with it. He is correct of course.

My aggressiveness is born out of a deep concern. What we say the church is about – what we believe the very gospel to be – is so vital and so needed in the world today, that we can not afford to ‘play pretend’ about previous centuries and blindly participate in consumerism all the while trumpeting the virtue of our chosen ecclesiastic community.**

The danger, in my opinion, is that religious communities will become nothing more than decorations on the corner of a neighborhood or one more option at the mall food-court.

For christian believers, the holy is all round us. We can not afford for it to disappear among the bricolage nature of our hyper-advertised media-saturated existence.

The gospel, at its core, is incarnational. Our central story as Christians is flesh and blood in a neighborhood. The whole project is contextual – it only happens in a time and a place. We can never escape that. That is why romantic notions of past centuries or early manifestations can be dangerous distractions and fantastical facades.

We can’t afford to fade into the bricolage.

* plus it usually comes with free babysitting.

** Some might object that they have not chosen but rather have ‘stayed’. I would argue that they did within the consumer’s capacity to do so.