It’s Not Miley That I Am Worried About

Home / engaging / It’s Not Miley That I Am Worried About 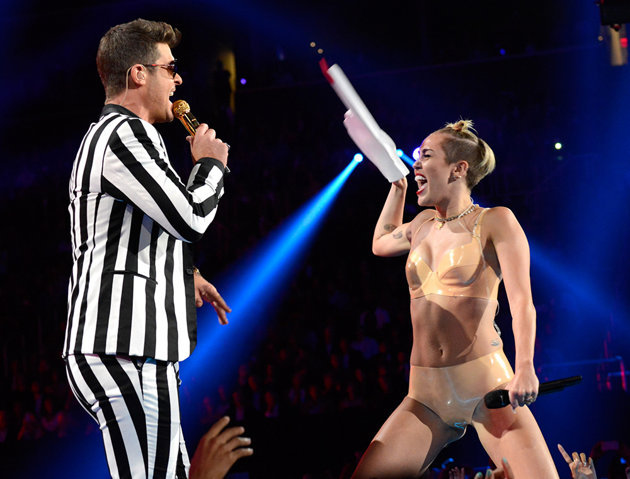 If you saw the VMA award’s show on Sunday night you will know what I am writing about. Miley Cyrus stages her best impression of Madonna  – who (by the way) was the top earning female performer last year over Gaga and Katy Perry – for the broadcast.

But that is not the point … at least not initially.

My concern is about my pre-teen and teenaged girls who watch her and imitate what she does.

There is plenty of conversation out there about the effect that her antics might have on emerging generations. I get that.

My concern is not generated from a holiness, pietistic or modesty-oriented perspective. I am under the impression that we need to address female sexuality with a 21st century ethic that is free from the bonds of “who gives this women to married this day” morality standards of patriarchal repressive ‘Leave It To Beaver’ era domesticity.

My concern is much deeper. I am concerned with young women – who I know by name – and what they picture when they think of ‘female’ and ‘sexuality’.

Unfortunately, none of them have read Baudrillard. More telling, none of them probably know who Andy Warhol is. Which is a shame because even more than ‘Reviving Ophelia’ (of which they also have no awareness) they are impacted so deeply by the issues that Baudrillard addresses.

In Baudrillard’s view “identity is increasingly dependant upon images” and this leads to replication, imitation and simulation.  This is marked off in four stages:

This is the concept of simulacra – which is composed of all “references with no referents, a hyperreality.”

In other words – the original has been reproduced so many times (simulation) that the concept itself has been corrupted and the reproductions are increasingly corrupted to the point that the original is almost unrecognizable.

And the further this continues, the less reality is contained in the imitations. They become references to references and, at some point, become copies of copies which have no intrinsic value within themselves.

Miley Cyrus’ performance is, therefore, not the end of the line.

It is the penultimate in a long line of reproductions.

I am not concerned with Miley’s performance Sunday night. It was simply a poor imitation of a real mold. What I am concerned with is those who might imitate her poor impression. This is the clear cross-over from simulation to Simulacra and hyper-reality.

I’m not concerned with Miley’s performance or her fame (even a simulation of  a Madonna-like performance in order to access her level of fame).  I am concerned with those pre-teen and teenage girls who want to be famous (first and foremost) and who think they need to be imitate that behavior (simulate) in order to do so (stimulate).

I am not concerned with Miley’s or Madonna’s sexuality. That is what it is.  I will even say that the latter is specimen and the former is a simulation. What I am concerned with the Simulacra that is to follow.

1) I know that some people hate Wikipedia links but for the audience I am most concerned with, it is the accessible.
2) I know that there is a whole conversation to be had about reproduction in art. We will do that some other time.