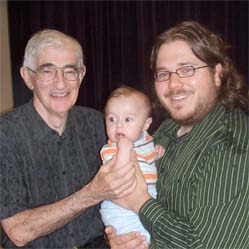 With over 5 years of interviews under out belt – having gone from just friends listening to 50k – realizing that there are a ton of people who can’t get the best interviews from the past – let us introduce you to Homebrewed Christianity Barrel Aged podcast.  I will be re-releasing the best interviews from the early days, super-short new intros, and hopefully doctored audio.  Let me know what you think of the idea.  If enough people want to early stuff I will make the series it’s own stream and get the first 100 interviews out so newer Deacons can download them.

The first coming out of Barrel Aging is Crossan’s first visit to the podcast.  It was first released in April 2008 but the conversation is still packed full of Biblical Prophetic thunder in Crossan’s awesome Irish accent.  If you enjoy the episode let us know & go pick up the book God & Empire in paperback.
*** If you enjoy all the Homebrewed Christianity Podcasts then consider sending us a donation via paypal. We got bandwidth to buy & audiological goodness to dispense. We will also get a percentage of your Amazon purchase through this link OR you can send us a few and get us a pint!***