Process Is Poised For A Comeback

Home / latest / Process Is Poised For A Comeback 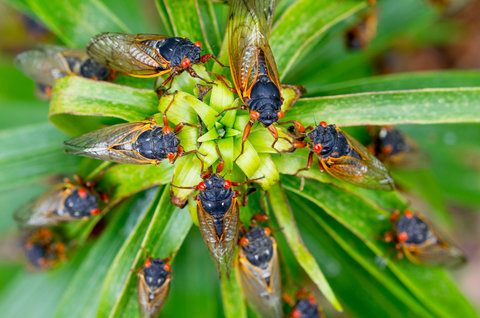 Three things have been rattling around in by cranium while I was away this Spring.

1. The cicada’s came back. Every 17 years the Periodical Cicada Brood II emerges to rollick in the Eastern half of the U.S. for a brief but frenzied round of sex and gluttony. We will not see them again for 17 years. It is a phenomenon that always garners it’s fair share of bewilderment and awe.

It is appropriate that this baffles most of us. We are set to think in perennial terms and oddities like this don’t fit that narrative. Underneath the soil right now is a massive swarm that we will not hear a peep from until 2030.

2. I was listening to an episode of Smiley and West’s weekly radio show while I was fixing up my parent’s house. The guests were Maceo Parker and Bill Ayers (interesting mix eh?). It was pointed out that sometimes, things just take time. Ayers’ example: Rosa Parks refused to give up her seat in 1955. It was not until 1963 that the march in Birmingham took place.

Ayers points out that not everything happens in quick succession. He said this in reference to the Occupy flare-up last year and why it appears that not much has come out of them.

3. Tony Jones had the response to Jack Caputo’s address at the Subverting the Norm conference. Point 2 of Tony’s 13 points was :

Process theology had its chance. If process theology couldn’t get traction in the American church under the auspices of John Cobb in the 1970s, I doubt that it will gain traction with his acolytes. Outside of Claremont (and Homebrewed Christianity), I hear little about process theology. I am not saying that popular theology = good theology; that would make Joel Osteen a theological genius. What I’m saying is that process theology did not capture the imagination of a critical mass of clergy and laypeople in its heyday, so I doubt that it will today. But maybe I’m wrong. Maybe Cobb was ahead of his time, and the church is only now ready for process.

I know that Process thought will always be on the periphery. It will never be mainstream… and I am o.k. with that. Some things just work better as ‘catchers’ on the outside of the whirlwind.

Here is the thing: many Mainline, progressive or emergent church expressions don’t make that many converts. Some may even think that evangelism is wrong/trite/passé/ or coercive.

You know who does make a lot of converts? The evangelical-charismatic branch of the family. They do.

But not all of their kids or converts find the theological answer persuasive or satisfying after a while. So there is always a large supply of folks cycling out of the evangelical spin-cycle looking for better frameworks and answers … and it just so happens that Process thought can provide that.

Process thought interacts with both Biblical Scholarship and Science with flying colors.

Process even has a built-in interface for engaging other religions. It’s perfect for the pluralism that our world and time are calling for.

Yes – you have to learn some new words and it is admittedly clumsy to transition into from a classical approach. We all acknowledge that. But … and I can not overstate this … if your unhappy with the frameworks that you inherited, what have you got to lose?   Your faith?

If the alternatives are to either:

A) close your eyes and choke-down the medicine

B) walk away from the faith altogether

Then what is the harm is picking up some new vocabulary and concepts that allows you to navigate the tricky waters of the 21st century?

I mean, what else are you going to do for the next 17 years while we wait for the cicada’s return?

I have been enjoying 2 big books while I was away:

Modern Christian Thought (the twentieth century) and Essentials of Christian Theology – both have significant sections of Process influence.