100 Days in for Pope Francis 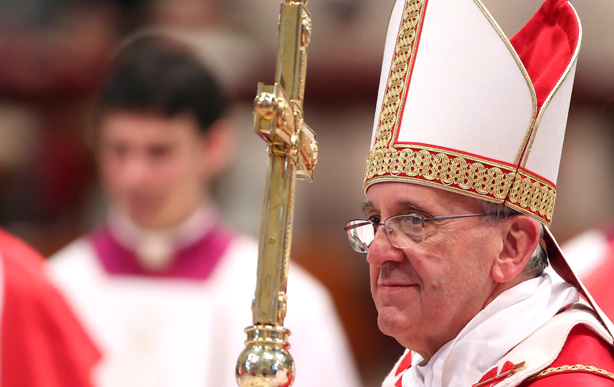 This morning I found two stories related to the first 100 days of Pope Francis’ tenure.

The first was a glowing review by an unlikely source. Esquire magazine had a blog that detailed some of the major  highlights.

It has now been a little over a hundred days since Francis took over the Vatican. He famously declared on his first day “The Carnival is over,” by which he meant that he wanted the Church to abandon its luxurious ways. But for Pope-watchers the carnival has just begun. There is serious upheaval in the Vatican, with outsiders brought into major positions of power, and Francis speaking openly of “a current of corruption” in the Curia, but, as an atheist, I don’t really care about any of that. I’m sure it takes guts and brains to try and reform the Church, but whether the Vatican is a strong or a weak institution is of the smallest possible concern to me. What is much more important is how he has used many small gestures to demonstrate the possibilities of compassion.

The second story comes by way of the CBC news show the Current. You can listen to the fascinating segment about the attempt – and difficulties – related to changing the Vatican’s ‘bank’ system and some of the corruption that has recently been uncovered.

These scandals are notable because the Institute for the Works of Religion (the so-called Vatican Bank) handles billions of dollars in trusts and holdings for the Catholic church. Pope Francis is attempting to change the culture of the hierarchy but scandals like this expose that corruption goes all the way to the highest offices.

Late last week, Italian police arrested Monsignor Nunzio Scarano, a high-ranking cleric in the department that manages the Church’s assets. Monsignor Scarano was already under investigation for allegedly laundering money, using the Institute for the Works of Religion — the so-called Vatican Bank.

Now, he is accused — along with two others — of trying to smuggle $20-million-euros out of Switzerland and into Italy, tax-free and undetected by Italian authorities. The arrests came just two days after Pope Francis launched a campaign to clean-up the Vatican Bank, which for decades has been accused of money laundering, corruption and links with the mafia.

While the famous foot-washing of Easter week was a wonderful symbolic act, and while he may be a fun and friendly character … it is matters like this bank scandal (and the billions behind it) that will determine not just the public perception of Pope Francis but ultimately the sustainability of the global Catholic structure.

As you may know, I went out on a limb the day he was elected by saying that this would be a game changer – so I like to keep an eye on his dealings.