How Taking a Hike Can Lead to Metaphysics

Home / latest / How Taking a Hike Can Lead to Metaphysics 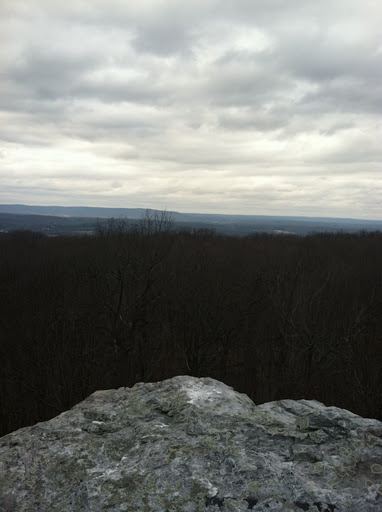 I am PUMPED about this guest post by philosopher & avid hiker Leon Niemoczynski.  I first connected with Leon when I read his book on Charles Peirce and then found out he was into Process thought, speculative realism, and German Idealism.  On top of that I listened to him do a better job than I even imagined connecting the work of Meillassoux to Whitehead in his paper “Meillassoux’s God and Process Theism.”  Any way, I think you will dig this post.  After you read it comment or call-in some questions for Leon because he will be visiting the podcast soon. Now… here’s Leon!

Nature can remove us from an obsessive humanism.  It can return us to a state of thinking about
the world rather than about ourselves.  Part of my desire to hike, therefore, is simply the desire to be removed from other human beings.  In other words, while hiking, I’d genuinely rather be thinking about plants, animals, and trees than about other people.  Hiking, to me, means escaping social media, escaping the internet, and escaping human social presence.  Hiking is actually among the most radical forms of anthrodecentrism in that it’s an immersion into a “world without us.”

Yet, what is the world “without us?”  In this question there seems to be a metaphysical issue at stake: What is the world, really, whether humans or not?  Is it possible that hiking (especially in remote environments) may divulge this question’s answer? 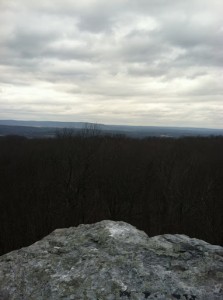 I see these ideas not only as part of metaphysics, but as part of theology.  I see these fields of query as being intertwined in their concern with ultimacy.  This probably sets me apart from a large number of contemporary philosophers who do metaphysics, as most contemporary philosophers in the continental tradition simply disavow God or, at the very least, disavow the notion that world involves some intrinsic process of value creation which is not fundamentally concerned with human life.  To state that the divine may not take the human to be the sole pinnacle of its creation certainly sets me at odds with a large number of other philosophical theologians that I know of.  However, I do believe along with Whitehead (and others, Hartshorne among them) that other “cosmic epochs” are indeed possible, and that a true eco-theological understanding of the cosmos must take into account the reality of relations between human and non-human alike, or even more fundamentally, we must take into account how the world, nature, in its most vast and encompassing sense, shall go on once the human species is extinct.

In another way, however, what I mean by God, especially relating God to an immanentist and materialist metaphysics, one that at once speculative as much as it is naturalist, places me midstream, I think, within some of the more current debates in continental philosophy.  In fact, for some 20th century metaphysicians (for example, Gilles Deleuze) arguably “God” just is this process of creative becoming.  And so realism, materialism, naturalism, and theology all intersect here.  And as I hope to show in my own future work, ecology or more accurately “eco-theology” – in its twin dimensions of metaphysics and value theory – must be added to this list as well.  To put it another way, ecology has yet to become properly theological which is at once metaphysical.

What is metaphysics, and why may taking a hike lead to it?  Metaphysics is what Whitehead calls “speculative philosophy,” it is “the endeavor to frame a coherent, logical, necessary system of general ideas in which ever element of our experience can be interpreted.”  This description sounds forbiddingly abstract.  Though, on the next page of Process and Reality, Whitehead goes on to say that metaphysical principles can never “fail their exemplification.”  In other words, part of the requirement for a good theory of reality is that reality actually exemplify that theory’s truth or meaning.  (This is “pragmaticist” as well.) 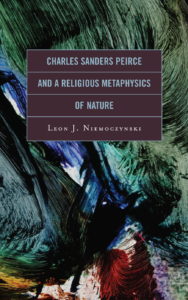 My first book, Charles Sanders Peirce and a Religious Metaphysics of Nature (Lexington Books, 2011) stated a thesis very much in line with Whitehead’s thought mentioned above – that an adequate metaphysical picture of the world ought to evidence itself through empirical data.  This data may present itself within natural events of the world (a volcano, a spider’s web, a shooting star) as much as it can within personal human experience.  A tension becomes apparent in that one might ask whether or how what I am calling “God” here can be “empirically” exemplified.  And so “empirical” and “exemplification” take on key roles for me, especially in such a way that, as being adequate to an empirical picture of the world, they remain part of a metaphysics which does not rely strictly upon lone human “experience” for its data within some sort of isolated “proof” (isolated as in lone subjective phenomenological experience).  If anything, a community of inquiry must sort through and engage empirical data.  Here the Peircean notion of a “community of inquiry” is as good as any scientific community which looks to discern the ultimate features of the world apart from one’s personal experiences of those ultimate features.

Now, it is my view that concrete sensuous elements of the world, including human experience, but not limited to it, may present the divine or divine creative becoming.  In other words, it is possible that nature affords lines of insight into its own infinitely productive ground in such a way that materiality and the sensuous may indeed serve as the divine’s chief exemplification, thus the divine’s concrete and aesthetic expression.  Thus the aesthetic may signify “feeling” in such a way that aesthetic value is a “sensuousness” and materiality indicative of divine process. We may account for, in a much deeper way, I think, what materiality can mean if “feeling” simply does reference “just” mere human emotion but instead references the sensuousness of the world in which we find ourselves. Indeed, tones of materiality an sich may constitute the “feeling” of the world which is of its own unique value: a non-anthrogenic value.

No one doubts that there is a non-cognitive element to the material realm in which “non-human” but still sensuous experience “appears,” but I would like to draw attention to the form of qualitative immediacy that is the natural world of which we are (but a small) part.  I would conjecture that on the most fundamental or primal level, qualitative experience is present within all of the natural world and indeed constitutes it.  If this is true, I would argue, that empathy or a feeling of connection – especially for creatures capable of experiencing that value – is possible even among the most primal forms of life as there is a continuity of feeling among those creatures capable of communicating and expressing, feeling and connecting.

Arguments concerning skepticism aside (“How do you know that there is information exchange among non-humans unless human beings are somehow present to detect it?”), scientifically we do understand that there are forms of consciousness other than human beings that, if not by analogy, then by their behavior alone, exhibit recognition of qualitative immediacy and “broadcast” their experience of sensuousness.  This immediacy and sensuousness is present and gauged in terms of importance (Whitehead) or value, where perception of the value indicated in the material realm is crucial if a life form is to survive.

Introspectively, the feeling of sympathy (metaphysically on a wider scale I shall call this “onto-sympathy”) means that any connection, any relation, requires a kind of Fichtean negation of self, of one’s own finitude as a self in order for any semiotic exchange to take place.  For A to communicate with B, A must send information to something not-A.  To me, remarkably, this may also serve as a communicative foundation for a religious sense of piety as much as it can for a metaphysical foundation of communication.   In other words, negation, identity, semiotic exchange, self determination, all seem to require at a minimum qualitative experience which allows first, a sense of one’s own finitude, being a self-communicating creature who relates to some other, but second, an immediacy whose elasticity stretches to meet an “other” who is not finite (whether process, Person, reality, etc.) and who is not “just” human.  On my view, “materiality” understood as a sensuous aesthetic – perhaps even understood as an intensive fabric of “material aesthetic” – may thus serve as the medium upon which “feeling” (onto-sympathy) “bonds” individuals into any possible identity or contrast: the ultimate of these contrasts being finite-infinite.

The question I would like to end this short reflection with is this: If it is true that the natural world 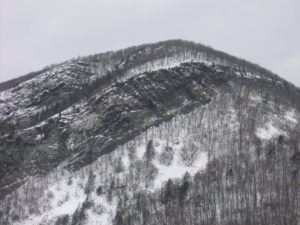 has of its own character intensive aesthetic properties, feeling tones, or is imbued with a material sensuousness that is expressed by human and non-human alike, and if this sensuous materiality may divulge divine creative becoming in its immediacy (the divine interpreted to be something like a process panentheistic God, following Whitehead), then when alone hiking is it not possible that attending to or immersing one’s self within this material sensuousness may in fact afford contrasts which open lines of insight not just into specific viewpoints of qualitative immediacy, say regarding other forms of life – plants, animals, birds, trees, etc. – but into the general character of a divine becoming, lived by all?  Further, if this value is opened to us, rather than by us, could we not say, metaphysically, that this value is non-anthrogenic and essential to the creation and sustenance of life itself, the divine life included?

In a future post or article I would like to parse out how this value may not necessarily be strictly “affirmative” in character (as in the addition of some positive moral value), for there is a distinction to be made between moral value and the intrinsic value (positive or negative) of adding to or subtracting from existence.  In other words, it may be possible that breaks, fissures, and disruptions, darker “tones” of melancholy or even bleakness itself may be just as informative about the most general features of the world as any other tone in question– and that, indeed, the “darker” tones of the world – of the divine – may be among the most illuminative.  This is an avenue yet to be explored and continues along the lines of my research into Schelling, German romanticism & aesthetics, “speculative naturalism,” and process theories of value creation.