Greg Boyd Is Not Emergent 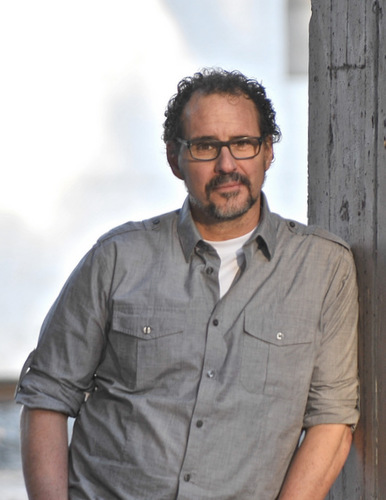 I love Twitter. It is the best (and fastest) way to catch a sense of what is going on and get updated on trending topics. It is truly amazing to see what some can do with 140 characters.

The other day I ‘eavesdropped’  on a really interesting exchange that was telling – in just 3 tweets.

no offense, just an honest question: how has @greg_boyd been lumped into the “emergent” stream by so many people?

Only among those for whom “Emergent” = “Dangerous Theology” : )

Greg Boyd, the man in question, jumps in to answer for himself:

This is fantastic stuff. 3 things jump out at me:

1) While many emergent folks look to Boyd as a conversation partner, that is not the same as him being in the emergent camp. Boyd’s books The Myth of a Christian Nation: How the Quest for Political Power Is Destroying the Church and Myth of a Christian Religion are wonderful (and you can give them to people as gifts). He is an Open Theist and has recently transitioned to Anabaptist identification. He is an interesting character no doubt … but he is not emergent.

He preaches like an old-time revivalist and will often go for 40 minutes. He stands on a stage in front of a packed auditorium and monologues in an elevated volume as if he forgot he was wearing a microphone. This guy is old school.

Which leads to my second point.

2) If Coker is right and emergent is used by some as a synonym for ‘dangerous’ it would explain why so many of the concerns/critiques of emergent-ish stuff fails to land with any meaningful connection. They don’t know what emergent is. That is so obvious that I may have missed it. Just last week I wrote:

I get challenged in nearly every place that I go about this term ‘emergent’. Now, to be fair, most people have never looked into the scientific theory of emergence – to them it is a brand like Baptist, or Catholic or Pentecostal. It could be called “Shock-zone Psycha-jazz” Church and mean just about as much to them.

All the same, the challenge often sounds like this:

“I hear 10 different definitions of the emergent church. It seems to mean on thing to this group and a different thing in this area.”

That is a fair question. But a better way to approach the topic might be to cut “emergent church” out of the sentence and paste “farming” in it’s place. How would you answer this question:

“I hear 10 different definitions of ‘farming’. It seems to mean on thing to this group and a different thing in this area.”

Not that hard right? Different soil, different climate, different water sources, different seeds mean that farming in one region can look entirely different from it does in another.

3) Boyd comes in with a “soft foundationalist vs. extreme Epistemological relativists” contrast. (Coker challenged this but got no reply). This is so telling! I wanted to say ,”oh… I see: one is ‘soft’ and other is ‘extreme’!”

That is the funny part about people trying to put Boyd in the emergent camp. Look, I really really like Greg Boyd. I think he is a fascinating person with tons of integrity and I respect him the world. But he is not emergent – by his own admission.

This is a guy who takes the time to explain that Angels needed training in the early centuries of the cosmos. Here is part of his defense of Ralph Winter’s gap theory of history to explain why there is no geological or paleontological evidence of a worldwide flood:

… God commissioned angelic beings to oversee aspects of nature and the production of life, similar to the way God later commissioned humans to have a domain of authority over nature and animals. These angels, he speculates, were “in training,” which in part perhaps explains why life evolved so slowly (from our human perspective). (Read Ps. 82 if you think angels are exempt from needing training).

I thank Rob Davis for asking such good questions and I really appreciate Boyd’s personal reply.
I just keep shaking my head at both the idea of cramming Boyd into the emergent mold and Boyd’s presumptuous response.
I thought it might be interesting to talk about here.