Palm Sunday Is The Most Political Sunday 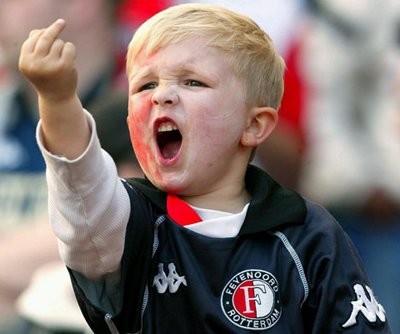 As a children’s and family minister, I love Palm Sunday. At our stained-glass and organ church we do it up big. We get lots and lots of palm branches for folks to wave during the singing of the hymns and we have the kids process down the aisle and march around the sides of the pews. It is quite a visual.

That is the modern version of Palm Sunday. It is kids choirs and photo-ops and lots of fun.

The original Palm Sunday was little bit different. It was not so cutesy and hallmark holiday. It was aggressive and it was deeply political.

The politics of Palm Sunday:

The Jewish people were under occupation. Roman occupation was especially repressive and brutal.

The last time that the Jewish people had been free and self-governed also meant that they had their own currency. On their big coin, a palm branch was prominently displayed.

Laying down palm branches ahead of a man riding a colt/donkey was an act of defiance and an aggressive political statement.

We want to be free. This guy is going to change things and restore what was lost.

Having children wave palm branches in the equivalent to teaching a child to stick up her middle finger in anger… only more political.

I am troubled by the lack of context regarding the palms of Palm Sunday. It reeks of both willful ignorance and religious disconnect.

In so many ways we have sanitized, sterilized and compartmentalized the teaching of scriptures. We proudly and loudly defend the Bible – all the while neglecting the actual reality talked about in that Bible.

We complain that Christmas and Easter have been commercialized and secularized all the while partaking of the consumerism and cultural complacency that those two celebrations are meant to challenge!

Palm Sunday might be the most flagrant example of this ignorance and misappropriation. Palm Sunday is call for revolution against the powers of oppression, the systems and institutions that occupy foreign lands and repress its citizens with unjust practices and economic policies.

Palm Sunday is the most political Sunday of the year – but in our more therapeutic approach that assumes empire and concedes political realities in favor of spiritual ones, the meaning is lost.

This is not just symbolic but emblematic of our watered-down, imperial, and impotent brand of christianity.

We do this with everything. Cornell West and Tavis Smiley are talking about how we will do it with the Dr. King celebrations this coming year. They are calling it the Santa-Clause-ification of MLK. He will be a man with dream but little else … and his politics will be lost in the focus on children not being judged by the color of their skin but on the content of their character.

Just think about this: what would it take for us next year, to teach our children to drop the palm-branches and lift their middle fingers? What would we have to believe about oppression and empire to reclaim the original intent of the palms on Palm Sunday?

I’m not saying that we should do that – I am trying to utilize it to get at how much we have assumed, conceded and ignored about the political realties that we find ourselves caught up in.

What conversations would we have to have with our kids about:

in order to explain why they were laying down palm branches or raising their middle fingers to the powers the be?

This post was inspired by a sermon given by Rev. Chris Spearman at the Loft LA yesterday.