On the Credibility of Integral Philosophy: a Response to Tony Jones’ Blog

Home / latest / On the Credibility of Integral Philosophy: a Response to Tony Jones’ Blog 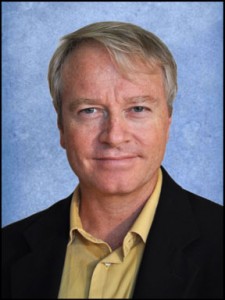 This is my second “guest blog” here on Homebrewed Christianity. The first one, titled: “What Is Integral Philosophy?”, drew a response from Emergent Church thought leader Tony Jones, over at the Patheos website, titled: “Why Does Integral Philosophy Sound Like New Age?”. I was not aware of this until Tripp Fuller alerted me to Tony’s blog, and in connection with Tuesday’s podcast interview on Homebrew, Tripp invited me to respond with the following.

First, let me say that I’m glad my blog got Tony’s attention. My purpose in making media with Tripp is to help cross-pollinate the integral and emergent movements because there is a lot of overlap and I think we are natural allies. As a follower of Jesus myself, I’m reaching out to progressive Christians because I know it is easy to get the wrong impression about the credibility and usefulness of integral philosophy, and I want to correct that. In my books I draw heavily from the work of Philip Clayton, Holmes Rolston III, John Haught, David Ray Griffin, and of course, Whitehead and Teilhard.  And I’ve found that the main difference between the integral perspective and progressive Christian theology is integral’s focus on the evolution of consciousness and culture. Building on progressive Christian theology in my latest book, Evolution’s Purpose: An Integral Interpretation of the Scientific Story of Our Origins, I contend that this distinctive integral understanding of the evolution of consciousness can in fact be established through academically credible arguments (the book was endorsed by Rolston and Haught).

Second, I agree with Tony that the convoluted chart at the top of his blog post does not help our cause. However, in addition to being a form of philosophy, integral is also a popular movement. And those who have sought to popularize the integral perspective have often times schlocked it up. As I argue in the podcast with Tripp, the teachings that make integral interesting and accessible to a popular audience are the same ones that over-simplify it and make it seem more like pop psychology than serious thinking.

Ken Wilber, however, is another matter.  I am not a “fanboy” of Wilber (using Tony’s phrase), but my work is certainly indebted to many of Wilber’s insights. Wilber is a complicated figure because he is both a philosopher and a spiritual teacher. And in my 2007 book, Integral Consciousness and the Future of Evolution, I critique Wilber for failing to distinguish integral philosophy from his Vedanta/Vajrayana belief system, and for playing fast and loose with the serious scholarship of others. Although I identify myself as an “integral philosopher,” I don’t consider myself a “Wilberian.” Integral Consciousness includes a chapter on “The Founders of Integral Philosophy,” which makes clear that Wilber is part of a line of integral thinkers who have all sought to understand the spiritual implications of evolution.

The integral perspective may appear to casual observers to be a form of progressive spirituality because it has emerged out of this culture. But integral philosophy pushes off against and attempts to transcend the abundant shortcomings of progressive spirituality. And in my attempt to do just this in my writing, I’ve found the work of Clayton and the other contemporary theologian/philosophers mentioned above to be very helpful.

Tony writes that he has avoided looking into integral philosophy because of its lack of academic recognition. Yet even though there are a number of professional academics actively working to improve integral’s image in academia, I do not expect these efforts to bear much fruit in the near term. In my humble opinion, mainstream academic philosophy is largely in default regarding its duty to society. It’s been culturally irrelevant for decades, and has become so cramped and pinched that it is now only of interest to narrow specialists.

This same situation prevailed at the beginning of the Enlightenment, when the academic philosophy of the time (Scholastic Aristotelianism) had become stale and irrelevant as a result of its becoming the handmaiden of religion. Early Enlightenment philosophy was not only ignored or disfavored, it was illegal—Spinoza had to flee Amsterdam in the middle of the night to avoid being arrested for his writing. And now, most of academic philosophy has become similarly stale; this time as a result of becoming the handmaiden of science. The reactionary scorn heaped on atheist philosopher Thomas Nagel’s recent book, Mind and Cosmos: Why the Materialist Neo-Darwinian Conception of Nature Is Almost Certainly False, provides a good example.

Thus it should come as no surprise that unorthodox forms of philosophy are emerging now to try to move forward in ways that are otherwise blocked by the materialistic prejudices of the academy. So even though most of us integral writers strive for intellectual rigor in our scholarship, we do not expect mainstream academia to validate our transcendence of their way of thinking. When it comes to entrenched identities, even the best argumentation is not persuasive.

To conclude, regardless of our limited prospects within mainstream academia, I do hope to persuade Tony and others in the emergent church movement that integral is worthy of more than a “drive-by dismissal.” Admittedly, a full-throated defense of integral philosophy cannot be adequately accomplished in a short blog post, or even an hour’s podcast, and I suspect my upcoming interview with Tripp will raise additional questions and objections. But hopefully it will at least pique your interest. And if it does, I invite you to visit my website and check out my books. Once you give it a fair hearing, I trust you will agree that this new way of seeing can be highly useful for our mutual work of furthering the progress of spirituality in general, and the teachings of Jesus in particular.