What Is Rick Warren Reading? 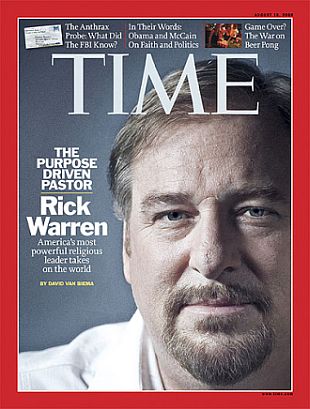 Rick Warren provided some of us with a lot of fun the past two days on Twitter. He had sent out a message:

“New churches: Buy land as soon as you can but delay building for as long as you can. Cant explain all the reasons here.”

This set off one of the funniest followup memes I have seen called #RickWarrenTips.

Those, however, are not the Warren tweets that I want to discuss. Earlier Warren had fired two out of the blue shots at ‘liberals’. I had just finished my progressive and liberal post at Jesus Creed and so I was really interested.

Here are his two quotes:

Liberal theology cannot sustain a local congregation. It kills churches. In fact, It only survives due to tenured academics.

Liberal theology has never created any university. It just sucks the life our of those that were started by Bible believers.

Plenty of people had push-back on the last bit of revisionist history.  I’m not so concerned with the accuracy of his content …my question is what do you think spawned  or sparked it?

So I thought it would be fun to throw it out here and see what wild speculations you might have.