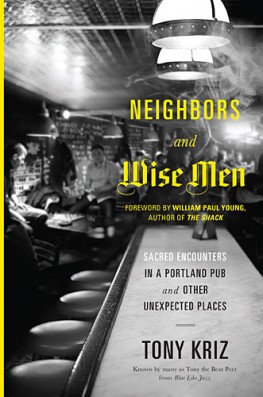 iI am blogging my way through Neighbors & Wisemen for Lent. Today we are in chapter 7.

The final sentence hits you hard.

“True hospitality pushes past what we can afford to give up and makes deposits in accounts we can never lose.”

It is truly humbling, and a bit disturbing, to be in a hospitality culture. When you ,as a visitor, are given the first, the best, the most  – even though you know there was great sacrifice in oder to provide it – it can be upsetting.

What was eye opening for me when I began to travel internationally was to see this kind of hospitality and to recognize that this foreign hospitality was far more like what I read about in the Bible than the customs of my U.S. American culture.

The irony is that we were bringing the gospel to them. That felt weird at some level.

The line that hit me the hardest in this chapter was not about hospitality however. It was

“How could I possibly compete with the threat of eternal damnation?”

Which is a really good question.

How can you compete with the threat of eternal damnation?

The answer is that you can’t. It is a trump card of sorts. It holds great power in our imagination.

Give Me That Old Time Religion

I love the Bible. Or at least I thought I did until I began to study it.

Take hospitality for instance. When most people hear Sodom & Gomorrah then think of a sexual act.  But there are two interesting things in the Bible about Sodom – one is in the story itself and one comes much later.

In the story itself, you see that the whole scenario is set up by a lack of hospitality. Lot will not leave the visitors in the town center as the sun sets. Lot insists that these strangers come to his home.

This sort of thing is shadowed in the New Testament when Jesus famously talks about the sheep & the goats of the final judgement. I needed a place to stay and you gave me one. You took me in.

So I ask myself a simple question: am I like Lot going into the city center to see if anyone needs a place to stay?
The answer, unfortunately, is no.

Then there is the other part of the Bible where the prophet – speaking for God – explains what God’s problem with Sodom & Gomorrah was.

“Now this was the sin of your sister Sodom: She and her daughters were arrogant, overfed and unconcerned; they did not help the poor and needy.”

But wait… I thought their sin was … ya know…

That’s the odd part of the story. That night the men of the village surround Lot’s house and threaten to violate his guests. He is SO hospitable that he even offers his own daughters in order to protect these visitors. This is a kind of hospitality I have no frame of reference for.

So I have to ask myself a second question:
Am I, as Ezekiel 16:3 outlines,

Unfortunately the answer to all four of these is yes.  I have Sodom’s sin problem.

I thought Sodom’s sin problem was … ya know …

No. It turns out that homosexuality is not Sodom’s sin.  Well that is convenient!  Are you telling me that in the richest country the has ever existed – where we have an obesity problem … and a Bible in every hotel room … that Christian preachers are more concerned with something that never happened that with what the Bible says was the real problem?

Yes. We make Sodom’s sin one of sex that never happened rather than the lack of hospitality and care that we as affluent Americans so often imitate.

At least we are going to heaven. After all, we have the gospel and we take it to them.

No, unfortunately something odd has happened where our gospel has so often not compelled up to go out in the city center and make sure that everyone has a place to sleep – but instead we put our energy into

A) preaching against others’ sin and

B) going to another country to tell them why they should believe what we do.

It is an interesting little knot we have tied for ourselves.