What Is Integral Philosophy?

Home / latest / What Is Integral Philosophy? 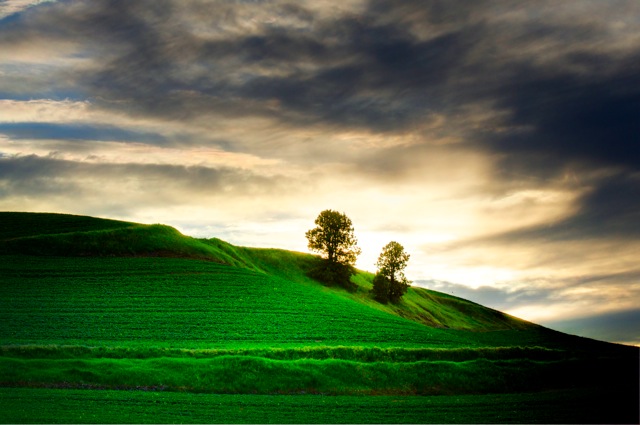 Integral philosophy has been receiving a good deal of attention within the progressive Christian community recently. And because I’m both a “progressive follower of Jesus” and an integral philosopher, Tripp Fuller asked me to write a brief blog post on the subject to accompany the podcast discussion between he and I that will appear on the Home Brewed Christianity website. So what follows is a simplified description of the emerging integral perspective as I understand it.

Integral philosophy is a spiritual philosophy of evolution that emphasizes the evolution of consciousness and culture as a central factor in the process of evolution overall. Integral philosophy itself has evolved over the last century through the work of Henri Bergson, Alfred North Whitehead, Pierre Teilhard de Chardin, Ken Wilber, and others. This philosophy also draws on the discoveries of developmental psychology and other social sciences, and it has been influenced by related forms of social philosophy, such as the widely respected work of German philosopher Jürgen Habermas. Although these founders of integral philosophy differ on many points, they have all recognized that a greater understanding of consciousness is the key to a more complete conception of reality.

While the concept of consciousness is easier to illustrate than define, a common sense definition of human consciousness includes a person’s thoughts, feelings, intentions, values, memories, and sense of self. Consciousness can be understood as the inside of human experience, what it is like to be and know ourselves; and this sentient personality, this original identity, is also the unique subjective presence through which others know us.

What makes integral philosophy compelling and important is its demonstration of the connection between the personal development of each person’s values and character, and the larger development of human history overall. Through its insights into the evolution of consciousness and culture, integral philosophy offers realistic and pragmatic solutions to the growing global problems that are increasingly threatening human civilization. That is, from the perspective of this philosophy, every problem in the world can be understood, at least partially, as a problem of consciousness. So it follows that the solutions to seemingly intractable problems, such as environmental degradation and climate change, nuclear proliferation and terrorism, hunger and overpopulation, unregulated globalization and gross inequality, can all be effectively ameliorated by raising or changing the consciousness that is continuing to create (or failing to prevent) these problems.

Human consciousness can evolve in a wide variety of ways. It can be raised or evolved by increasing empathy and compassion, by cultivating knowledge, understanding and forgiveness, and by building political will and the determination to achieve social and environmental justice. Consciousness can also be raised by enlarging people’s estimates of their own self-interest, by expanding their notions of what constitutes “the good life,” and by persuading them to appreciate new forms of beauty and truth. The developed world’s relatively recent acceptance of women as the social equals of men provides a good example of how the human condition can be improved through the evolution of consciousness.

According to integral philosophy, however, the evolution of consciousness is largely dependent on the evolution of human culture. When humans evolve their culture through new agreements or new forms of organization, this results in a corresponding growth in human consciousness. Through the “network effect” of cultural transmission, when one person has a conceptual breakthrough or new realization, this advance can be shared with others. And as new discoveries or new skills are adopted within a larger cultural context, such advances become refined and reinforced. Consciousness and culture—the individual and the group—thus co-evolve together.

This understanding of the co-evolution of consciousness and culture leads to another central tenet of integral philosophy, which recognizes the sequential emergence of values-based stages of human cultural development. That is, integral philosophy’s view of cultural evolution sees history as unfolding according to a clearly identifiable developmental logic or cross-cultural pattern that influences the growth of human society. This developmental logic need not be construed as a “deterministic law of history,” or as implying a strictly unidirectional course of cultural development, but it does reveal a recurring theme in humanity’s narrative story. The unfolding of this theme or pattern results in a dialectical structure of conflict and resolution, which is created by the interaction of specific worldview stages or levels of historical development.

Integral philosophy’s insights into the evolution of consciousness and culture may be of particular interest to progressive Christians because of the light this new perspective sheds on the unique historical challenges now faced by Christianity. Tripp and I begin to unpack the relevance of integral thinking for progressive Christianity in the podcast that will accompany this blog (in the next 2 weeks), and I hope we will be able to continue our discussion in the time ahead.

STEVE MCINTOSH J.D. is a leader in the integral philosophy movement and author of the new book, Evolution’s Purpose, as well as the acclaimed 2007 book, Integral Consciousness. He is also a co-founder of the new think tank: The Institute for Cultural Evolution. In addition to the think tank and his work in philosophy, McIntosh has had a variety of other successful careers, including founding the consumer products company Now & Zen, practicing law with one of America’s largest firms, working as an executive with Celestial Seasonings Tea Company, and Olympic-class bicycle racing. He is a graduate of the University of Virginia Law School and the University of Southern California Business School, and now lives in Boulder, Colorado with his wife and two sons. For more on his work, visit: www.stevemcintosh.com