Preferring the Past: Phyllis Tickle, Radical Orthodoxy and the Tea Party 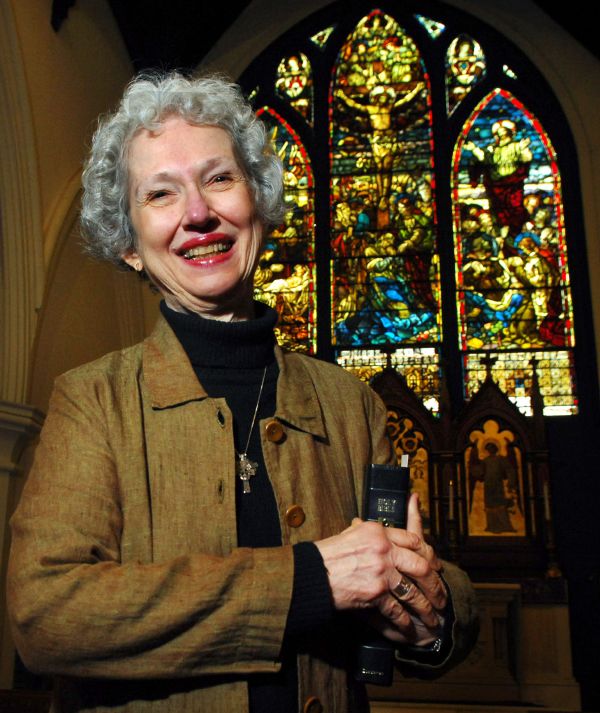 There has a been an uproar this week over Phyllis Tickle’s closing comments at last weekend’s big emergent event in Memphis. It was a party to celebrate Phyllis and her book “Emergence Christianity”.

Friend of the podcast, Julia Clawson (who was at the gathering) wrote an amazing reflection on the odd series of events. You can read about it on Julie’s blog – One Hand Clapping.

I watched from an entranced distance as the whole thing unfolded this week. Apparently Phyllis connected the dots from women in the work place, to the Pill (birth control), to Christendom’s demise. All of which sounded good to me!

Then it took an unprecedented turn as Phyllis, it turns out, was not saying that was a good thing and suggested moms needed to get back to cooking dinner for their families and telling bible stories.

This threw everyone a little bit. There were already concerns about the lack of women, people of color, and LGBT voices on the stage. The trainwreck had just started (read Julie’s report for the actual progression of thought).

I read a number of responses including

I also read some less measured responses and even attacks on twitter.

Now all of this happened while I was saying “The future of Christianity is not to be found in Europe’s past” in a critique of Radical Orthodoxy’s proposal to return to Aquinas and the Greek polis as a model.

I also had somebody staying in my house who is from a Red-State and who is tormented on Facebook by Tea-Party ‘supporters’ who are concerned, among other things, about the loss of their ‘old time religion/county’.

Back to Phyllis Tickle. There is some debate if she had the flu which caused her to not nuance like she normally does and thus spiral back to 1957.

I want to give her the benefit of the doubt personally. I almost can’t believe she said it – or meant it like it sounded … but for the purpose of our conversation here:

Let’s pretend that Phyllis said what she meant and meant what she said.

Do you think that the past was better? Is the solution to what ails us in the present going back to something in the past that we need to reclaim for our future?

I am not under that impression. I hold that all theology is contextual theology and so all expressions (even the Biblical record & the creeds) are neither universal nor timeless. All expressions are particularly located and unavoidably time bound. All products are embedded in a place and located in time.

Just to be clear: I love history. But I have no fascination with the past. It was what it was. We should learn from it but we can not return to it.

Someone reported that Barry Taylor – who I study with – said just the day before Phyllis’ odd statement that when we indulge nostalgia we re-create a past that never existed in the first place and how the only way to move is forward.

It reminds me of the book The Way We Never Were: American Families And The Nostalgia Trap. There are so many aspect to this romantically remembered past that need addressing. The two biggest hiccups seem to be

Preferring the past is something like fantasy. It is part imagination and part escape.  Even if it were like we imagine it, the simple fact is that we can’t go back. We don’t live then and can’t get there. There is nothing helpful about reminiscing for a romanticized imagined past.

This is why I like the post-liberal perspective of George Lindbeck (Nature of Doctrine) – not because that is what I want people to do but because he helps me understand what people are already doing. [What Phyllis said about moms and christian formation in the home could be taken right out of the post-lib playbook!]

What Phyllis is suggesting, is what the post-Libs and Radical Orthodox are driven by. It’s what the Tea Party wants for politics. It is a preference for the past.

I appreciate the past. I try, where I can, to honor the road that led us here. I try to find continuity with the tradition and embrace, where possible, historical practices that lead to life in an emerging reality.

Families have changed. That does not mean that we have to either-or go back to mom in the kitchen or give up on discipling the next generation. There are innovative and creative ways to encourage the formation of christian character in our young people.

To prefer the past is a game of selective remembering and editing. It is a least farcical and at worst harmful. God has place us here – now. That is a gift and an opportunity.

The nature of religion has a conserving element to it that unfortunately sometime goes from being one of the significant player in the room to the high-chair tyrant demanding its way.

I write all of this for several reasons. The first is that I simply can not believe that Phyllis said it. But she did and so I can not imagine that she meant it like it sounded. It just seems unfathomable to me.

It does however give us a chance to do three things:

I would love to hear your thoughts, questions, and concerns.
HBC also releases a conversation with Tickle today. It was recorded before the conference so the controversy does not come up.