5 Biggest Changes for Pastors in the Last 50 Years 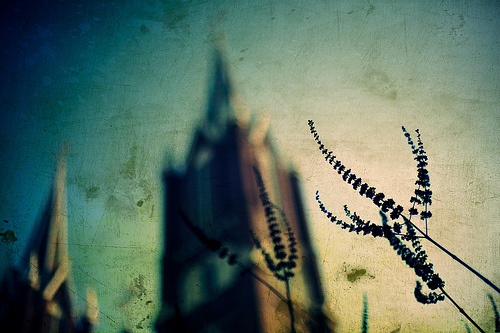 I’m preparing to facilitate a conversation with some colleagues in the new year about ministry and honoring tradition. I want to begin – and thus frame – the conversation with the changing culture that we are products of, interact with and attempt to minister to.

It is a different way to approach the topic of tradition, admittedly, but my thought is that we start where we are and then trace threads into the past to uncover their significance. I almost always find it unhelpful to start in the past – say at the Protest Reformation – and then slowly work our way up. It is simply too limiting (in scope) and cumbersome (in process) for the contemporary expectations of ministry.

I have been reading a little Gordon Kaufman. He has me thinking about the ‘nuclear age’ and how deeply that shift, from the end of WWII, has impacted us sociologically, psychologically, and spiritually. I take this as my launching off point.

So here are my Big 5 – in no particular order. I wanted to throw them out here and see what others who are older, or wiser, or more insightful might add to the list or modify.

Pervasive Pop Psychology  – My dad tells a story about interviewing retired pastors 30 years ago. He asked them when things seemed to change. All of them, without exception, pointed to the window from 1968-1970. They talked about Woodstock, Vietnam, and Nixon among other things.

Many of them also talked about people’s awareness and pop psychology. I will always remember the story of a son who came home from college to visit his folks on the farm. He tried to talk to his dad about his feelings, motivations, childhood memories, his subconscious, etc.  His dad responded, ‘Son, what the hell are going on about?’ He just had no frame of reference for it. Similar stories were repeated, in differing configurations, over and over by  the ministers.

Pop psychology has permeated every facet of society. From Oprah on daytime TV to Self-Help books – it impacts what people expect from a pastor and what they want from things like premarital counseling.
In my first 10 years of ministry, I often said that I would have more prepared for the actual way I spent my week if I had gotten a degree in psychology  rather than in Bible.

Biblical Scholarship – speaking of the Bible, I am shocked as to how much different those conversations go than they did 20 years ago when I was trained in Apologetics/Evangelism.  Between the Jesus Seminar, the Da Vinci Code and Bart Ehrman popularizing the stuff many pastors knew from seminary but were not allowed to say in the pulpit, it is a very different playing field.

It is an odd split: people often know little of the Bible – because they know so much stuff about the Bible. We can’t assume even a Sunday School understanding or a surface devotional reading. But at the same time, the culture wide awareness of critical Biblical scholarship is shocking. That was not true 50 years ago.

The Internet – The Internet changes everything. From the way people spend time to the way that they shop for a church. Facebook has changed how people connect to each other. Google has changed the way people access information. It is impossible to overstate how big of an impact the Internet has had on Western society. If you are still doing church the way you did 50 years ago – and think that it will have the same effect – you are fooling yourself. You may have the same seed, but the soil itself has changed. It will not grow the same crop or produce the same fruit.

Two little examples: When kids who grew up in your church come home from college and sit in on Sunday school (for example). They will assume that they get to share their opinion. They don’t sit quietly and honor the elders by talking last. They will raise their hands and talk first. Is it that they are over empowered? No. It is that they assume that they get to help shape the discussion and their opinion is valid. They don’t sit quietly and try to get up to speed or catch up on what they have missed.

Doug Paggitt talks of ‘the pastor as Google’. I love this. People don’t go to Google for Google. It is not a destination. It helps people get to their destination. If it does this well, people trust Google and go it often. Pastor used to be like encyclopedias. They were a resource, a destination for information. Now, the pastor’s office is not a destination, the art of pastoring is help people find theirs. If we do that well, they trust us and come back the next time they need direction.

Pastor as encyclopedia is a repository of information. Pastor as Google is a resource that knows how to find the information.

24 Hour News & Christian Media –  Cable news and Christian radio probably have a bigger impact on the people who fill the pews that any pastor can be expected to have in a 30 minute sermon once a week.  There is no other way to say it, the narrative that is being put out on media outlets like Fox News (Clash of Civilizations) or Christian Radio (the 6 Line Narrative) is so pervasive and so monolithic that it can feel as if your parishioners are being pastored far more by their TV and car radio that you will ever be able to.

This is also part of why our country and culture have become so:

I am horrified by this trend more than all the others combined. I think that it hurts the heart of God and I know that it hurts our Christian witness.

Fractured Globalism  and PostModernity – People have great troubles conceptualizing and articulating how fractured, dislocated, overwhelmed and powerless they feel in the global marketplace. Things are not simple now. Things have never been more complex and overwhelming. Look at the food on your table? Do you know where it comes from? Think about your Thanksgiving dinner last week and imagine how many miles and from how many countries those ingredients were trucked to end up on your table. You might be shocked.

Think about your car. Was it all made and assembled at the same plant? Or even in the same country. The automotive industry was fairly straight forward 50 years ago. Now it is an example of inter-national, multi-corporation conglomerates. We have been de-centered, and people feel it. The way we conceptualize ourselves, our connection to family, the way we picture the world working, the universe and thus God. The best book I have read on the subject is “Identity, Culture, and the Postmodern World” by Madan Sarup.

The PostModern Turn – speaking of PostModern, this may be the biggest of the 5 changes. It is funny to me that some christians still want to debate if the category is real just because it can not be succinctly or universally defined (how very modern!)  Look, call it what you want: late-modernity, hyper-modernity, high-modernity, or some other thing – what can not be denied is that something big and deep has shifted. Blame it on the philosophers (Derrida, Lyotard, Foucault, etc) if you want. Make up a new name for it if you must. But please stop pretending that what we are looking at is nothing radical or unexpected. Even the ostrich thinks that it is time to pull your head out of the sand!

One interesting reaction, and this applies to denominations, is the counter-modern responses that want to go back to an imagined past and reclaim a romantic pre-shift relationship between the Christian religion and

You can see this in counter-modern responses like Radical Orthodoxy (retreating to the hills of Thomism), Post-Liberal thought, Hyper-Calvinism and the Tea-Party in politics. Even if you pastor with an established denomination (and many don’t) you have to contend with these fractious groups that will impact your congregation.

Those are my 5 Big changes for Pastors over the past 50 years. I would love your thoughts!  What would you take out and what would you add?