What if John 14:6 isn’t even about Salvation?

Home / thinking / bible stuff / What if John 14:6 isn’t even about Salvation? 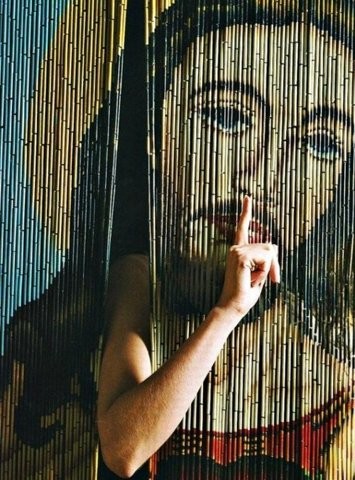 Over the past two months we have been having a lot of fun talking about John 14:6.  The release of Brian McLaren’s new book Why Did Jesus, Moses, the Buddha, and Mohammed Cross the Road?: Christian Identity in a Multi-Faith World  and our subsequent live event with him at Wild Goose West (audio here) got us started.

Then Jericho Books gave us some copies to give away so we put out the John 14:6 Challenge. People stepped up with posts and used the speakpipe to leave us messages.

I swung first with “Jesus wasn’t talking about Muslims in John 14:6” and followed it up with “an alternative to John 14:6” saying that one that famous passage is off the table for thinking about how to deal with other religions … where does one start? What are the alternatives?

Last week, Tripp and I recorded a TNT that will come out this afternoon where we listen to some of the calls and talk about some of the posts…  in that midst of that conversation, (beginning in minute 15)  we put out an idea that I thought should be in written form and not just audio.  Here it goes:

Not only is John 14:6 not about other religions – since it is a disciple’s invitation – but it is not even about salvation. It is about relationship and not salvation.

I blame it on lazy reading that results in conflating subjects. I think that Jesus is inviting those who follow him to relate to ‘the Father’ (Abba) as he relates to Abba by:

Tripp implies that is has something to do with Calvinism and it’s histroical impact of making salvation:
A) transactional instead of relational
B) individual instead of communal

So I want to ask the question (you may want to listen to the TNT episode to hear the whole context):

What if John 14:6 is not only not about other religions – but isn’t even about salvation? How would that impact your use of that passage and where else would you turn in the Bible for an alternative?

Personally, I would go to Acts 4:12 “God has given no other name under heaven by which we must be saved.”  Mainly because it has the word ‘saved’ in it AND sounds semi-exclusive … which is what people TRY to get John 14:6 to be – but simply isn’t.   That is the conflation that I am talking about.