Issues of Race in Politics, Music, TV and Sports 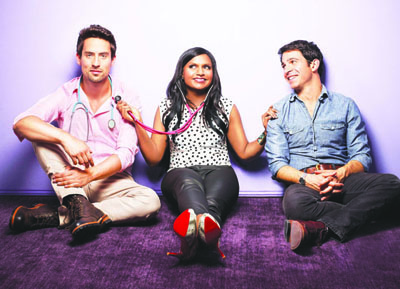 [I initially wrote this for Ethnic Space & Faith
but thought it would be fun to cross pollinate.]

Despite what the caller said on this week’s ‘Take Them to Task’ segment from the Smiley & West show said, race is still an issue in North America – not everyone is color blind. In fact, here are four stories that caught my attention in the past couple of days in the areas of politics, music, TV, and sport:

Politics:  Much analysis is being done – and will continue to be done – about the U.S. Presidential election.  I had heard leading up to November 6 that if Gov. Romney was to win, he would have to do it with the largest percentage of white voters in recent history.

While he did not win yesterday, the ethnic breakdown was stark and is causing much consternation in conservative circles. Whites, and especially Evangelicals, reports say, voted over 80% for Romney. It is almost exactly the opposite (some reports say as high as 93%) of Latino voters went for Obama.

My only point is that if you think that the election of a Black president makes this a post-racial country, you have another thing coming. Race is still an issue and will continue to be an issue as we move to 2048 when Whites will not be a majority in America.

Music: You may have seen the uproar over the music group No Doubt’s new video “Looking Hot”. Rolling Stone describes it this way:

The clip for the second single off their long-awaited new album, Push and Shove, featured a Wild-West theme, replete with tee-pees, feather headdresses and smoke signals. After releasing the video on Friday, No Doubt quickly drew complaints for using the stereotypical imagery, with threads such as “Appropriating Native American culture” appearing

The band did apologize and did remove the video.  The apology was thorough – including a section that said “As a multi-racial band our foundation is built upon both diversity and consideration for other cultures. Our intention with our new video was never to offend, hurt or trivialize Native American people, their culture or their history. Although we consulted with Native American friends and Native American studies experts at the University of California, we realize now that we have offended people.”

So with all of that concern and consultation, how did they make this big of a blunder? To put as much effort and money into making an elaborate music video … and not to think “hey – this might not be cool” … is shocking.  But yet it happens all the time in a fairly predictable pattern.  This is why I am constantly talking with Randy Woodley about the idea – whether it is sermon illustration or music video – that within a consumerist society, everything is simply another esthetic – brand – label – style. Nothing is ‘real’, it is merely style. This is not going to go away until we address the given structures – whether in the areas of politics, entertainment, economics or religion.

TV:  in this month’s Pacific Standard magazine, the question is asked “The Safe Race: are South Asians the new ‘model minority’ of American entertainment?”  The article focuses on the amazing rise of actors and personalities of South Asian (mostly Indian) ancestry.  We have moved from a decade ago when the only representative was the cartoon Apu on the Simpsons (whose voice came from a white actor)  to today where CNN chief medical correspondent Dr. Sanjay Gupta, the Daily Show’s Aasif Mahndvi, Top Chef’s Padma Lakshmi and – perhaps with highest profile – from Office and now The Mindy Projects Mindy Kaling.

In the article, Shilpa Davé, an assistant professor of American studies at Brandeis University, notes that

producers and directors are perpetually in search of nonthreatening novelty, and contends Indians fill this role particularly well in the post-9/11 world. Many Americans might be wary of a character identified as Arab or Chinese, given our past, current, or feared future conflicts with those countries. But there’s no such baggage with Indians, who inhabit a functioning democracy noted for its religious pluralism. Spicy food, spiritual solace, splashy movie musicals—what’s not to like? Indians may represent a different culture, but in Davé’s words, it’s “a comfortable kind of difference.”

This would be a great conversation to have because it may give us an entry point to some the notoriously elusive matters of race and Orientalism that we so desperately need to address in our age.

Sports:  The NBA season has started and the Minnesota Timberwolves unveiled a team that many are concerned may be ‘too white’.  Critics are worried that this is a ploy by team ownership to market (make more palatable) to a fan base in a very white state of Minnesota. That seems very cynical – especially when one considers:

while the team lacks as many African-American players as most other squads, the Timberwolves are still quite diverse. Five of their ten white players were born outside of the United States.

I bring it up only to say that in an increasingly globalized culture, we may have to find new way to talk about ‘race’ as a category because skin color is only going to get us so far.