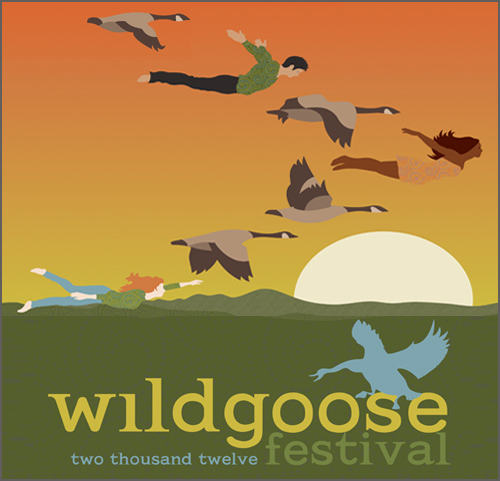 This past weekend I got to participate in one of best and most interesting experiences of my christian life – Wild Goose West. This was the festival’s first venture to the left coast and it did not disappoint!   Billed as an intersection of ‘Art, Justice, Music and Spirituality’, the Goose brought its unique blend of expression and conversation over the Mississippi River and across the Rocky Mountains to County Fairground near Corvallis, Oregon. Folks from all over the western states migrated – and some dedicated veterans of Wild Goose East (held in NC) flew in.  It was quite a mix of people.

I was delighted by this first Wild Goose West. I had a hundred great conversations, listened to amazing speakers and interesting musical acts, as well met dozens of new friends. I was also challenged in areas of artistic expression, racial reconciliation and both sexual and gender justice.

If I didn’t know better, I would say that this was the best spend of a Labor Day weekend in my adult life.

But alas I have a wrinkle that some others may not have had. I used to live in the Pacific North West and while I was there I both went to an evangelical school and ministered at an evangelical church. I have since migrated geographically south and theologically left. As a progressive-emergent type who continues to passionately hang onto my evangelical roots, I have plenty of friends who still live in the PNW and who are still solidly evangelical.  And no-one will tell ya the behind the scenes scoop like good friends.

Apparently not everyone was as thrilled with the Wild Goose experience as I was! Here were the four complaints that I heard:

Here are my four actual responses:

As I was flying home I got thinking “How could we make the Goose wilder?” I came up with three suggestions. The first two go together, the third is just for fun:

1. Move from the printed schedule being celebrity centered to question centered.

So instead of it saying “Richard Rohr: contemplative practice”, Rohr would be given a question to answer “Does prayer get us there in the 21st century ?”

2. Move from solo presentations to conversations.

All of these marquee speakers has a schtick. We could still provide a time for the likes of Brian McLaren, Rachel Held Evans and Bruce Reyes-Chow to do their amazing (and polished) one hour presentations on the main stage if we wanted. But every other venue would be a conversation built around a question.

We did this with our Homebrewed Christianity Podcast each of the two nights and it was incredible!  As much as I love listening to Rachel Held Evans’ talk (and she could still do her solo thing) It was so interesting to hear her in conversation with J. Daniel Kirk the evangelical biblical scholar on the question “What does it mean for something to be ‘biblical’ ? ”

The night before we had Melissa Marley Bonnichsen (a Lutheran) in conversation with Eliacin Rosario-Cruz (an Episcopalian) on the question “How does liturgy, sacrament communal practice get us our of the rhythm of Hallmark holidays and the consumer calendar.

We also Brian McLaren, author of Why Did Jesus, Moses, the Buddha, and Mohammed Cross the Road?: Christian Identity in a Multi-Faith World in dialogue with Philip Clayton – provost at the new Claremont Lincoln University – the first inter-religious university in the world.

I loved Bruce Reyes-Chow’s session built around the question “Are we still talking about Race?”  But I would have loved it more if he was in conversation with Randy Woodley or  Richard Twiss.

3. Have the Hymns & Beer Tent every day (instead of just one) and don’t have anything else going at the same time.

At some point each day (one in the afternoon, one evening) folks will only have three options  sing at The Tent, take a nap, or have a side conversation with a friend.

I loved Wild Goose West. I can’t wait for next year. Those who organized and planned the gathering did an incredible job and I could not be more impressed. I know that normally a 96% approval rating would be enough … but those four comments really got me thinking and so I just wanted throw this out there in case anyone wanted to make the Goose a little wilder.

Let me know your thoughts on my suggestions or offer some of your own!