Waiting for Superman: the problem with Christopher Reeve

Home / engaging / Waiting for Superman: the problem with Christopher Reeve 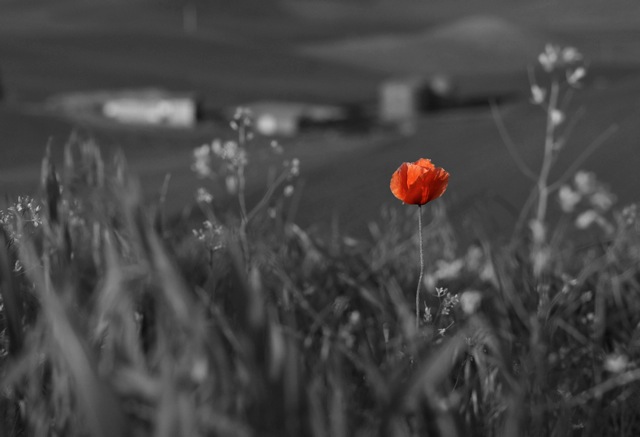 I had an interesting conversation with a friend of mine about Christopher Reeve. As you may remember the rich movie star, famous for his role as Superman, was tossed from his show horse and broke his neck resulting in paralysis. He soon began a campaign to bring awareness for the cause of such things as paralysis.

I was talking to this friend of mine who subscribes to the idea that everything is in God’s hands and everything happens for a reason (since God is in control). I was making the point that since Mr. Reeve did not care about such things as paralysis before he fell off a horse, it calls into question whether he is doing his now benevolent work for an ego-centric reason since he is campaigning for the very condition from which he suffers. ?
My point was that it would have been remarkable if some superstar or famous person cared about something before it impacted them personally. It intrigues me to see someone standing up for something that wasn’t just their back yard.
My friend thought that this was ridiculous. And said that there is a divine plan in such matters and that the proud will be humbled so that they can do this kind of work. I think that there is a great danger in the kind of thinking.

1. We are not only to care about things that directly impact us. One of the major points of Jesus‘ teaching was to care for those who couldn’t or didn’t return the favor. If we only love those who love us, what have we done? Everyone does that. If we invite to dinner only those who will reciprocate, what good is that? Even the pharisees do that. If we keep our energy and influence within a circle of economy that ultimately benefits us and ours, what value is there? Even the pagans do that.

We are supposed to be a people who look outside ourselves. Who reach out to those just beyond our natural reach. To work for those who don’t (and maybe can’t) pay us back. To folks who circles of economy don’t immediately overlap with our wealth of influence and credibility.

2. Unless we are going to adopt (or wholesale buy into) a form of divine ordination of things like the myth of progressive society, manifest destiny, social darwinism or historic inevitability – then we are on thin ice with this kind of thinking.

When I was a Sr. Pastor my wife was the director of Rape Crisis for the county which was a part of the Domestic Violence hotline. I have heard so many times over the past 20 years of being in ministry some configuration of ‘God allowed this to happen so that the victim can now help other victims/ work on the problem’. This both terrifies me (about our view of God) and infuriates me (double wounding the victim).

I get wanting to say that God was not absent from care in the situation. I do. But because we concede the omnipotence idea initially we run into that overly simple binary that if God is loving why didn’t then ‘he’ is not all-powerful and if God is all-powerful then ‘he’ is not loving. This will never get us anywhere.
We need to have a real theology of sin and a real anthropology. It is not enough to simply quote watered down clichés of something Europeans held to in the 17th and 18th centuries.

3. We are fools if we don’t think that things outside our backyard don’t effect us. There is no such thing as an individual. Every time we say ‘individual’ we must say ‘an individual in community’. There is no individual. It is an enlightenment fraud. You were born into a family, socialized into a society, you don’t speak a private language and you are intimately tied to those around you and the earth that upholds you.

So much of our short-sighted thinking acts as if we are not inter-connected in a web of relationships. Communities, cultures, economies, environments, and families are both related and in some way impacted by each other. To think otherwise is not simply foolish but sheer fantasy. What happens over there impacts us over here.

In fact, I would expand it one ring further: I need the other. I am missing something that they can supply and God has designed-called us into a mutuality and partnership that strengthens us all. I am in as much need of what they have as they are of what I bring. We need each other.

The old saying is lacking. Walking a mile in someone else’s shoes is impossible – it can’t be done. You can not have someone else’s experience. The best we can do is to build a friendship of trust, where someone tells me their story – shares with me the truth of their experience and I believe them.

When it comes to matters of race, gender and sexuality I think that we should admit that we all have something at stake in the conversation. Matters of race and color are not only important to non-whites. Gender isn’t something that only women should care about. Sexuality is not just a conversation about same-sex attraction. By not addressing issues of privilege and the fantasy of individualism we are stunting the conversation and the scope of our impact.

Let me give you three examples:

Here is why I bring this up:  if the christian gospel is supposed to be the solution – the antidote to the sin-sickness that ails us – but it continues to conceptualize the issues the way it does and participate in the culture wars the way it is … then we have a problem. The thing that is supposed to help make us well is actually contributing to the disease of ‘me and mine’. If that is the case, then what hope is there? At that point, we would no longer have the power of the gospel, we would have some odd mutation or amalgamation of some civil religion with vaguely christian veneer.

May it never be. What happens over there impacts us over here. We need each other. God designed us this way and Jesus both taught and modeled this way for us. If I only care about those things that impact me or only reach out to those who can profit me – what have I really done. Even the pharisees do that. We are to have an eye toward a kin-dom that doesn’t work the way this world does.

[tomorrow in part 2 I’ll explain why fundamentalism is pornography]