The Problem: with Peter Rollins 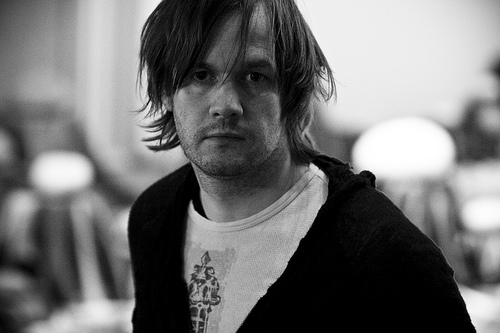 In fact, there is no author I am more prone to give my nieces and nephews than Peter Rollins. I am a fan and a promoter.

That is why I’m always to intrigued by those who feel the need to criticize, critique and call into question the motives and message of the young Irish poet-philosopher. Here is what I have begun to say:

Let me attempt to clear up a couple of critiques that I hear about Pete Rollins – they seem to center on the fact that he is one step ahead of most folks … and that makes it seem like he is up to something.

He’s just trying to sell books: He is an author. He is trying to sell books. But do you think that this little slice of the christian publishing industry that he would appeal to is lucrative? There is far more money to be made outside the faith for a guy this smart and likable. He is a friend of the church and he helps people’s faith. Keep in mind that he speaks at churches! If he wanted to use his considerable smarts to simply sell books – this would not what he wrote about.

He’s importing Post-Modern stuff into the church: in the book ‘The Postmodern God’, Graham Ward was explaining his inclusion of a certain author by outlining the sensibilities that overlapped in four areas:

These four things seem to me to be vital areas for people of faith and the church to engage in for the 21st century. Pete is not pulling the wool over people’s eyes with this post-modern stuff: he is asking them to consider that they may have pulled the wool over their eyes in some way. That is not being tricky – that is being the best kind of mischievous.

People just like his Accent/Stories/Language: Yes he has a beautiful Irish lilt. Yes he tells amazing stories. Yes he is very engaging. But if you think that this is a personality-package-presentation thing, I am afraid that you are missing the radical nature of his content. Certainly the presentation doesn’t hurt anything – as a delivery system. The drug, however, is potent and I don’t want to confuse the content because of the form.

Here what Rollins bring to the table (as I said yesterday):

Part of what I love about Rollins’ project is that he helps expose the invisible or unstated second sentence so that we, as communities of faith, are not assuming something that should not be assumed – and then allowing us to state it appropriately so that everyone is on the same page and it is not invisible or hidden.

Admittedly, the danger is that it might take some of the magic out of it. I acknowledge that. The tradeoff, however,  is that we can be honest about what is really going on and move forward A) together and B) with integrity. I think that the tradeoff is worth the risk even if we do lose some  of the magic.

Now, having said all of that – I DO think that there is a problem with Peter Rollins, but it has nothing to do with any of those things.

My problem with Peter Rollins has to do with the medium and message. I think that he is all too right all too much of the time when he critiques TV preachers, evangelists and celebrities. I had an epiphany the other night as a I was standing there watching him watching him talk.
We were  in the building where I work, which is getting ready to launch a new gathering this Fall (called the loft). Part of the Bass-Rollins event was to help our folks catch the vision and see the need for such an endeavor. The whole things is being conceived of a conversation: the way the room is designed, the staffing, the facilitation, etc.
So when I was listening to Pete the other night make some astoundingly insightful points about televangelist and revival preachers I realized the importance of the medium and the message. Here was one guy, standing up front, we were all facing him and listening to him – and he was a little bit smarter/further ahead than we were. It’s still the problem of the one person at the front of the room with all the ideas/answers.
Now, that is not Pete’s fault. He is utilizing the medium to get out the message. But it did convict me that the architecture, furniture, and facilitation need to be different so that the medium matches the message if what I am concerned about is community and authenticity.

In the end, I am grateful for Rollins. I appreciate what he brings to the table. I admire his project and think that we need it even more than we know – which is kind of his point.