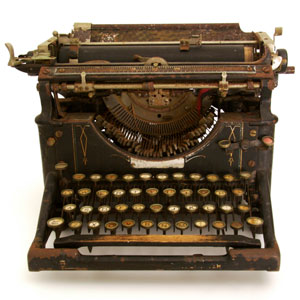 Two weeks ago I posted a progressive take on demons and explaining evil. Last week a guy named Nithin took up a fantastic response complete with critique. I answered him and then Deacon Dan Hague voiced some concerns. Here is my response to both them (including the quick recap).

Nithin said “to simply make the devil a poetic device does not take the text seriously is may impose a western, rationalistic values on a text that does not have that.”

My Hermeneutic Suggestion: when preaching, we take what we usually call the application and we bring it up into our interpretation. Think about the two examples of ‘feeding the 5,000’ and ‘Jesus walking on water’.  The point is never A) you can feed 5000 people with 3 loaves, or B) you can walk on water. Our application is never literal. It is practical-poetic : something like “trust god” or “take risks”. I am saying (as a progressive) to simply take that application and move it up in the process and make it your interpretation. When Jesus calms the storm, the point is to hear the word of Christ to “be not afraid” – not that we can boss storms around.
When we come to the temptation of Christ and the showdown with the devil …. think about what is going on in that text – what is its function? It is to refine or clarify Jesus’ ministry at the beginning. Its not ‘if’ he is the messiah, but to realize that it is ‘since’ he is … what kind will he be?
The devil was with Jesus in the desert. I honor what the text says. Its just that I don’t think there is a cosmic bad guy overlord called ‘the Devil’ who is a being in charge of evil. Another way to say it is : The devil is not a creature. But there is a devil.

There seem to be two major objections to my suggestion:

Now the second one I call the Christmas Problem. When people first learn that there is no Santa Clause and that Jesus wasn’t born on December 25th – it would be like saying “then Christmas is meaningless”. No, Christmas is full of meaning! Just not the meaning that you had originally ascribed to it. People who read Genesis 1-3 literally are a good case study of reading a text only one way.

To the first objection, I have stated elsewhere my suspicion that we may not mean the same thing when we say ‘devil’ or ‘demon’ as those of previous centuries or those in other cultures who speak other languages. A post-enlightenment exacting use of language is not the same as a pre-modern (or non-modern) narrative expressive use of language.

Once we stop being afraid of what we lose – here is what we gain:
When we preach on the feeding of the 5,000 (men, since women didn’t count) we never say ‘So we don’t need to buy bread any more’. We never show up for Communion Sunday and ask “who brought some crumbs – we are going to multiply it”. That is never the application. We never set up a wedding dinner and just start with a couple of items and trust for the rest.
So why not just move our application ‘to trust God’ up into our interpretation?

The application of Jesus walking on water is never to fill the baptismal and ‘try it out’. We know that is not the point of the text! It is ‘take risks’ or to ‘trust God’. So why not just make that our interpretation? It is not

about the physics of water walking!

When it comes to Jesus being tempted in the desert, why not focus on the economic, political and religious aspects of the story – and the function that they will play in the remainder of the gospel text?

It seems to me that we have little to lose and a great deal to gain by letting go of the wooden literal reading and trying to prop up a pre-modern metaphysic.

I have one favor to ask: please don’t bring up Bultmann. I am not demythologizing and unlike Marcus Borg I do believe in miracles. I am trying to point out the significance of the literary nature of the text and how it functions in our faith communities.

How does that sit with you? Does that work for you?  Too radical or adventurous?  Let me know.  -Bo