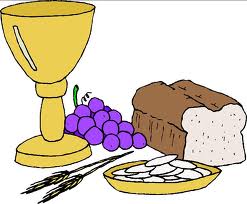 Yesterday I wrote about my appreciation for a book by John Reader entitled Reconstructing Practical Theology: the Impact of Globalization. I mentioned his use of Zombie Categories and promised to tackle a specific issue today.

Globalization and technological developments pose unique challenges and potential assaults on the conception of “self”.  Reader examines three manifestations of these developments: Self as Commodity, Self as Consumer, and Self as Project.  While admittedly the “human capacity to reduce oneself to an object is nothing new”, there is a unique capacity for the loss of dignity and of ones integrity that is of significant concern for issues of ministry.

When an individual views themselves as a commodity, defines themselves as a consumer, or constructs a new identity to project there are social behaviors that have communal implications involved at every level of engagement. Each implication carries a legitimate concern regarding community and pastoral care.

Reader addresses specific concerns about globalization by interacting with writers from various camps who are attempting innovative critiques or corrections to some of the challenges provided in globalization. At one point he examines Radical Orthodoxy and the approach of John Millbank and William Cavanaugh, who promote the Eucharist as an antidote to globalization’s blurring of boundaries.

It is suggested that globalization fragments space and dislocates the individual from location and community as a result of the fragmentation. Whereas “globalization is a master narrative, one which claims universal truth and authority for itself”, Eucharist is promoted as being trans-historical by collapsing “all spatial and temporal divisions” in its catholicity.

Reader has serious concerns about Cavanagh’s (and Radical Orthodoxy’s) solutions to globalization’s challenges:

I will next raise some questions and reservations about his solution to the problem of how Christianity might be a site of resistance to the excesses of global capitalism. The value of his book is that it draws out issues which are central for practical theology as it engages with globalization and one can agree with his analysis without agreeing with the proposed antidote.

This provides a significant distinction for Reader will readily agree with Cavanaugh’s (and Milbank’s) analysis of the zombie categories and strongly affirm the profound danger of the commodification of church and the packaging of religious programming for appeal to a consumer driven market.

It is crucial that communities first acknowledge the realities of globalization and its impact upon the congregation (including the individual members that make up the congregation) or else it will be in danger of becoming an enclave that has simply created a fantasy for use during meeting times. Groups that do this create a toxic dichotomy in the lives of members – one while the group is together and another for the real world outside the meeting. While innovative approaches are much needed and deeply appreciated they must be constructed in full awareness and admission of the epic shifts happening in every society.

This really hit home with me for several reasons. The biggest reason is just how much I hear about communion. As one who has emerged from an evangelical upbringing, participates in the emergent conversation and is employed at a mainline church – I hear about the importance of Eucharist, communion and breaking bread. While I am willing to admit that there might be something I am just not getting about this issue, I am shocked at how much stock the folks I interact with talk about it.  And it’s a diverse group of folks:

That is quite a spread. So I should probably admit that I have never bought into trans or con substantiation. I am allergic to the whole debate about ‘real presence’ and I am nervous anytime someone calls it ‘sacrament’ hoping that they actually know what sacramental means theologically and are not just using that like religious ‘special sauce’ to sprinkle on things we want to give elevated importance to.

I think that it is beautiful symbol, an important ceremony and true sacrament. So this thing that the Rad. O folks try and do to use Eucharist to combat consumerism is just funky to me. Its not just a stretch – it might be missing the point all together. Do we need to combat consumerism? Yes.  Is this the way to do it?  I don’t think so.

Having said that, I will agree with two things:

Consumerism needs combating. I just don’t think that rehabilitating old categories and ancient practices are going to be the solution. I do think that ancient practices should be a vital part of a whole integrated approach and an import anchor in the church’s web of meaning. I just get nervous when there is so much importance placed on Eucharist and that is often the first, and sometimes only, thing mentioned.

But if we go buy the bread and juice then provide people a religious service of them consuming it like they would a biscotti and latte?  They leave the transaction feeling better about themselves … that might actually be feeding their consumeristic mentality!