Is this even Christianity?

Home / engaging / Is this even Christianity? 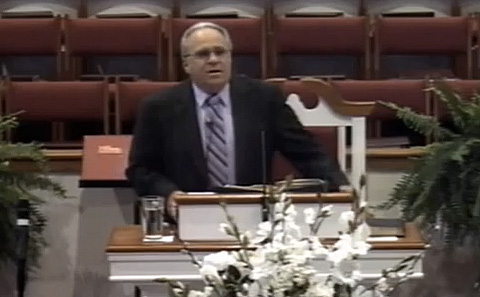 This past Monday I caught wind of a cooky Southern preacher who preached about a plan to exterminate lesbians, queers and homosexuals. I hear a lot of chatter about this kind of thing so I hoped it would just go away.

By Tuesday night this North Carolina pastor was showing up all over Facebook and Twitter. By Wednesday morning he was the ‘most popular’ link on all of Yahoo! world homepage.

If you have not seen this video, be warned. It is in no way understated. Here is the link:  NC Pastor

I have 3 main thoughts about this:

Nothing thus far is that surprising – save the actual sermon by the NC Pastor. Here is my concern:

Admission: I have been re-reading Stuart Murray’s Post-Christendom and … while that is admittedly probably not the best idea … I have to admit that this whole ‘legislating civil unions and marriages’ thing in North Carolina could not come at a worse time for me.

For what it is worth, here is my 2 cents.

I’m not really sure what other course of action I have in this situation. I spent last week in the woods with no technology and unless I want to perpetually retreat away from all this ugliness, I have got to address this kind of craziness at some level. What else is there in the face of hate except to love?