Our Double Theology of Debt 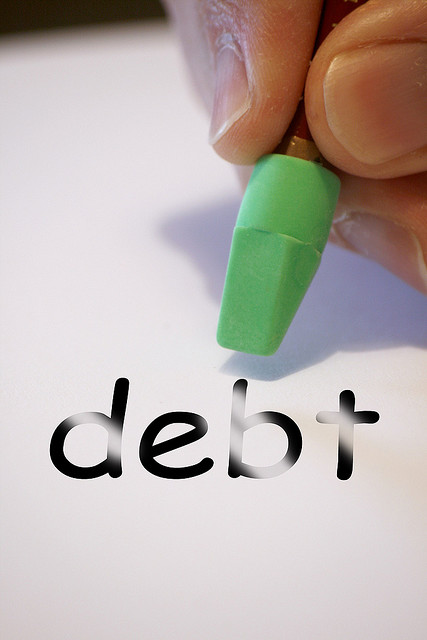 We all have to pay our debts right? Isn’t that the moral thing to do? This is so self-evidently true to us that it seems ludicrous for anyone to challenge it. But that’s exactly what David Graeber does in his important book Debt: The First 5,000 Years. I’ve been doing a series of posts on the book over on my personal blog and Tripp asked me to follow up his post on student loan debt.

Discussions of debt quickly turn into moral arguments and because we have forgotten that interest was a technology created by humans, we forget that there is nothing natural about it. Other cultures have rejected the idea of interest, as shown by the following funny story of the Sufi philosopher Nasruddin:

One day Nasruddin’s neighbor, a notorious miser, came by to announce he was throwing a party for some friends. Could he borrow some of Nasruddin’s pots? Nasruddin didn’t have many but said he was happy to lend whatever he had. The next day the miser returned, carry Nasruddin’s three pots, and one tiny additional one. “What’s that? asked Nasruddin. “Oh, that’s the offspring of the pots. They reproduced during the time they were with me.” Nasruddin shrugged and accepted them, and the miser left happy that he had established a principle of interest. A month later, Nasruddin was throwing a party, and he went over to borrow a dozen pieces of his neighbor’s much more luxurious crockery.  The miser complied. Then he waited a day. And then another… On the third day, the miser came by and asked what had happened to his pots. “Oh, them?” Nasurddin said sadly. “It was a terrible tragedy. They died.” ~Quoted from Debt

Why does the morality of debt repayment focus solely on the debtor? Graeber argues that we have a double theology of debt, one for the creditors and one for the debtors. The proponents of this double theology use the economic term “supply-side economics.” This theology/economic theory was taught to me in my Economics 101 class in college and is championed by the religious right. You may balk at the linking of economic theory and theology, but examine this stunning example summarized from George Gilder’s Wealth and Poverty:

Gilder’s argument was that those who felt that money could not simply be created were mired in an old-fashioned, godless materialism that did not realize that just as God could create something out of nothing, His greatest gift to humanity was creativity itself, which proceeded in exactly the same way. Investors can indeed create value out of nothing by their willingness to accept the risk entailed in placing their faith in others’ creativity. Rather than seeing the imitation of God’s powers of creation ex nihilo as hubris, Gilder argued that it was precisely what God intended: the creation of money was a gift, a blessing, a channeling of grace; a promise, yes, but not one that can be fulfilled, even if the bonds are contually rolled over, because through faith (in “God we trust” again) their value becomes reality.

With reflections like these, supply-side economics became the de facto theological ideology of the religious right, with Pat Robertson going so far as to declare it as “the first truly divine theory of money-creation.” Within this theology, it is imperative that the debtors must always repay. While the creditors are lauded as God’s instrument for the ex nihilo creation of endless wealth. The “job creators/risk takers” are the saints, while those in debt are the wretched sinners. This theology is so widespread that it has been naturalized in our thinking. It doesn’t even occur to the new atheists to challenge it.

But how did we get to here? This perverse reversal of theology into a means of perpetual bondage for debtors could not be any farther from the liberative texts of the bible. They are unanimous and univocal in their condemnation of all forms interest and differentiating wealth. Jose Porofino Miranda, in Communism and the Bible, says the condemnation of differentiating wealth in the Bible is “so obvious and abundant that it will show us the prodigies of tergiversation (the evasion of clarity) and voluntary blindness that the theologians and exegetes, and even the translators of the Bible, have had to deploy in order to muffle a book whose solitary intent was the change the world and eliminate injustice.”

In that book, Miranda undertakes a detailed examination of the texts, but I want

to highlight one important point. Without a single exception, every time that the word for interest is used in the Bible, it is condemned. Deuteronomy 23:19 condemns it three times “You shall not charge interest on loans to another Israelite, interest on money, interest on provisions, interest on anything that is lent.” The universal condemnation of usury is not isolated to Liberation Theologians, but was well-known to the early church. Take for example this excerpt from a sermon by St. Basil from 365 CE:

The Lord gave His own injunction quite plainly in the words, “from him that would borrow of thee turn not thou away.” But what of the money lover? He sees before him a man under stress of necessity bent to the ground in supplication. He sees him hesitating at no act, no words, of humiliation. He sees him suffering undeserved misfortune, but he is merciless. He does not reckon that he is a fellow-creature. He does not give in to his entreaties. He stands stiff and sour. He is moved by no prayers; his resolution is broken by no tears. He persists in refusal. Then the suppliant mentions interest, and utters the word security. All is changed. The frown is relaxed; with a genial smile he recalls old family connection. Now it is “my friend.” (emphasis added)

Notice how Basil’s moralizing is the direct opposite of today’s, he condemns the one who lends. It only took a short while after the cross-bearers became allied with the cross-builders for the theology to change. The theology of the Hebrew prophets, Jesus, and the rest of the bible is one-way: the way of liberation. Interest isn’t natural. It’s evil.