A Most Interesting Reading of Moses at Meribah (Numbers 20) 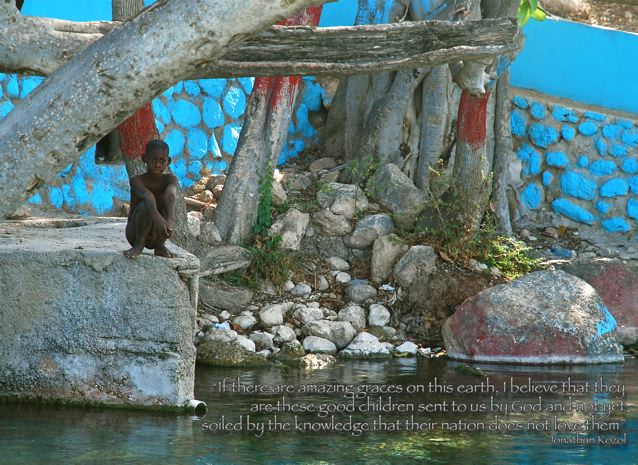 Recently I stumbled on what might be the most interesting reading of Moses at Mirebah I have seen. It comes from the book Emergency Politics by Bonnie Honig (also on Kindle). In it, she is engaging the theology of Franz Rosenzweig – a contemporary and rival to the German (later Nazi) Carl Schmitt who famously said “” Sovereign is he who decides on the exception.”

In Numbers chpt 20, Miriam passes away. She had been a prophetess for the people and had challenged Moses’ authority on occasion. Immediately after her passing (this will become important) the people realize that there is no water and press Moses and Aaron for solutions. Moses and Aaron step away from the people to seek God and receive instruction to “take the staff and speak to the rock – it will pour out water before their eyes”.

Moses, as you may remember, doesn’t follow instructions to the ‘T’. He ad libs a little bit.  He does indeed gather the people but then he veers from the plan. He chastises the people and then strikes the rock. Two things happen:

I have preached this passage many times and have read lots of treatments. I am intrigued by this passage and have always been unsettled by one detail in the story, which I have never been able to resolve:

why does the Lord tell Moses to take the staff if he is just going to speak to the rock? Why even mention the staff?

Here is where Honig and Rosenzweig bring a unique reading. The staff represent something magical like sorcery – or the miraculous for the early 20th century. This is a political theology and what is at stake in the suspension of law in emergency conditions. Can a sovereign power suspend law in the same way that  God suspends the laws of physics in order to preform miracles? Leaders, being empowered by God, the thinking goes, could suspend ‘normal’ activity if they determined an exceptional circumstance.

In Honig and Rosenzweig’s hermeneutic the dispersed empowerment of the people (multitude) is the location for God’s will and is intended to be home to the will/voice of the Lord. But, as we know, this responsibility had been too overwhelming and was resisted by the people in selecting Moses as a king type who would speak to God for/instead of them (Exodus 20:19). This was an abdication by the people of what the Lord had desired for them as a people – to be prophets all.

This resistance is reinforced when the voice of the people rises in the absence of water, and Moses (along with his brother Aaron) turn away from the ‘stiff necked people’ and receive instruction to speak to the rock. Moses then, probably importing the top-down authoritarianism of his Egyptian upbringing, disobeys the command to speak and instead, chastises the people and strikes the rock with his staff in an act of magical sorcery. God, though it produces water, reprimands this act, and Moses is disallowed from entering the promised-land with the people.

This event is placed within the historical context, earlier in the passage, where Miriam passed away and immediately the people realized that they had no water and held a council against Moses and Aaron. Miriam’s name alludes to water and she was the sister who placed Moses in the Nile’s water when he was an infant. She had been the only one to challenge Moses’ authoritarian ways and she provided, as a prophetess, a check to Moses’ power. Without her, this reading states, Moses proved he will give the people … “not authentic prophecy, but sorcery.” In not recognizing the predictive prophecy of the people (and Miriam), Moses loses his leadership of the people.

Honig utilizes Rosenzweig’s two types of prayer – one that spontaneously arises in a situational moment, and another that is used by the community and creates an openness or receptivity – to analyze the judicial deliberation surrounding the Bush v. Gore presidential ruling. By imagining that the people could have risen up in expectation of a serious effort to count valuable democratic votes instead of waiting for a Schmittian top-down rule from the authorities. The sovereign power might have been within the people prepared for and receptive to the sign instead of what came from above it – a rupture from beyond them. This expectation is foreshadowed within the Mosaic tradition that one day all of the people would be prophets (like Miriam).

Honig asks if this metaphorical reading (which it expressly is)  is a good model for democratic politics and a comparison of the  “state of legal exception to the divine rule of god”. The people, she says, when bound together can give to themselves the powers of state and can again decide to suspend them when, as a multitude, they are oriented and receptive (having been prepared) to the consequences of such action and what they point toward as a sign.

This, in the end, is the problem with magical thinking! We abdicate our power as the people – to be receptive to and bring forward the voice and will of God – in favor of looking to magically empowered leaders to suspend the rules that govern due to exceptional (or emergency) circumstances and hand down solution (metaphorically) through sorcery.

It makes sense then why the Lord even mentions the staff if Moses is ultimately to speak to the rock. It is a metaphor (symbol) of concentrated power that is present but to be resisted in lue of the prophetic possibility of speaking. In that speaking, which is to be located in the people (multitude) prepared by prayer, that a sign is revealed that points to a greater reality. We never hear that voice if a receptive people continually abdicate that potential to exceptional leaders who are expected to provide magical results.