The Death of the Liberals is killing us

Home / engaging / The Death of the Liberals is killing us 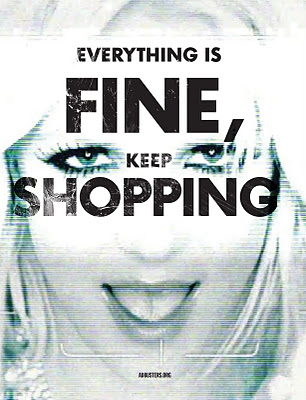 In chapter 1 of his book Death of Liberal Class, Chris Hedges sketches both the height of the Liberal era in the 19th century and its cataclysmic implosion with the arrival of World War in the 20th. The disillusionment of human evil, aggression, and suffering deflated the optimism of innate human goodness and inevitable progress that Liberalism is founded upon.

To understand the profound impact of Liberalism’s demise, it helps to make sure one understands the difference between Classical Liberalism and it’s contemporary milquetoast descent that slinks around in straw-man form on our 24 hours news cycle.

Hedges explains (pp. 6-7) “Classical liberalism was formulated largely as a response to the dissolution of feudalism and church authoritarianism. … (It) has, the philosopher John Gray writes, four principle features, or perspectives, which give it a recognizable identity. It is :

Both John Cobb (Mainline)  and Clayton Crockett (Radical Political Theology) use very similar formulations in their recent Homebrewed  podcasts. Cobb, by focusing on the demise of the Mainline and Crocket, by focusing on the Evangelical and Religious Right, articulate the monumental shift in the religious-political landscape in the past century.

The Mainline denominations are in a collapse narrative and it makes perfect sense why when one examines both the way liberal thought partnered with power in the 20th Century and the way that conducted itself (largely) within the shifting landscape of post-war realities at home and globalization abroad.

“In a traditional democracy, the liberal class functions as a safety valve. It makes piecemeal and incremental reform possible. It offers hope for change and proposes gradual steps toward greater equality. It endows the state and the mechanisms of power with virtue. It also serves as an attack dog that discredits radical social movements, making the liberal class a useful component within the power elite. But the assault by the corporate state on the democratic state has claimed the liberal class as one of its victims…

The inability of the liberal class to acknowledge that corporations have wrested power from the hands of citizens, that the Constitution and its guarantees of personal liberty have become irrelevant, and that the phrase consent of the governed is meaningless, has left it speaking and acting in ways that no longer correspond to reality. It has lent its voice to hollow acts of political theater, and the pretense that democratic debate and choice continue to exist.”  (pp. 9-10)

We talked yesterday about the fictitious nature of the supposed Left-Right spectrum.  For those of us who participate in christ centered communities and organizations, what does this mean?  While incomplete, here is my little experiment to come up with a game-plan for a start.

The church can do these things! We have deferred to the political system for too long. We have outsourced our responsibility to society but now live with the remains of the bloated carcass Christendom. With the death of the liberal class resistance to corporate rule and unchecked consumerism is impotent. The Citizen’s United ruling is just one step on long trail … but we know where it leads.

There are churches in every community and there may be no greater existing potential than us! **  I know it sounds dreamy, but in the rest of this series I want to flesh it out. By the end, it might not seem as far-fetched as it does right now.

*Wall Street campaign funding, legalizing assassination, and Guantanamo Bay are your first 3 hints.
**  The danger of course is that we keep voting based on two issues while turning a blind eye to  corporate rule, environmental deregulation, and perpetual war.